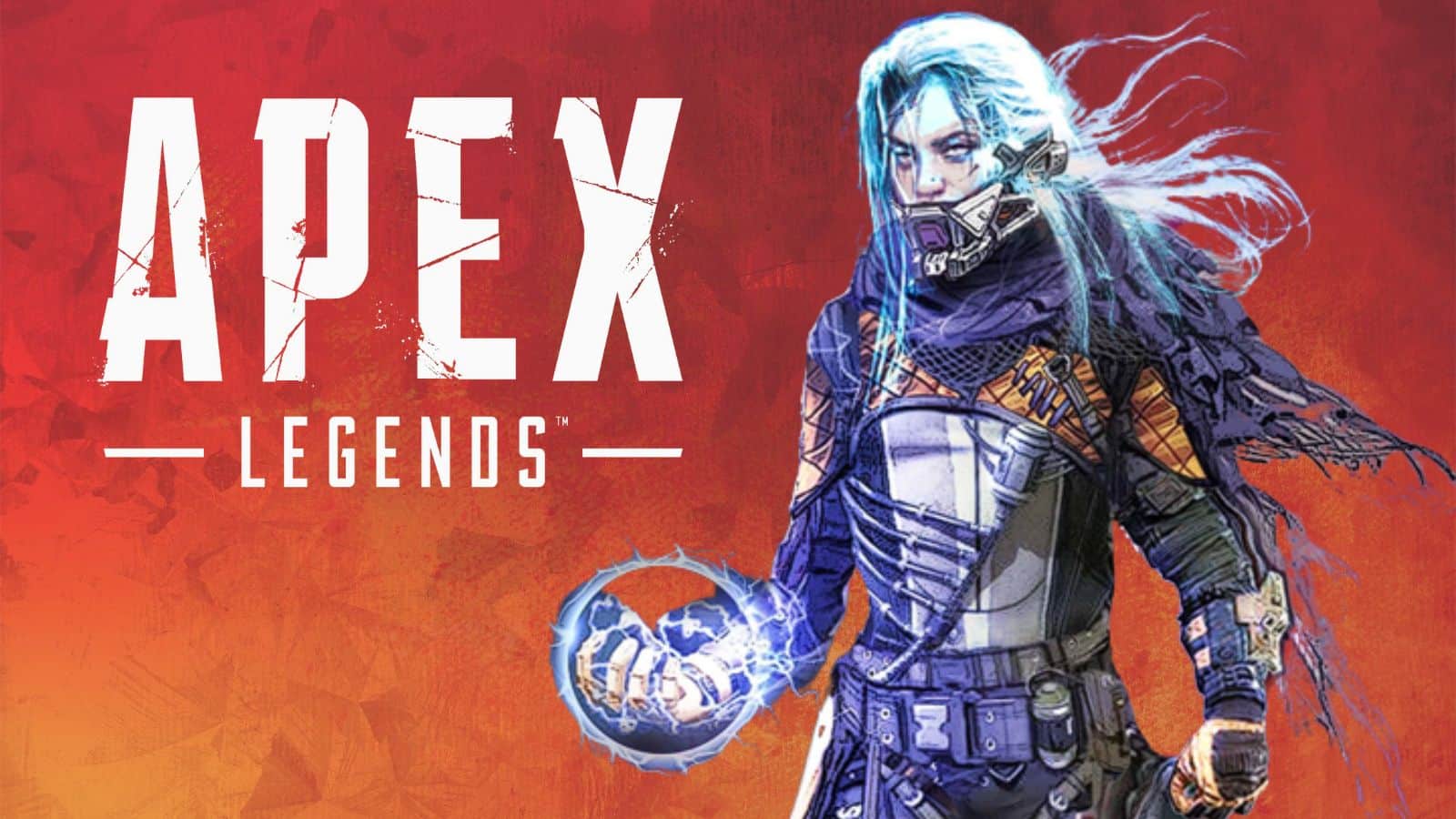 Apex Legends Season 15: Here are some of the best Legends for you to choose from

The frantic battle royale Apex Legends has enjoyed a great deal of popularity in the genre, which can be at least largely attributed to its imaginative cast of playable legends, each of whom adds something special to a team’s makeup. Players can pick from a wide range of legends to ensure they are playing a role that suits them, whether it is a defensive kit to hold back enemies, an aggressive kit to push them away, or a support kit to help allies.

These legends have few, if any, significant weaknesses and are strong assets to any team. There are three legends in this rank.

With an astounding win rate, Bloodhound frequently ranks among the most popular characters. This is a result of their astoundingly strong arsenal of skills, the strongest of which is tactical that can detect foes through barriers and inform all teammates of their whereabouts. Their ultimate speeds them up and shortens the time it takes for their tactical ability to recharge, and they can locate engagements by tracking the whereabouts of foes on the ground. There isn’t a finer recon character for your team than this, hands down.

There’s a solid reason why “sweaty” gamers and streamers associate Wraith with them. Her passive, which lets her know when she’s being targeted, is a helpful but uninteresting advantage. Her ultimate and tactical skills, though, provide some serious mobility and utility. The former gives her invulnerability and a 30% speed increase to help her restart fights that haven’t gone her way. It’s without a doubt one of the best abilities in the game. The latter is a doorway that she and her team members can utilize to move around when they find themselves pinned in a difficult scenario. When you consider everything, a good Wraith is difficult to track down and kill.

Powerhouse on defense Gibraltar is a formidable opponent. He can deflect some opponent bullets with his gun shield, essentially boosting his health by an additional 50 points. His deployable bubble, one of the best in the game, shields teammates for 12 seconds while rezzes, healing, or repositioning. Before we discuss his ultimate, which rains down hell on opposing teams for significant damage and area denial, Gibraltar is a monster on the battlefield when you consider the fact that he receives 15% less damage from all bullets.

These legends do their roles admirably, but they can have one or two flaws that prevent them from becoming the best of the best.

Because of his tactical ability, good Octane players may be a huge asset to their teams. He can move with near-constant additional speed to get to engagements or change positions quickly. Naturally, each time he does so, he loses a significant portion of his health, which he then very slowly regains with his passive ability. His ultimate throws out a jump pad that the squad can utilize to bounce on to gain height or traverse wide gaps. Because it recharges quickly, it can be used frequently. Octane is one of the greatest choices for quick and jittery players because of its speed and versatility.

Valkyrie has unrivaled mobility because of her jetpack, which enables her to change positions frequently and consistently reach altitudes that no other character could hope to achieve. It is quite useful for rotations to be able to use her ultimate to redeploy to a new region, and it also has the added benefit of pointing out where adversaries are in plain sight. She is excellent at bringing someone out from behind cover thanks to her tactical, which has a broad AOE and deals damage and stuns to foes. She has been hit hard by several Season 14 nerfs, though, which have made her more comparable to other characters. She still adds a lot of value to almost any team, though, despite that.

Newcastle’s abilities are all geared around area denial and protection, and in Season 14, he received significant upgrades to each of these skills, making him more effective than ever. He may take downed friends to safety while he rezzes them using his passive ability, which enables him to produce a tiny shield in front of them. To provide himself and his squadmates with cover as they reposition, his tactical ability launches an energy shield that can be moved and tilted in any direction for a brief period.

Finally, his ultimate ability causes him to lunge forward and build a sizable, sturdy wall with varying heights so that his crew may fire from behind it during gunfights. Newcastle is a premier defensive legend who competes with all others thanks to his abundance of protecting qualities.

The lovable and talkative robot Pathfinder has long been a favorite among players who prioritize mobility. His grapple is one of the most adaptable movement options in the game and rewards high-skill plays with incredible rewards. His ultimate, meanwhile, is frequently used to transport him and his allies to new locations and is particularly useful for spanning horizontal distances. Pathfinder is a superstar even though his passive, which essentially recharges his ultimate after using recon beacons, is largely useless.

Mad Maggie had a solid kit that made her a viable selection when Season 12 began, and some beneficial buffs have improved her even more in Season 14. She can scan foes after dealing damage to them briefly, and her passive also makes her move more quickly when using shotguns. Her ultimate offers speed boost pads and explode on adversaries for a little amount of damage and a little bit of confusion while doing damage through obstacles to flush enemies out of position. Without a doubt, Mad Maggie is a meta legend at the moment and a great substitute for other aggressive legends like Wraith, Bloodhound, and Octane.

Right away, Vantage had a significant impact on the situation and hasn’t let up. She is an excellent choice for pretty much every sort of player because she has an incredibly useful kit that assists both her and her team in a variety of situations. Her tactical ability sets her bat friend Echo somewhere and then lets her launch herself to them and double leap from that spot, while her passive enables her to zoom in even while unarmed to provide crucial insight to her team.

Last but not least, she can mark adversaries with a sniper rifle as part of her ultimate ability to do more damage to them. A scary opponent to face, playing Vantage ensures that you can greatly help your squad at practically any range.

These legends are excellent choices that, in the hands of expert players, can be very helpful in particular situations, but they lack the amount of utility required to be strongly advised.

Another powerful movement legend, Horizon rewards players who can take full advantage of her great passive and helpful tactical ability. The former enables her to ignore the impact animation brought on by high falls, allowing her to begin shooting as soon as she lands. The latter’s vertical boost to high places is highly effective for scaling new heights, but it has the drawback of being usable by opponents as well. Her ultimate ability is effective for area denial in small spaces, but it is typically simple to negate or disregard. But Horizon is a great choice if you don’t mind giving up a decent ultimate for great mobility.

One of Apex Legends’ most evenly matched legends has always been Bangalore. When being shot at, her passive ability enables her to move rapidly, and her ultimate is excellent for denying an outdoor area. And while her smokes might be excellent for concealing a rez or escape, if utilized during or surrounding gunfights, they can seriously hinder your team by impairing their vision and causing complete shambles. She needs a high level of awareness, as a result, to be utilized to her greatest potential.

Rampart’s Season 10 buff transformed her from a low-tier character to a wise choice for players who prioritize defense, and her Season 13 buff has only increased her viability. Her enhanced walls offer more cover and slightly increased damage when fired through them, while her passive increases her lethality when using LMGs, a class of weaponry that is already well-recognized for its potency. Sheila, the enormous Gatling rifle she uses as her ultimate, may now be utilized while moving. However, it substantially slows her down, making her easily outflanked by strong opponents. Although Rampart lacks the mobility necessary to be meta, those seeking a novel challenge will discover that she has enough punch.

These legends can undoubtedly help teams win when the circumstances call for it, but they could use some substantial upgrades to catch up to many superior legends.

Caustic is renowned for his foul gas, and his ultimate is the greatest way to demonstrate this. It can be used to drive teams out of cover or provide cover for heals and rezzes. Fans of the legendary will be disappointed to see that his Season 12 nerf now makes it possible for players to demolish his tactical gas traps after they have already gone off, making him slightly less effective at the kind of long-term area denial that has always characterized his kit. His major drawback, however, is that due to his enormous hitbox, he must battle in close quarters to perform to his maximum potential. Caustic has been in better and worse situations, but right now, most teams just consider him an average pick.

When it was first released, Seer had a promising start, but subsequent nerfs have dropped this recon-focused character even more. In some circumstances, Seer’s ability to detect the heartbeats of surrounding enemies can be helpful to him, and he can utilize his strategy to impede adversaries who are healing or rezzing. Unfortunately, his ultimate is too situational, and many teams are aware of how to either simply destroy it in the middle of the sphere or crouch to escape detection inside of it. Seer is currently an unwise choice for most gamers because Bloodhound is simply too superior.

The bad condition of these stories makes it very challenging to promote them to anyone save the ardent followers of the characters and their particular kits.

Trickster Mirage has a fun kit that enables him to send out and control a decoy, and his ultimate ability causes a large number of these decoys to spawn nearby while giving him a very brief spell of invisibility. However, except for his niche ability to turn invisible while rezzing allies, Mirage just lacks any team utility. His deceptive tactics also don’t make up for his utter lack of mobility. The majority of teams will discover that he’s better used for some well-earned chuckles rather than to maximize the composition’s potential, while some players may overcome his flaws with sheer brilliance.