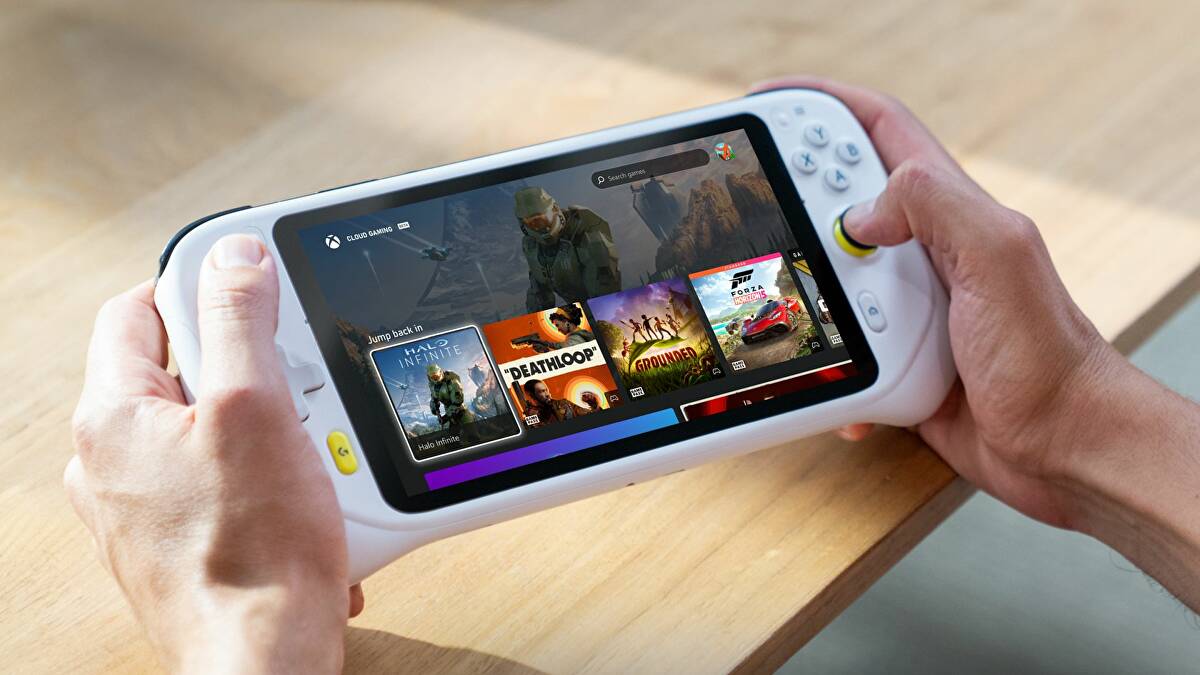 The Logitech G handheld cloud gaming console, created in partnership with Tencent, has been introduced by the company. The console will begin shipping in October 2022, according to the business.

The details of the handheld console’s design and specifications were unknown when Logitech first unveiled it last month. But prior to the actual unveiling, a few leaked images have already given us a general idea of how the console will seem.

NVIDIA’s GeForce Now and Xbox Cloud Gaming will be supported by the system. Additionally, with the SteamLink app, customers will be able to stream local games from their Xbox consoles and Steam games.

Catherine Gluckstein, VP of Xbox Cloud Gaming, said, “At Xbox we’ve been on this journey to bring the joy and community of gaming to more people, and we’re excited to see Logitech G launch a cloud-gaming device that will delight players with Xbox games in more places.” Both GeForce now and Xbox Game Pass Ultimate jointly feature over 1600 games.

Even while cloud gaming has received a lot of attention, it can be difficult to break into the market. The best illustration of this is Google Stadia, which, although being one of the forerunners in cloud gaming, failed to establish itself as a household name. Stadia is currently in a situation where Google had to reassure users that it was not shutting it down. Given this, Logitech and Tencent will need to proceed with extreme caution in the rocky waters of cloud gaming.

Despite being a handheld console centred on the cloud, the Logitech G will undoubtedly compete fiercely with the Nintendo Switch and Steam Deck from Valve. While the Steam Deck is rapidly gaining popularity because to its support for well-known triple-A games, both of these handhelds have already established themselves in the market. As a result, Valve has already disclosed that it is developing a new Steam Deck.

Previous articleSony showcases its PlayStation VR 2’s features in New Trailer Video
Next articleLaver Cup 2022: Nadal shares his excitement about being paired with Federer, for an unforgettable historic moment