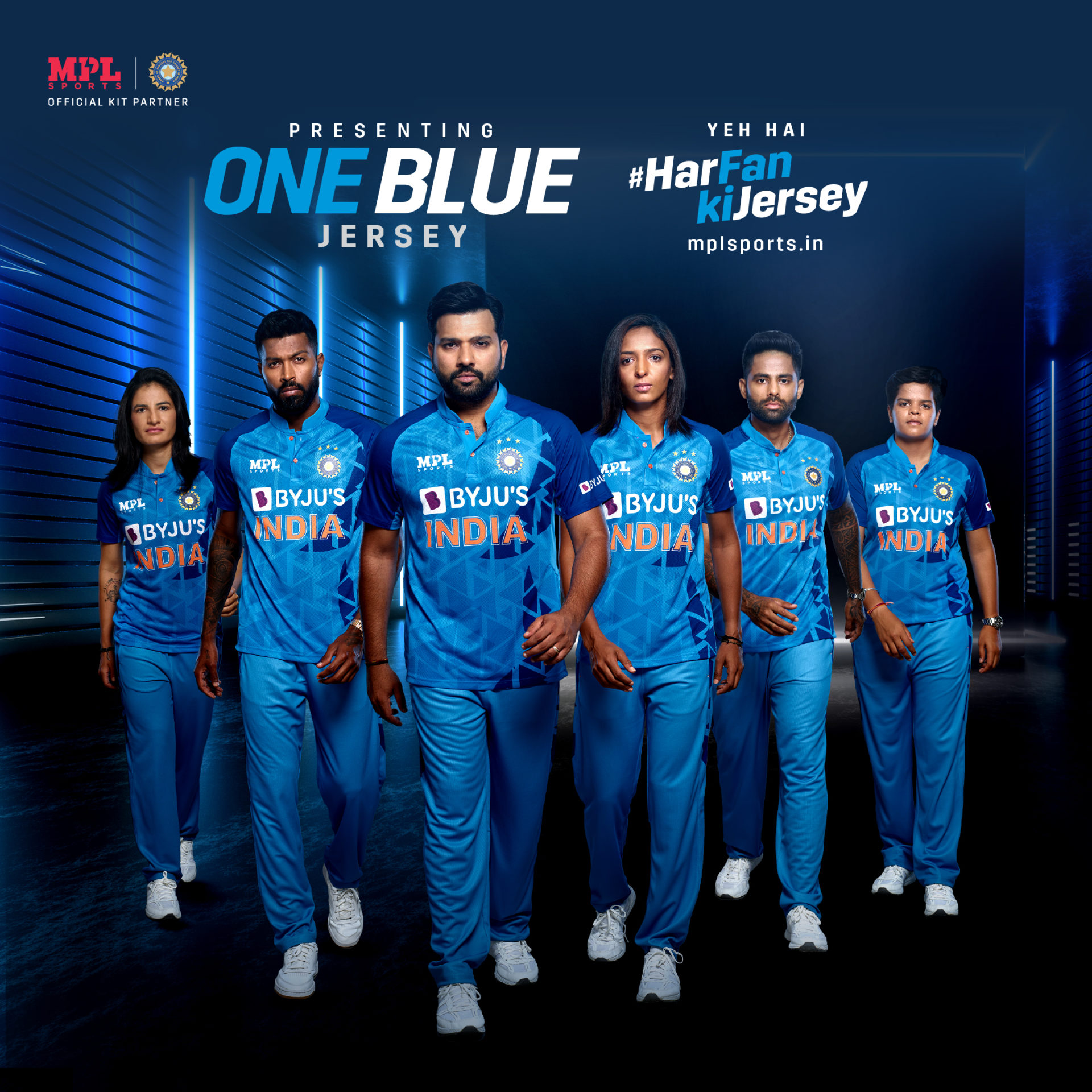 ~ Fans of the Indian cricket team come from all genders, age groups and geographies.  These fans are now front and centre in the new One Blue jersey as it celebrates them and pays homage to the unity, indomitable energy and support they bring to the game. The jersey starts retailing at an affordable price of just INR 1,999. ~

MPL Sports, the official kit sponsor of the Indian Cricket Team, and the Board of Control for Cricket in India (BCCI) today unveiled the official Team  India Jersey for all T20 Internationals. Called the ‘One Blue Jersey,’ it celebrates the indomitable energy and enthusiasm that supporters bring to the game. Most importantly,  it pays homage to the legions of fans that span different genders and age groups and transcend geographical borders.

The jersey is styled with a pattern of equilateral triangles—a universal symbol of the blend of energy, spirit and power—that celebrates the unswerving support of the fans who have stood behind the team through thick and thin. Combined with petals found in the BCCI’s insignia, the jersey embodies the loyalty and merit that the game demands. The jersey comes in shades of the iconic and fan-favourite blue color for a look befitting the champions of the game.

The jersey starts retailing at Rs 1,999 and will be available for purchase at mplsports.in starting today, and all leading e-commerce and retail outlets. Along with this, over 40 SKUs, including player edition jerseys, training gear and athleisure wear, will be available.

Previous articleOverwatch 2: Kiriko – a support type hero introduced in the Game
Next articleStar Sports channels will broadcast India vs Australia Live in 5 languages and stream digitally on Disney+ Hotstar