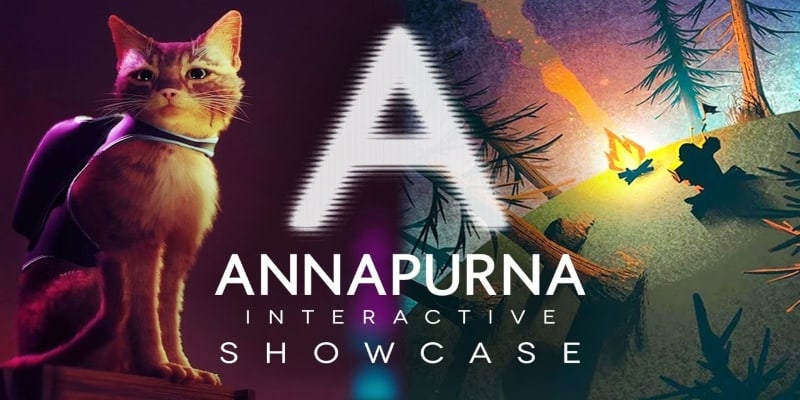 The second annual Annapurna Interactive Showcase has just wrapped up, during which we got a look at a tonne of new projects in development, updates, and a handful of upcoming releases from the publisher of Stray, Neon White, Sayonara Wild Hearts, and tonnes more.

Thirsty Suitors is an upcoming role-playing game by Outerloop Games (Falcon Age) that combines aspects of dating sims, turn-based combat, and skating mechanics. Play as Jala, a young woman who must deal with her several ex-boyfriends when she goes home for her sister’s wedding while also managing her family’s expectations and mending relationships with friends and family. Despite not receiving a release date this time, we did get to see a lot of gameplay, and a free demo is already available on Steam. For PC, PlayStation, Nintendo Switch, and Xbox Game Pass, Thirsty Suitors will be available.

Hindsight, the exquisite tree cultivation puzzler from the same developer as Prune, received a brand-new trailer today along with a release date for the first time. In the game Hindsight, physical things can serve as windows into the past as it follows a woman’s life from her birth to the present. The release date is August 4 for PC through Steam, iOS, and Nintendo Switch.

A New Project from the Creators of Kentucky Route Zero

Cardboard Computer made an appearance at the presentation to announce that the company is currently working on a brand-new project after nearly ten years of effort on Kentucky Route Zero. Despite the lack of a trailer, the team modelling a dog was visible to us. Additionally, the team provided some project descriptors, stating that this is the first project in which Cardboard Computer is “truly focusing on performance as a key aspect of the work” and that it has a “different tempo” from Kentucky Route Zero, being “faster” and “hopefully funnier.”

The video game that Dinogod Studio has been working on, titled Bounty Star: The Morose Tale of Graveyard Clem, has now been made public. It looks like an Old West-style shooter with a female lead who controls a cool mech in a way that is nearly Titanfall-like, and it’s all set to music by Brother Edge. For the PlayStation, PC through Steam, and Xbox Game Pass, Bounty Star will be available sometime in 2019.

Yarn Owl, a Texas and Georgia-based studio, stopped by for a section to chat about the firm’s founding and how A Legend of Zelda: Link to the Past served as inspiration. No gameplay or specific information on the studio’s project was shown to us, but we did see some models of adorable characters bounding around an adventurous landscape that had a hint of Wind Waker about it.

Outer Wilds was one of the items Mobius Digital revealed during the Annapurna showcase last year in addition to other stuff. That still hasn’t happened, and this year Mobius returned to reassure us that the Switch version is still in development, though the studio doesn’t yet have a set release date. Outer Wilds is receiving 60 frames per second update for the Xbox One X, Xbox One S, and PlayStation 5, albeit this update has a more specific release date. The upgrade launches on September 15 for no cost.

The Pathless, Maquette, and Solar Ash

It appears to be a game where a player rides a colourful bird while soaring over stunning landscapes and gathering small floaty bug fellas to follow them. However, we didn’t witness a lot of gameplay, rather just beautiful panoramas. Later on, it will be released on PlayStation, Xbox Game Pass, and PC through Steam.

Hohokum lets you in control of a colourful little ribbon person that bounces across stages, sometimes with a group of other colourful buddies following you or riding on your back. It has the same cute aesthetic as Ynglet and Kirby and the Rainbow Curse. Okay, it’s a little difficult to explain and, if you’ve played it before, quite open-ended. However, it was released on PC via Steam in 2014 and was created by Honeyslug for the PlayStation 3, 4, and Vita.

Creator of Wattam and Katamari Damacy Keita Takahashi is back at it with a brand-new business named Uvula. Yes, the tiny protrusion at the throat’s back. The only thing we saw was a charming Takahashi-style figure softly snoozing away with the camera focused on his uvula and a dog licking his cheek. We have no idea what the game is truly about or what you do in it.

If Foundcreators …’s come on the stream to discuss their inspirations while exploring Irish ruin sites and to preview their upcoming project. The upcoming game will take place in a fantastical version of Ireland, and all the characters are cats, even though we were not given the title or any gameplay. The adage “Everything drowned shall soon emerge from the deep” lies at the heart of the concept.

The Lost Wild, a game from Great Ape Games, was finally shown to bring the presentation to a close. The Lost Wild seems to be some kind of dinosaur-themed survival horror game. There were many, many dinosaurs. First-person shots of a dinosaur-filled, dense jungle are shown, along with a terrified player character using a compass. However, there also appear to be some definite Jurassic Park parallels as we witness areas utilising contemporary technology, like the use of a flare, lighting, a whiteboard, and more. There is currently no release date, however, you may already wishlist the game on Steam.

GTA 6: Here are all the latest updates from the Upcoming Game