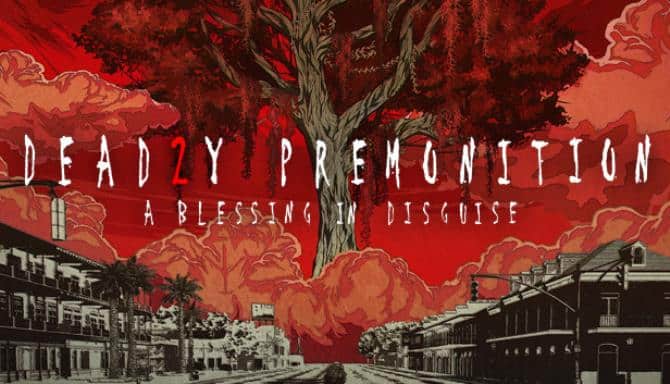 Deadly Premonition 2: A Blessing in Disguise made a Suprise arrival on Steam

The PC adaptation of Deadly Premonition 2: A Blessing in Disguise was recently announced at GamesRadar’s Future Game Show Livestream, and it’s already playable.

The sequel to the 2010 cult hit Twin Peaks was launched only for Nintendo Switch in 2020, with no information about a release on other platforms at the time. That changed today (June 11), due to a surprising announcement followed by a hilarious trailer with the game’s director, SWERY, staring at the line  “All work and no DP2 Steam port makes Swery a dull boy” repeatedly displayed on a computer screen.

The game received mixed reviews upon its initial release, with the Switch version being lambasted for its poor performance and technical flaws. When exploring the large landscape, the framerate drops were most noticeable. The game was also chastised for misgendering and deadnaming a trans character, which was eventually rectified in a patch, and SWERY apologized for any offense caused via his Twitter account.

The Good Life, SWERY’s most recent game, was launched in 2021 and was developed in collaboration with Yukio Futatsugi, the designer of Panzer Dragoon. As Naomi Haywood, a New York journalist, researched the English village Rainy Woods, players assumed control of her. This is due to a widespread legend that the village has a secret that turns its citizens into cats and dogs.

Deadly Premonition 2: A Blessing in Disguise costs £33.99 on PC, but it’s on sale for £23.79 until June 18. The port’s mouse and keyboard support were unavailable at the time of publication.

Previous articleApple explain why Stage Manager is only Available with M1 iPad Models
Next articleNetflix Games: Here are all the New Games coming to the Mobile Streaming App