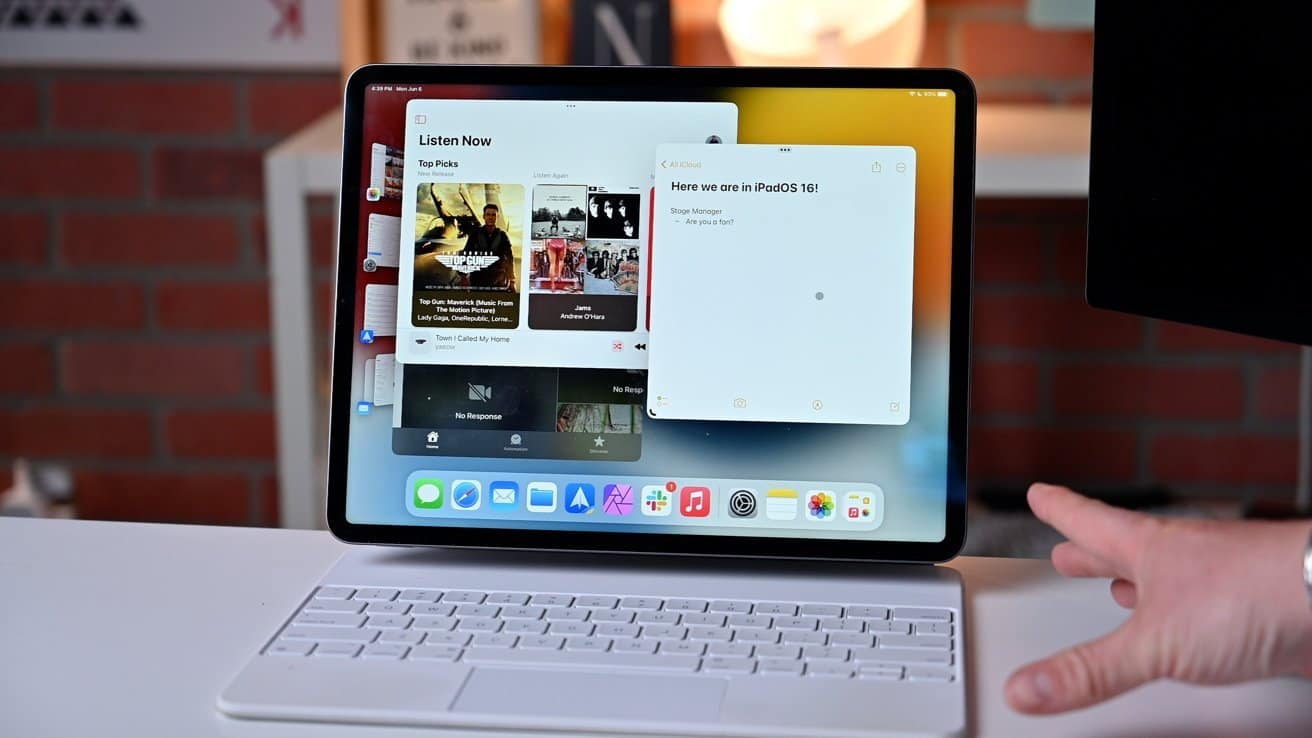 Stage Manager for iPadOS 16 is only available on M1-equipped iPads, according to Apple, who cites memory, storage speed, and the ability to connect to an external monitor as factors.

Stage Manager is an iPadOS 16 feature that enhances the multitasking experience with overlapping windows, improved organization, and faster application switching. This is likewise a feature that can only be used with external screens that are connected via USB-C.

Only M1 iPad models, such as the 12.9-inch iPad Pro, 11-inch iPad Pro, and iPad Air, have the capability. Apple gave an initial explanation for the restriction on June 8, but it has since issued a more complete statement on the subject.

Shared on Twitter by Rene Ritchie, Apple explains by initially outlining “Stage Manager is a fully integrated experience that provides all-new windowing experience that is incredibly fast and responsive and allow users to run 8 apps simultaneously across iPad and an external display with up to 6K resolution.”

“Delivering this experience with the immediacy users expect from iPad’s touch-first experience requires large internal memory, incredibly fast storage, and flexible external display I/O, all of which are delivered by iPads with the M1 chip,” the statement continues.

Stage Manager, according to Apple, depends on the new iPadOS’s rapid memory swap functionality to function, which converts free flash storage into temporary RAM. Because it was a resource-intensive environment, Apple reasoned that the M1 processor’s power was required.

Also Read:
CHINA SMARTPHONES GAINING MOMENTUM IN RUSSIA AS SAMSUNG AND APPLE PULL OUT OF THE MARKET

Previous articleMoeen Ali set to make a Test comeback
Next articleDeadly Premonition 2: A Blessing in Disguise made a Suprise arrival on Steam