AORUS has announced the Model S 12th Gaming Mini PC, which features an Intel Alder Lake Desktop CPU and up to an NVIDIA RTX 3070 GPU in a chassis inspired by the Xbox Series X. Recently, a few chassis were were were designs have surfaced that appear strikingly similar to the Xbox Series X gaming system. With its H1 Mini-ITX case, NZXT was the first to debut a comparable design, and it appears like AORUS is following suit with its new Model S 12th Gaming Mini PC, which offers a combination of extremely high-end components in a small form factor design.

With the BRIX PCs, Gigabyte had its take on the Mini PC market, but they never gained the traction that the firm had hoped for. AORUS is now bringing the Model S to the next level with improved features that include an Intel Core i7-12700K processor. The motherboard is built on the Z690 chipset and has an LGA 1700 socket, so you can easily upgrade it, but be aware of the TDP limitations.

In comparison to the Xbox Series X console, the AORUS Models S 12th chassis isn’t as large. The Xbox Series X is 151x151x301 in size, whereas the AORUS Model S is 190x189x400. The 12th Model S is about the same height as the 390mm Sony PlayStation 5 system. The core components (CPU and GPU) are attached to a huge central heatsink with a copper baseplate and multiple heat pipes that interact with the chips in the AORUS S Mini PC. A fan is located on both the bottom and top of the heatsink.

Air is pushed through the heatsink by the bottom fan, while air is pushed out of the chassis by the top fan. The chassis receives air through vents on the bottom sides and vents it out over the top. This Hyper-Efficient vertical airflow with a 3-way air intake, according to AORUS, produces up to 84CFM of airflow (at 40 dB). The AORUS Model S looks beautiful and is a powerful SFF gaming machine, but we don’t know when it will be released or how much it will cost. AORUS also has an AMD version of the Model S with Ryzen 9 5900X CPUs and NVIDIA RTX 3080 graphics cards.

LG Pose Lifestyle TV might not be up to everyone’s taste, but it sure is a Beauty 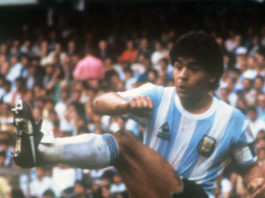 Eight People to be Put on Trial Concerning the Death of... Indian Smartphones Market is estimated to make around INR 2.4 Trillion...