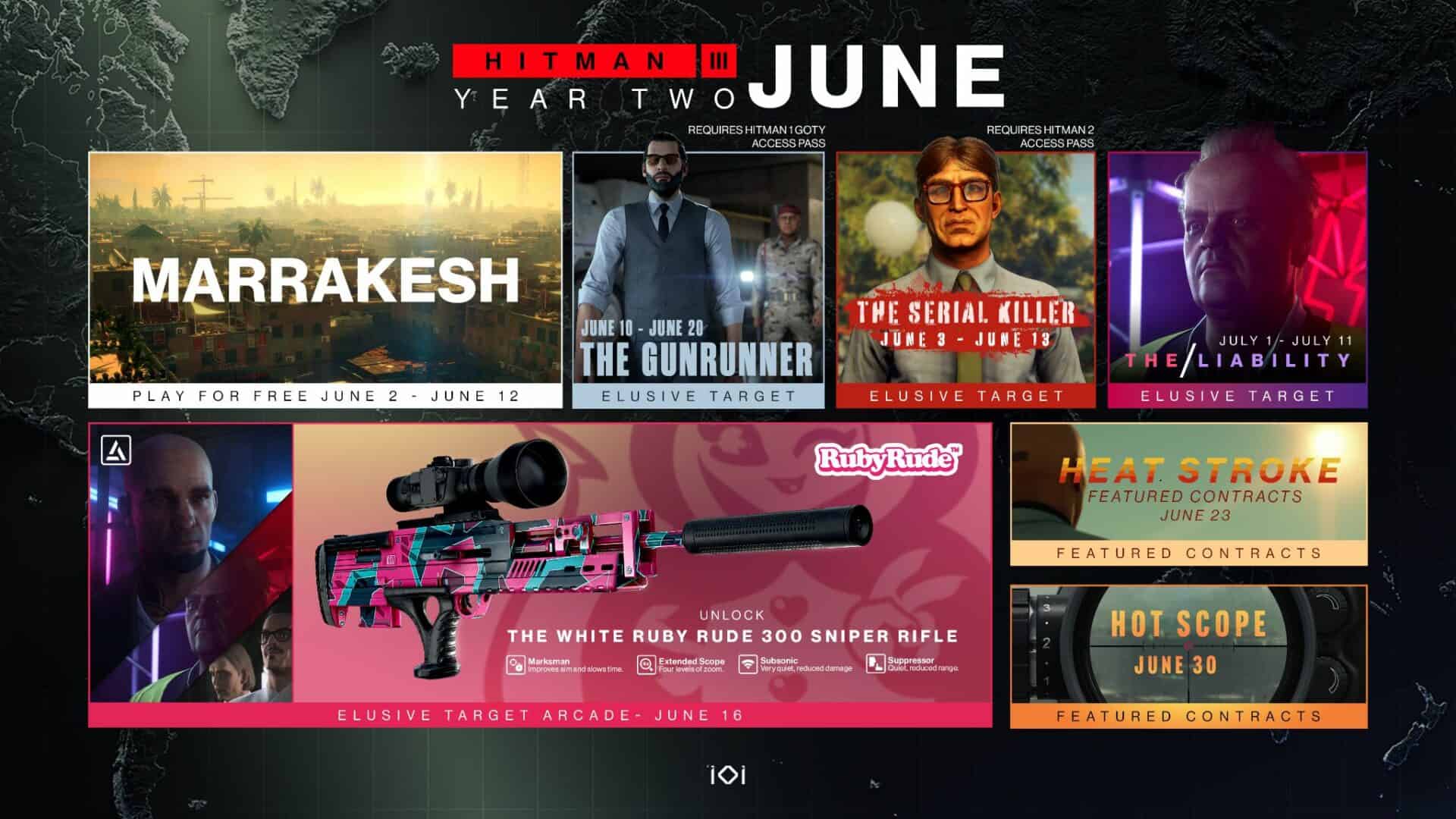 Hitman 3 June Roadmap: Marrakesh Free to Access and much More

The content pipeline for Hitman 3 still has a new map on the horizon, but there’s still time for IO Interactive’s development team to organize events or time-limited assignments for players. However, the team recently revealed its June 2022 content roadmap.

First and foremost, the month begins with gamers being able to play the Marrakesh map for free, even if they do not buy it. Agent 47 is dispatched to the Red City by Marrakesh, with two targets to eliminate. The map will be free to play between June 2nd and June 11th, even for gamers with the Free Starter Pack, which allows you to experience it before you buy it.

Vito Duric, The Gunrunner, will be the first to arrive in Marrakesh on the weekend of June 10th (until June 12th). Elusive Targets differ from the map’s main objectives by bringing in more adversaries or changing enemy placement for a tougher difficulty. He’ll be the first of three. This Elusive Target may only be accessed if you own Hitman: Game of the Year Edition or its Upgrade Pass.

The second will run from June 3rd through June 13th and will require Hitman 2’s Access Pass. In Whittleton Creek, one of the second game’s maps, players must eliminate The Serial Killer. In addition, following this event, players will be able to obtain a unique weapon known as the Ruby Rude 300 Sniper Rifle in the game’s Elusive Targets Arcade mode, which will be accessible on June 16th as a reward.

The third and final Elusive Target is a replay of the previous Elusive Target Terrence Chesterfield, in-game known as The Liability, and will take place on the Berlin map (in Hitman 3’s map pool) from July 1st to July 11th. Last year, the Liability was offered on two separate occasions. Finally, between June 23rd and June 30th, two Featured Contacts, Heat Stroke, and Hot Shot will be available.

Previous articleAMD to launch its Radeon RX 6700 10 GB Graphics Card on 9th June
Next articleFinal Fantasy 16: Here’s all that we Know