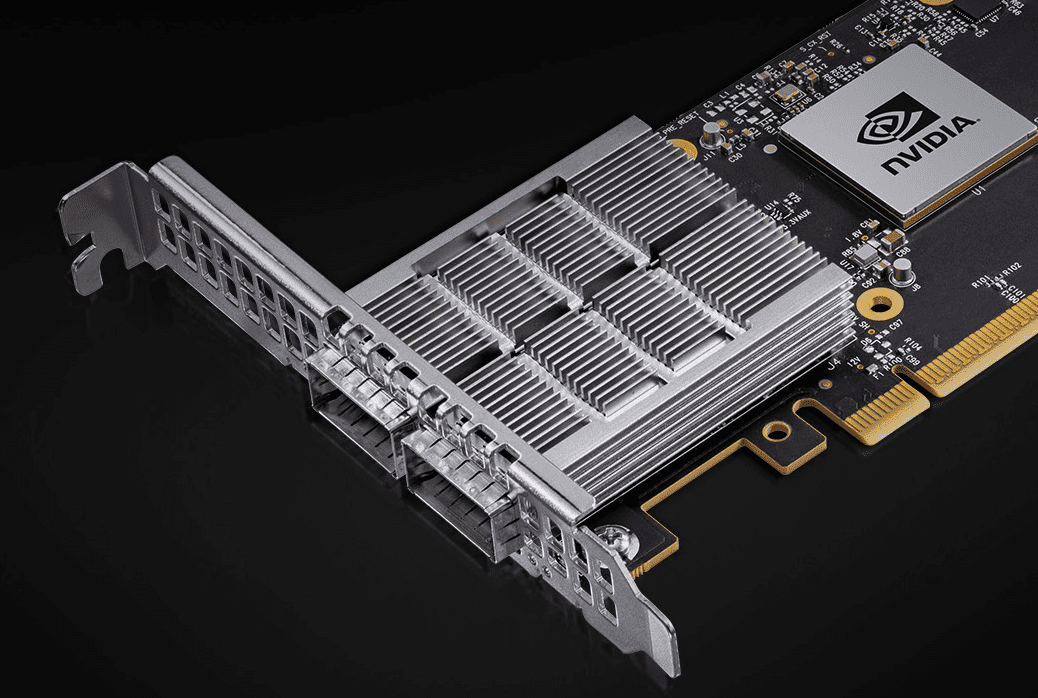 The images published by the website Serve The Home show the side of the card with the ports, the blade server’s switch modules, the top of the unit, and a distinctive backplate. The top of the NVIDIA ConnectX-7 unit features a huge heatsink positioned atop the optical cage to more efficiently dissipate heat, particularly from the 200 Gbps and 400 Gbps class optics. Looking at the back of the unit, we see an unusually formed backplate.

The Hopper DGX H100 is made up of two assemblies. Four ConnectX-7 controllers, such as the NVIDIA Cedar Fever 1.6 Tbps modules used in the DGX H100, can be housed on a single body. NVIDIA A100 modules can be observed mounted in Delta or Redstone assemblies, and multiple A100 SXM modules are scattered around the heatsinks.

The density of components on the NVIDIA H100 board differs from that of the A100. The NVIDIA H100, on the other hand, was not present on the show floor. According to Serve the Home, there is also a substantial difference in connectivity between the A100 and H100.

Many of the goods will be displayed at SC22 later this year, so we are nearing the PCIe Gen5 generation, which will allow us to witness new devices and processors. Several NVIDIA partners stated that delivery of the ConnectX-7 will be delayed for several months as production volumes increased to more comfortable levels.