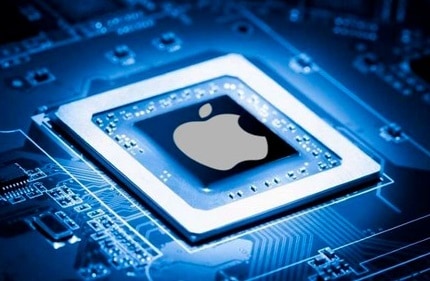 The leaker known as “ShrimpApplePro” speculated earlier this week that the A16 chip for the iPhone 14 Pro models will be manufactured using the same process as the A15 Bionic chip for the iPhone 13, with Apple possibly saving a larger performance leap for the the the M-series chips designed for its next-generation Macs instead. Kuo now confirmed these speculations concerning the A16 and M2 CPUs in a Twitter conversation citing ShrimpApplePro.

N5P and N4 are the most recent viable technologies available for new Apple chips planned to ship this year, according to Kuo, because TSMC’s substantially better N3 and N4P fabrication processes will not be available for commercial production until 2023.

According to Kuo, N4 offers no significant advantages over N5P, the technique used to make the A15 Bionic chip in the iPhone 13 range and the iPad mini, therefore Apple will likely continue with N5P for the A16 chip. According to Kuo, the A16 chip’s performance and efficiency gains over the A15 are “minimal,” implying that dubbing the iPhone 14 Pro’s chip the “A16” is “more of a marketing purpose.”

The revamped MacBook Air, which is also anticipated to come this year, will have “the same technical restrictions as A16” with N5P, according to Kuo. He claimed that the total redesign of the 2022 MacBook Air is “already a great selling feature,” implying that a significant chip upgrade may be less needed for this product.

Instead, Kuo believes Apple would benefit more from introducing the first M2 CPUs in the next-generation MacBook Pro 14- and 16-inch models. Even though the chip in the new MacBook Air is simply a slight upgrade over the present M1, Apple may choose to save the ” M2 ” designation for a far more significant upgrade over the previous generation in 2023 to further promote Apple silicon’s brand image.

Apple is reportedly working on the “final SoC of the M1 series,” which will include upgraded cores, according to ApplePro

Kuo previously stated that the M1 chip would be retained in the 2022 MacBook Air rather than the M2, therefore ShrimpApplePro’s report could be related to a new iteration of the entry-level M1. Offering devices with a mid-generation M1 chip could let Apple gain time before launching Macs with the M2 chip.

Based on this information, it’s possible that the “real” M2 processor won’t be released until 2023, with chips in upcoming products like the iPhone 14 Pro and revamped MacBook Air looking a lot like the A15. Furthermore, the A15 CPU from the iPhone 13 series is expected to be retained in the regular iPhone 14 models.

As a result, 2022 might be a year of incremental, iterative Apple chip enhancements, with significant upgrades on the way in 2023 thanks to the availability of more advanced fabrication technologies.