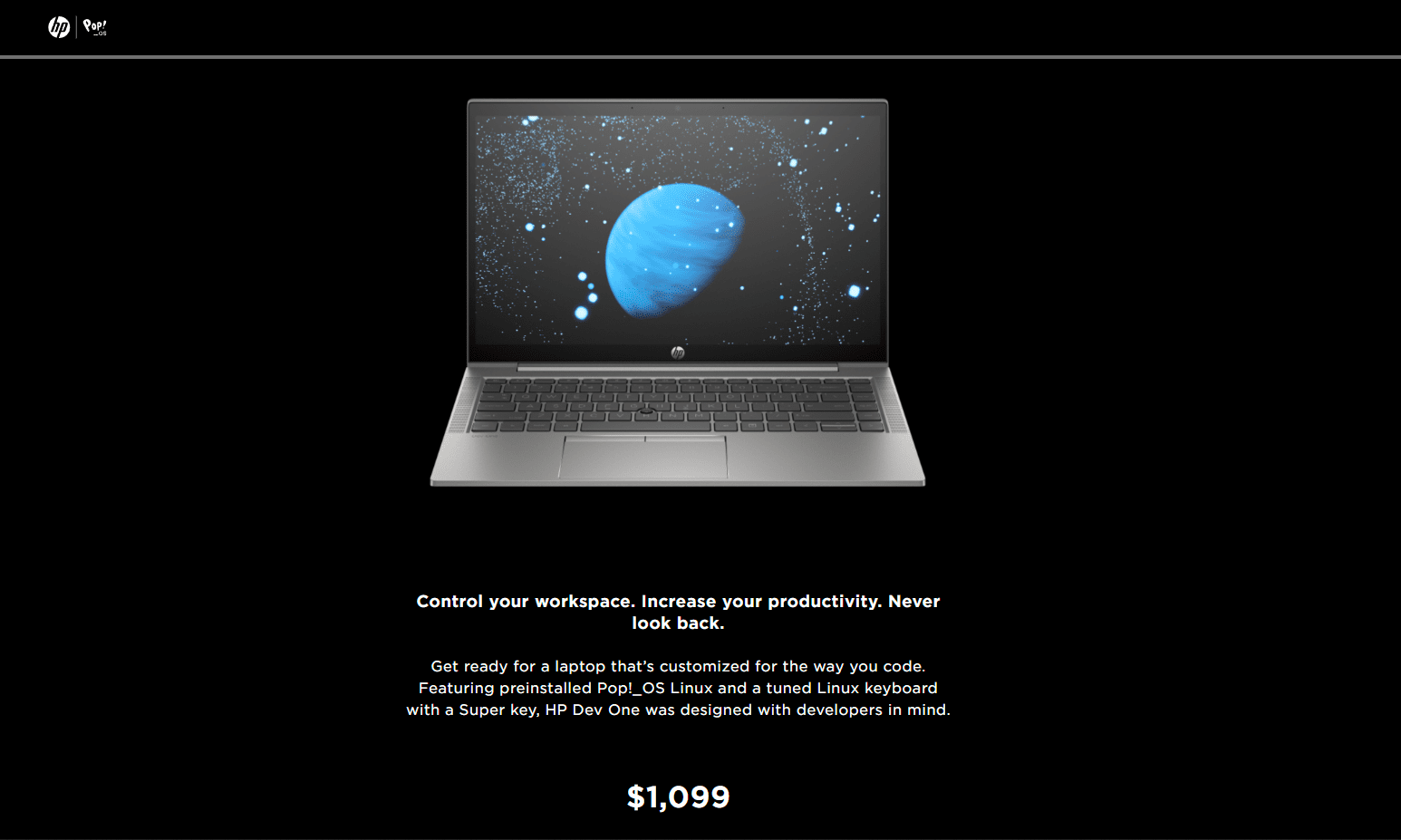 HP working on a new AMD powered Dev One laptop powered by Pop!_OS

HP has revealed its AMD-powered Dev One laptop, which runs the open-source Pop! OS operating system developed by System76. The new HP Dev One is a Linux notebook with AMD processors and a System76 partnership. Carl Richell, the founder of System76, disclosed the two firms’ next laptop on Twitter yesterday. Richell’s tweet was brief but to the point:

HP has previously developed Linux laptops, such as the HP ZBook G7 for open-source developers. The HP DEV One is equipped with an 8-core AMD Ryzen 7 PRO processor, 16GB of DDR4-3200 memory, 1TB of superfast PCIe NVMe M.2 storage, a 14-inch diagonal FHD anti-glare display, and a an AMD Radeon graphics.

The Linux Super key has been included for ease of development in Linux, providing a compiled set of shortcuts for every developer. All open-source developers will benefit from a comprehensive collection of tools.

Use Stacking to organize and access multiple applications, browsers, and terminal windows. Move, resize, and arrange windows with ease or, let Pop!_OS keep you organized and efficient with Auto-tiling. And use Workspaces to reduce clutter by organizing windows across multiple desktops. Pop!_OS is at your service.

HP promises a plethora of tools and libraries upon launch to help you get more done on the go. For developers who want to utilise and preserve many programme variants to test each package, the Pop! OS system will contain a Flatpak suite of apps.

Performance and clock frequency will vary based on the application demand and the user’s software and hardware configurations, according to HP. Multicore is designed to increase performance on specific applications, according to the business, although not everyone will benefit from every game accessible. Finally, the complete 1TB is inaccessible due to system resource usage of 4.7GB.

The new HP DEV One laptop with Pop! OS has few specifications, and the information in the report comes from the HPDevOne.com website. There is currently no release date scheduled. More information will be released soon, and bundles will start at $1099.

Previous articleEvil Dead: The Game has reportedly sold over 500,000 copies within 5 days of its release
Next articleOEMs are still dealing with a semiconductor scarcity and supply issues