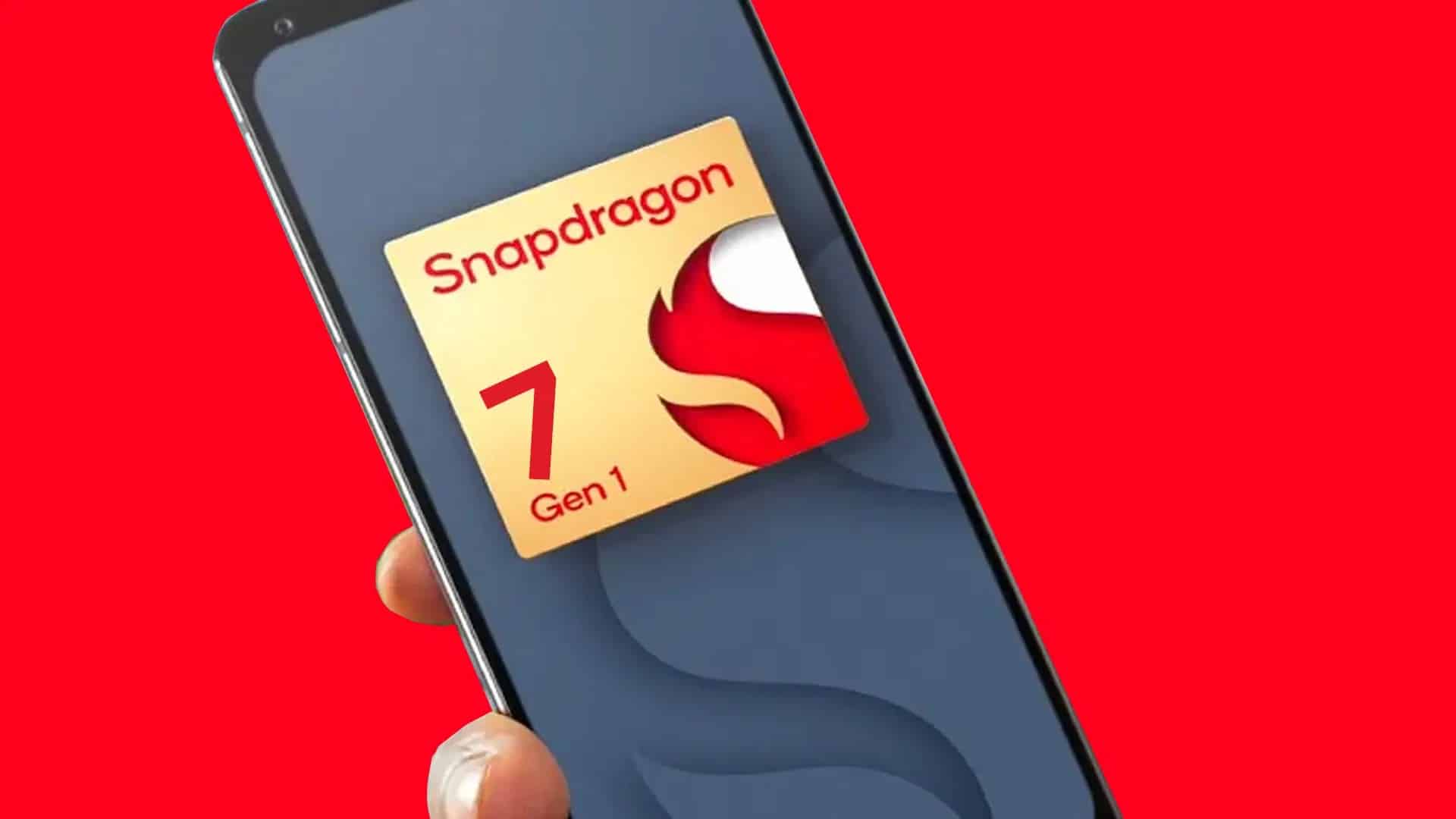 Qualcomm has officially announced the Snapdragon 7 Gen 1 alongside the premium Snapdragon 8 Plus Gen 1 for consumers who prefer mid-range smartphones due to their price-to-performance ratio. Non-flagship phones will now get a performance boost and spend less power while still having access to the same flagship features as high-end SoCs.

Another benefit of using the Snapdragon 7 Gen 1 in mid-range handsets is that the Adreno Frame Motion Engine claims to double the gaming framerate while using the same amount of power as the Snapdragon 778G. It can also support up to 16GB of LPDDR5 RAM, though this is unlikely to be chosen by any phone manufacturer because adding more memory chips will not only raise cost but also power consumption because an extra component will require juice on the logic board.

Although the Snapdragon 7 Gen 1 lacks a flagship 5G modem, the Snapdragon X62 is more than sufficient, capable of peak download rates of 4.4Gbps and dual standby 5G connectivity. The new SoC also supports Wi-Fi 6E and Bluetooth 5.3, as well as Snapdragon Sound and aptX, however phone manufacturers will have to add these features in future devices.

When it comes to images, the Snapdragon 7 Gen 1 features Qualcomm’s Spectra triple ISP, which allows up to a single 200MP camera for stills and 4K HDR video recording. There are also 10-bit HEIC picture capture and HEVC video recording standards.

In a few weeks, the first smartphones featuring the new Snapdragon 7 Gen 1 will be available, with Qualcomm presumably designing this processor to compete with MediaTek’s Dimensity 8100 and Dimensity 8000.

Previous article‘Squid Game’ Further Postpones the Premier of Season 2
Next articleIPL 2022: It’s the worst year for IPL viewership, Star Sports is now at Ro. 4 after the rating drop