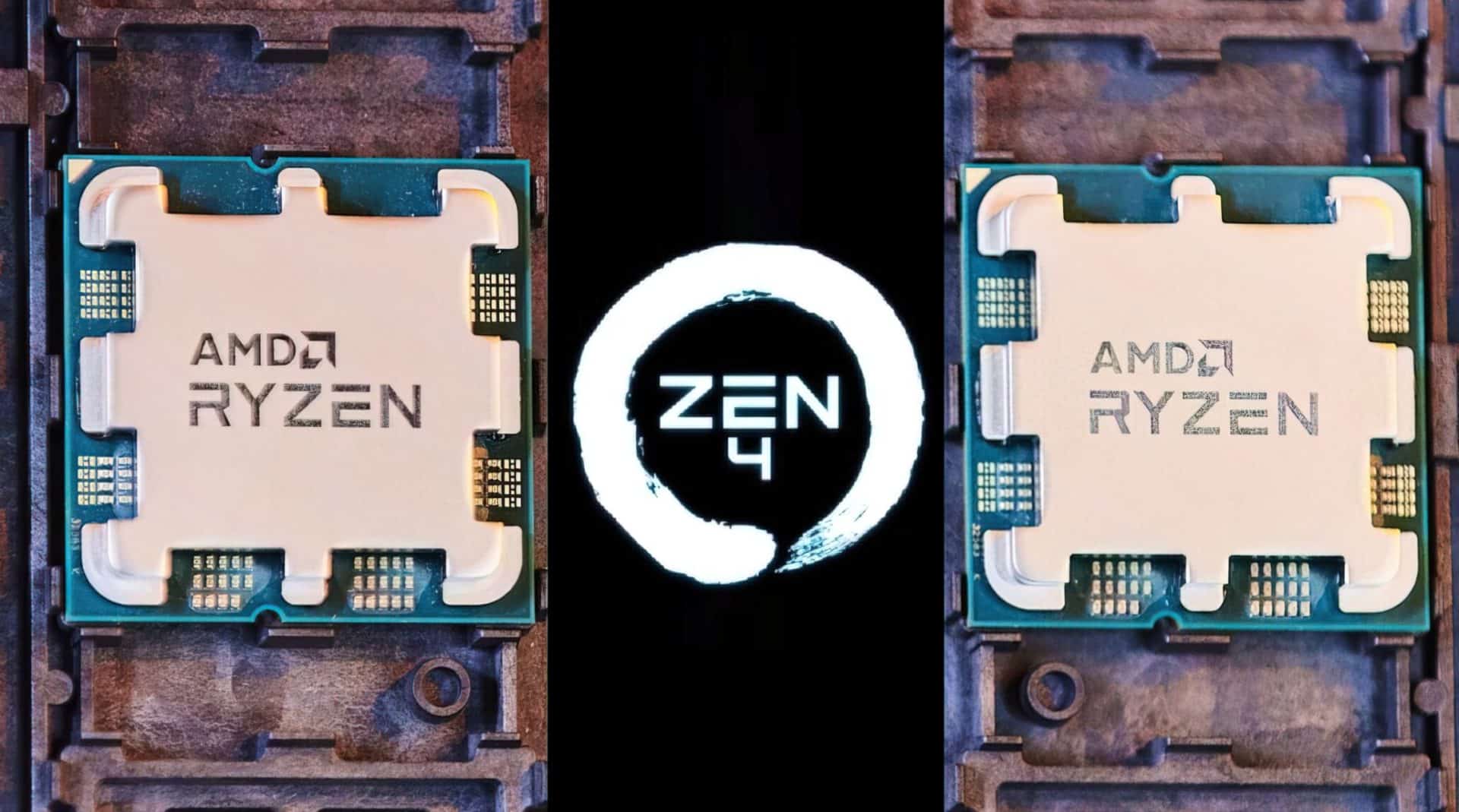 AMD’s Ryzen 7000 ‘Raphael’ Desktop CPUs have been described with rumours pointing to clock speeds of up to 5.4 GHz from Ryzen 9 7950X on the new Zen 4 core architecture. RedGamingTech and a Zhongzheng Evaluation, an online channel managed by Taobao, a significant retail store in the Asian market, have given new rumoured and speculated data surrounding AMD’s Ryzen 7000 Desktop CPU family.

The second source is a hybrid of a retail and tech review site that has previously covered some hardware releases and has now published a purported specs sheet that includes future Raphael processors based on the Zen 4 CPU architecture.

Both outlets predict that the Ryzen 7000 portfolio will include at least four models. While RedGamingTech only cites four SKUs with their core configurations and clock rates, the AMD Ryzen 9 7950X, Ryzen 9 7900X, Ryzen 7 7800X, and Ryzen 5 7600X are the designations given by the Chinese outlet. Based on existing SKUs, one may easily infer the naming scheme, although the basic configuration varies by source.

According to all prior rumours, Ryzen 7000 CPUs will retain the present core count of 16 cores and 32 threads. However, according to a new claim from a Chinese outlet, it will instead have 24 cores and 48 threads. Keep in mind that Intel’s Raptor Lake CPUs will also have 24 cores, with 8 P-Cores and 16 E-Cores for a total of 24 cores and 32 threads. This, combined with the larger L3 cache, will significantly improve overall CPU performance.

In practice, 24 cores would necessitate three AMD Zen 4 chiplets, and we don’t know if the AMD Ryzen 7000 packaging will be able to support four chiplets (3 x Zen 4 + 1 x IOD) due to its similar package size to existing AM4 CPUs. Because most users will be getting a high-end X670 motherboard with them, higher-end SKUs may contain a different IOD than mainstream parts, a smaller one. The X670 chipset is planned to support a chiplet design by moving the bulk of PCIe lanes and other essential IO to the PCH while leaving the memory and IFC controllers on the main IOD.

The top AMD Ryzen 9 7950X SKU is predicted to have single-core clock speeds of up to 5.4 GHz, which is a 10% improvement over the Ryzen 9 5950X. TDPs of 125-170W are estimated for the top SKUs. Another possibility is that there is a 24 and 16 core variant, with the 16 core trading core count for faster clocks at 170W, and the 24 core trading frequency for a higher core count. Regardless, a 24-core CPU with Zen 4 will be intriguing to watch. It also makes sense to offer high-core-count chips on the mainstream desktop platform, given the Threadripper lineup’s absence from the platform.

Depending on what occurs with the highest SKU, the AMD Ryzen 9 7900X could have 16 or 12 cores. This chip is expected to have a single-core boost frequency of up to 5.3 GHz and a price of roughly 4502 Chinese Yuan ($650 US), which is similar to the Ryzen 9 5900X 12 core processor’s current $549 US price. In terms of performance, 12 Zen 4 cores will provide a significant boost, with greater clock speeds pushing the performance spectrum by 15-25 per cent.

Moving on to the genuine mainstream components, the AMD Ryzen 7 7800X is projected to keep its 8 core and 16 thread design, with single-core clock speeds of up to 5.2 GHz. The price is expected to be around USD 500, which is USD 50 more than the Ryzen 7 5800X’s debut price of USD 449. This chip could be the fastest 8 core processor on the market, and the faster clock speeds could give it an advantage over the Ryzen 7 5800X3D in both application and gaming performance.