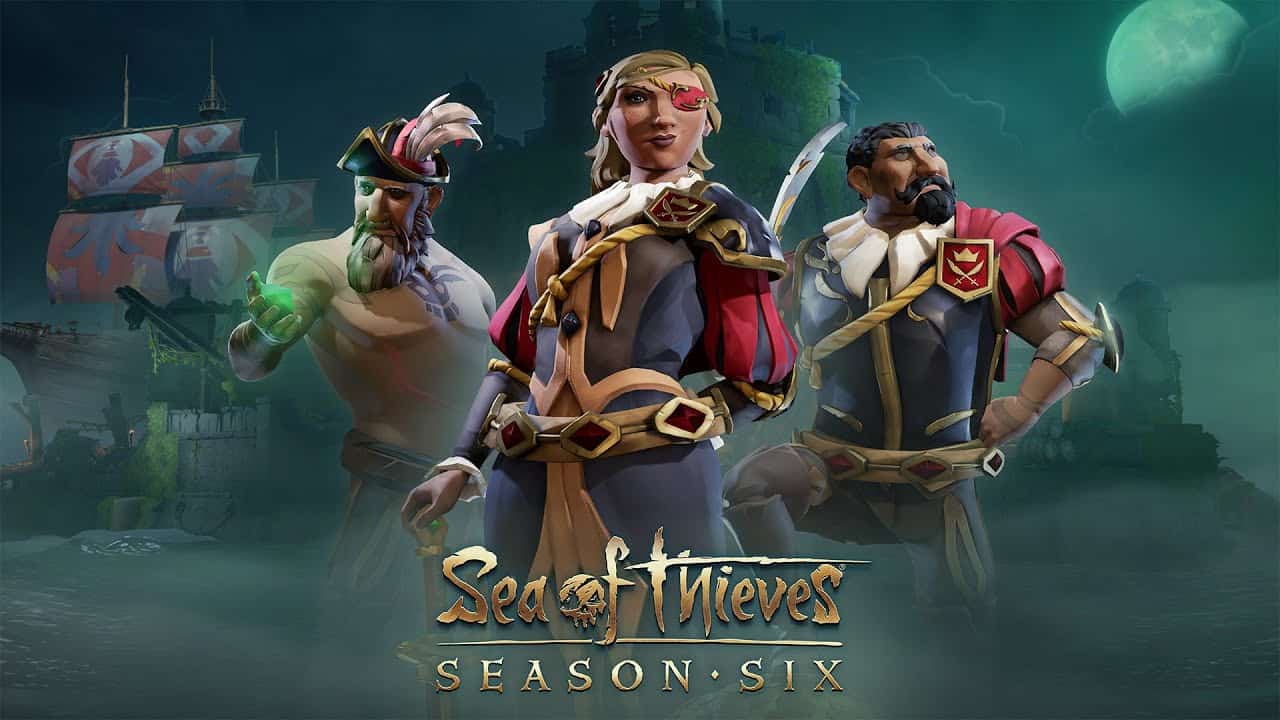 Season 6 of Sea of Thieves has here, bringing with it new secrets and adventures. The new Sea Forts, which are hosted by phantoms and designed to be faster variations on the long-standing Forts in Sea of Thieves, are the centerpieces of this season’s new content. These new Sea Forts take only a few minutes to complete, rather than a dozen or more rounds of battling skeletons, and they preserve the lucrative attributes of the heritage Forts.

As Captain Flameheart’s influence over the pirate realm begins to reclaim its dominant position, these stone pyramid-like strongholds have emerged from beneath the sea. You can visit any Sea Fort and dodge a few cannonballs before docking and fighting waves of Flameheart believers inside.

The Phantom Captain will emerge as your boss to confront after five rounds of horde-like PvE combat. When you defeat the Captain, they will drop their Fortress Treasury Key, which is used to enter the Fort’s main loot room, which is only one floor above sea level. You’ll uncover a lot of Damned riches, but you’ll also find other loot dispersed around the Fort during or after your struggle with the phantoms.

When the dust has settled, make sure you collect all of this stuff. You’ve worked hard for it. Also, unlike traditional Forts, Sea Forts feature a lot more involvement. Cabinets, crates, and dressers that open may be found on every floor, and most of them contain even more trinkets that can be traded for gold. The best part is that you can also locate a second key, the Fortress Store Room Key, which unlocks an additional loot room on the Fort’s upper floor. When you arrive at a Sea Fort, this will be stored in a random hiding spot.

This extra loot is supposed to tempt you into making a difficult choice: take what you can now, or wait for more treasures, daring other players to interrupt you and steal your booty? It’s entirely up to you. Whatever you choose, the most essential thing is to get your ship as close to the Fort as possible. There are fewer cannons positioned to fire at you as you approach than there were in the original Forts, but at the right angle, they can still destroy your hull.

Your best bet is to dock exactly next to the sea entrance on one of the Fort’s sides. Cannons cannot be angled to hit your ship here. You’ll be able to open this gate using a pulley system once you’ve entered and gone downstairs, which makes carrying riches from the treasury to your ship considerably faster than it was at the game’s previous Skeleton Forts.

Meanwhile, a third locked door, the prison cell, requires a third key, which has yet to be discovered. According to popular belief, these prison cells will play a role in a future adventure, Sea of Thieves’ new timed tale chapters. The first of these modes, released in February, chronicled the story of Flameheart’s comeback. Because the jail cells on Sea Forts certainly contain some occult things but no visible loot, likely, these cells are also connected to the plot. To summarise, there is currently no Prison Cell Key available. This elusive key should be revealed in the following Adventure, Forts of the Forgotten, later this season.

There are presently six Sea Forts in the open world of Sea of Thieves, and they’re rather evenly distributed over the continent. They’re all conveniently located near Outposts, so you can swiftly turn in your loot once you’ve gathered it all.

You can find Sea Forts, labeled as “Fortresses” on your map, at the following map grid locations:

Previous articleElden Ring has now become the Biggest New IP in Europe Since The Division
Next articleIPL 2022: TATA-NEU app will be launching soon during IPL, details here