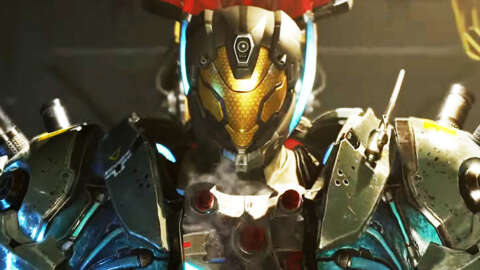 Exoprimal is a fighting game where you battle against Dinosaurs

What was witnessed at the start of Sony’s State of Play wasn’t a new Dino Crisis game. But it was Exoprimal, a completely new Capcom IP about fighting dinosaurs.

The teaser showed a futuristic city where portals continually drop large piles of dinosaurs into the metro area, and futuristic soldiers known as Exofighters must take them out in high-tech armor. There’s an online multiplayer component to the game, according to a disclaimer at the bottom of one segment of the trailer, so you’ll be able to team up with your buddies and shoot a bunch of futuristic firearms at hundreds of dinosaurs.

Exoprimal takes place in 2043 when unexplained vortexes have started opening up and ejecting armies of dinosaurs into the present world, according to the PlayStation Blog. Exofighters must put on Exosuits to battle them, and each suite has its own set of abilities and specializations. During a mission, players can change their outfits at any time, as well as their powers and squad compositions.

Exoprimal is designed to be a multiplayer, cooperative game, and it’s intended that teams would switch costumes frequently as new dinosaurs and difficulties surface. Exoprimal contests will feature two teams of five players fighting against the dinosaurs, with only one winner, according to a new update on the official Twitter.

Exoprimal is headed to PS5 and PS4,  Xbox Series X and S, Xbox One, and Steam sometime in 2023

Previous articleSony has stopped all of its sales and services in Russia
Next articleTelegram vs WhatsApp: Which Messaging App should you use in 2022?