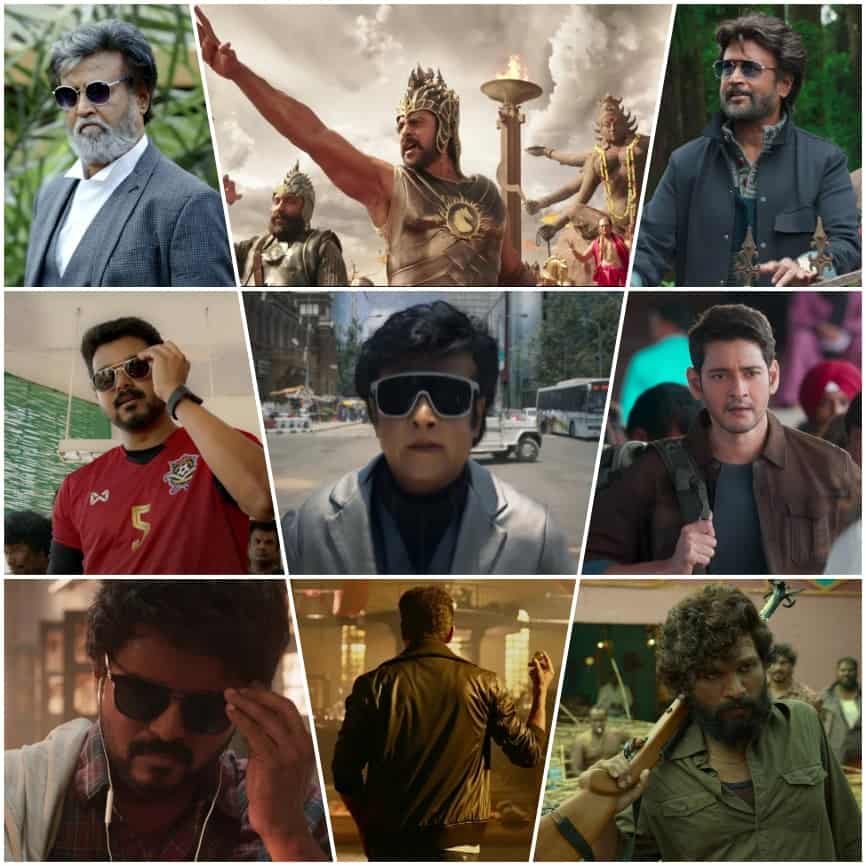 Here is a list of the Top 10 highest-grossing South Indian films of all time:

This South Indian film is about a tough army major who has been deployed to Kurnool on a mission for keeping the country safe from external threats.

This story of the film shows Allu Arjun as a typically middle-class guy who lands a job in an affluent household, He has managed to fall in love with the daughter of that family and after that, the circumstances are literally worth a watch on the silver screen, The Kollywood actor Samuthieakani is making his Telugu debut like the protagonist with the movie.

There is an alcoholic professor who has been sent to a juvenile school where he clashed along with a gangster who use the school children for criminal activities.

This south Indian film is about a  former footballer facing struggles to train a  women’s football team and take revenge for the death of his father.

Rajnikanth and South Indian films are two sides of the same coin. This film is based on a  gangster who has been released from prison and attempting to save his family from his enemies.

It is a story of Pushpa Raj who is a lorry driver in the Seshachalam forests of South India and also has been set in the backdrop of red sandalwood smuggling. The Red Sandalwood is endemic to South-Eastern Ghats. It contains fantastic actions and stunts. On the opposite, we will see Rashmika Mandana play the female lead.

This film is based on an undercover cop who becomes embroiled in a  fight along with warring criminals who desire to get a “black box” and there are such ultimate to a treasure.

This film was released in three languages. It is a  historical fantasy drama. Prabhas is playing the lead role. It is also one of the popular films.  The film is based on the battle of the kingdom.

It is the film of style king Rajnikanth superhit since 2018. In this film, Akshay Kumar played the role of a villain. This film gives us a message to save our environment also the ecosystem.

It also comes into three languages and in this film, Prabhas and Anushka  Shetty perform in the lead role. It is also one of the best films ever.