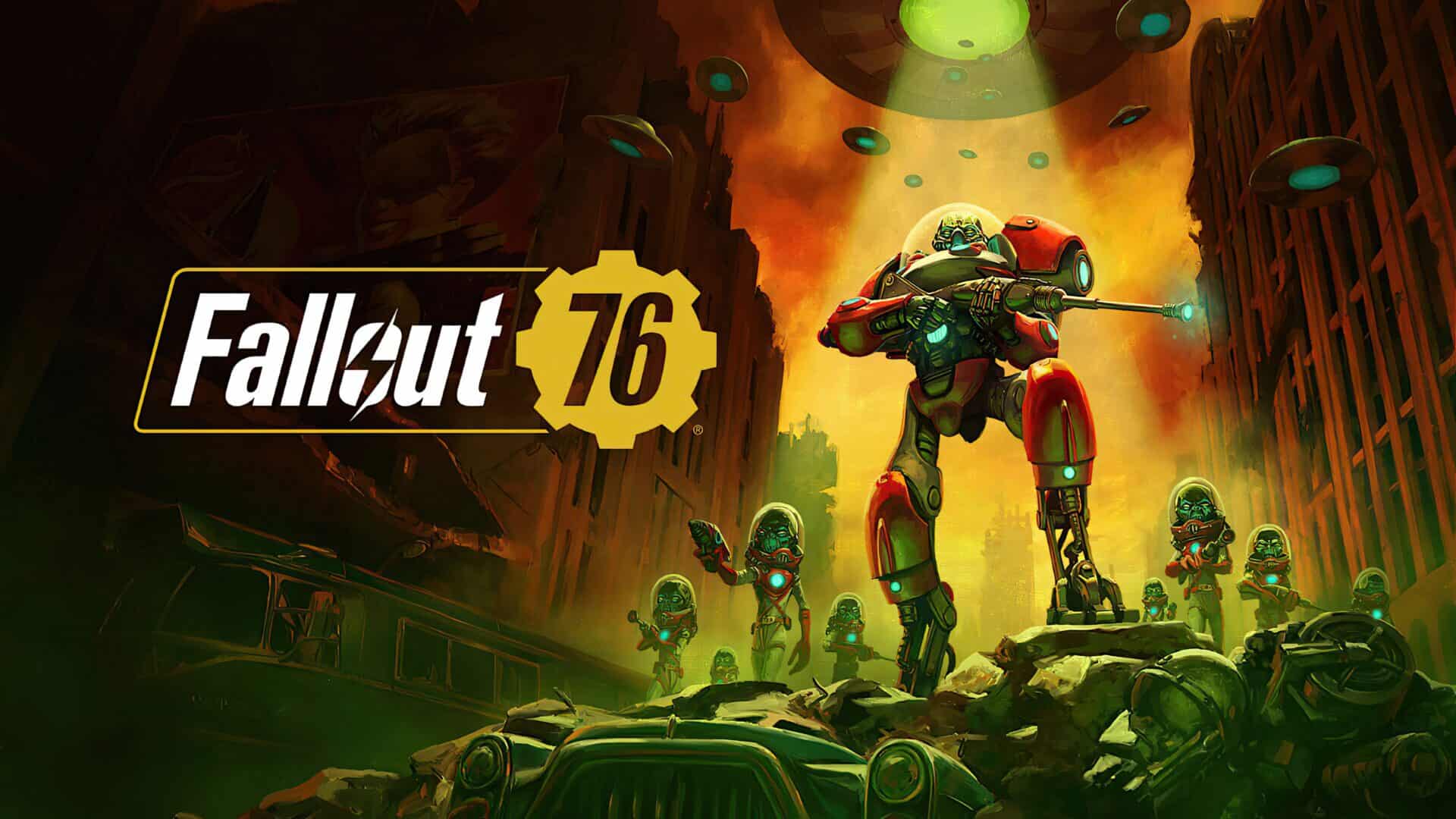 In late February, Bethesda Game Studios unveiled the general Fallout 76 roadmap for 2022. Today, though, we have a far more in-depth look at Season 8, which is now available on all platforms. The so-called Alien Invasion of Appalachia, which will take place over the following few weeks, is the main appeal of this Fallout 76 event.

Fallout 76 also includes several new features, such as the ability to hide backpacks, a buildable Pirate Radio for your C.A.M.P., and lighter Stimpaks. Additionally, while playing in Public and Custom Worlds, Fallout 76 players will be able to continue collecting S.C.O.R.E. points from non-repeatable Daily and Weekly Challenges.

Until March 15, an Alien Mothership will appear above one of six Appalachian locations every hour on the hour to deploy three Brainwave Siphons throughout the vicinity. Travel to the Mothership’s location and investigate Siphon Kappa to begin the event. Before the aliens can finish their Brainwave Extraction procedure, they destroy all three Brainwave Siphons one by one when the event starts. The only difficulty is that each Siphon is shielded by a force field that a different Alien Commander controls.

To draw out the Commander for each Siphon, defeat alien armies. When you kill the Commander, the force barrier will dissipate, allowing you and your fellow event participants to take out the Siphon. You’ll get some loot, XP, and the possibility to gain plans to manufacture new alien weaponry like the Alien Disintegrator and Electro Enforcer, as well as high-tech new C.A.M.P. artefacts if you manage to destroy all three Brainwave Siphons in time.

Keep an eye out for extraterrestrial intruders at specific Public Events, such as Campfire Tales, Free Range, and Line in the Sand, as long as the Seasonal Event is active. Our curious visitors may also appear in new Random Encounters that we’re releasing with this update.

Many additional tweakable options, such as the character’s carry weight, VATS availability, and Perk effects, will be available later.

Previous articleNetflix’s Jessica Jones, Daredevil and Agents of SHIELD headed to Disney+
Next articleEA to introduce cross-platform play feature in the upcoming FIFA 23