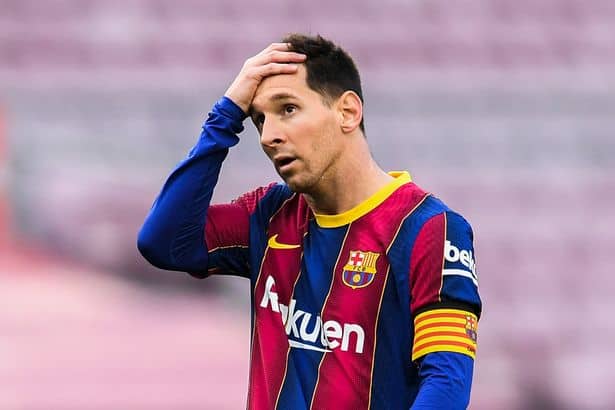 Reports claim that Gerard Pique requested Barcelona not to renew the contract of their former star player Lionel Messi. He has pleaded concerning the financial background of the club, as per the sources. Even Joan Laporta, the president of Barcelona has told Messi that they couldn’t afford to keep him, despite the Argentine legend has offered a 50% slash in his wage. That was worth 425 million pounds over 4 years.

Last year, the 34-year-old striker completed a move to Ligue 1’s Paris Saint Germain on a free transfer, signing a two-year contract with them having a worth of 35 million pounds a season. And addition to that, Messi’s lifelong friend, and Barcelona’s star defender Gerard Pique sort of betrayed his old friend by urging the club not to sign a contract with him again.

Gerard Poque and Lionel Messi arrived at the youth team of Barcelona’s La Masia academy and spent 14 years together on the club, before Messi’s move to Paris. Last month, reports claimed that Messi felt deceived by Gerard Pique following the defender’s action.

On the other hand, Sergio Busquets, and Jordi Alba, who were also Messi’s good friends, took salary cuts for Messi to play for Barcelona. However, Pique didn’t do the same.

Gerard Pique earlier in this regard

A month ago, Gerard Pique revealed that it was indeed very tough to see Messi go from his boyhood side. He added that he shared a dressing room since he was 13 years old, and Messi is almost a brother to him. It was definitely very hard to maintain the relationship on a sporting and personal level. Reports and media sources claim only this far, but deep inside only these two and related persons might be aware of another hidden truth.