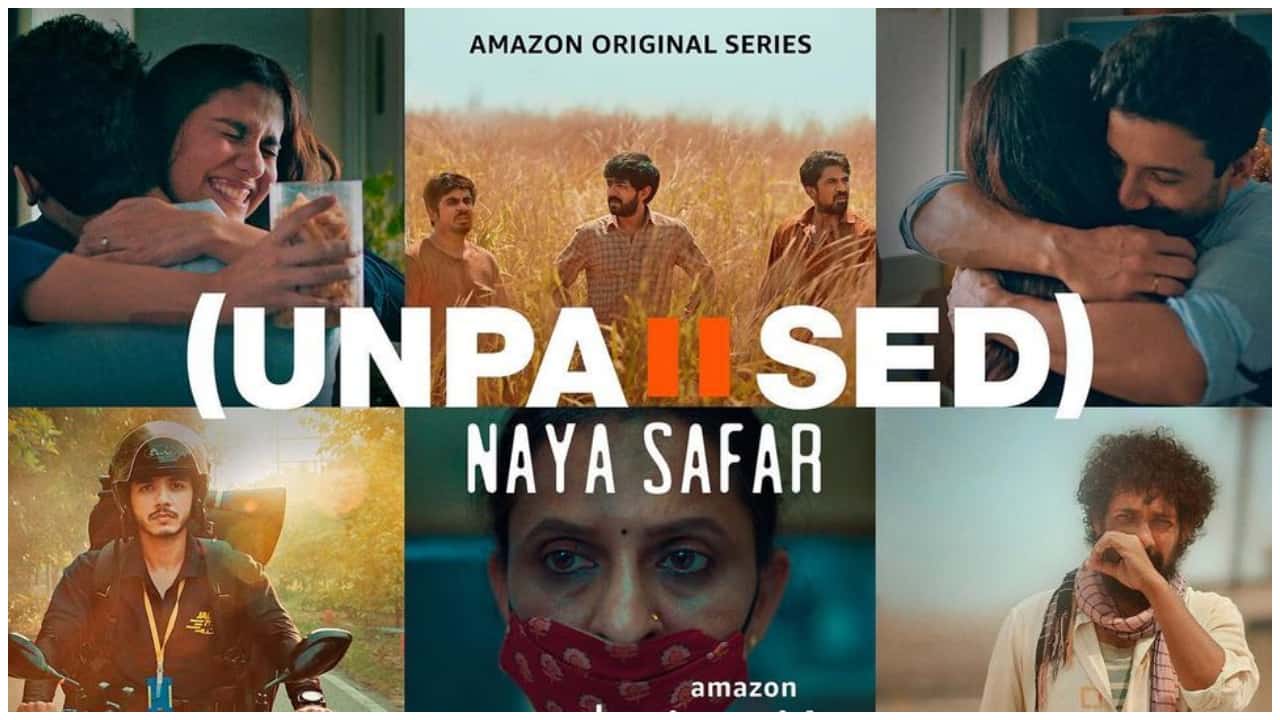 “Unpaused: Naya Safar”: Amazon Prime Video focuses on the challenges due to pandemic

Amazon Prime Video, at last, dropped the trailer of the special Unpaused: Naya Safar. The fans literally waiting eagerly for the release. It is an anthology special. The trailer has provided the viewer’s such a glimpse into what to expect from the latest release. This show mainly focuses on how the terrible global pandemic affected the world.

The trailer of the series has been provided with the fans with such a glimpse about how the COVID pandemic situation has completely changed the way of people and also the way that they think and also feel. This anthology contains actors like Saqib Saleem, Shreya Dhanwanthary, Neena Kulkarni, Priyanshu Painyuli, and also other pivotal roles.

We can say that this show will be one of the best that can provide people hope and proves that there is always a light at the end of the tunnel. It also has been promised that to be seen that has been spread such positivity and love to the fans cannot wait for the release.

1. The first Teen Tigada will be helmed by Ruchir Ariun and will feature Saqib Saleem, Ashish Verma, and Sam Mohan in the important roles. Media stated that the director said that that the aim of the short film is mainly shed the light on the ‘threshold of human emotions amidst the tribulations of an ongoing pandemic’.

3. The third episode named Gond Ke Laddu that will see Neena Kulkarni, Darshana Rajendran, and Lakshvir  Singh Saran in the lead role and has been directed by Shikha Makan. It seems that the heartwarming episode and also about how the pandemic allowed us for meeting our loved ones who live far away. Makan said, “ The idea of Gond Ke Laddu was to showcase the spectrum of human bonds, but with a twist.”

4. The fourth episode named War Room that has been helmed by start Geetanjali Kulkarni, Rasika Sharvari Deshpande. The episode will be also about the frontline workers at the time of the pandemic, who has been encountered such unfavourable situations. The director was mentioned that it would be the ‘ gripping story that unravels a different facet of human emotion’.

5. The final episode is Vaikunth and is also directed by Nagraj Manjule. Arjun Karcher and Hanumant Bhandari will also play the leads in the episode. The director also has been mentioned that the viewers also can be expected a ‘unique balance of glomming and hope. Peppered with unpredictability.’

This Amazon prime Video will release on 21st January 2022.