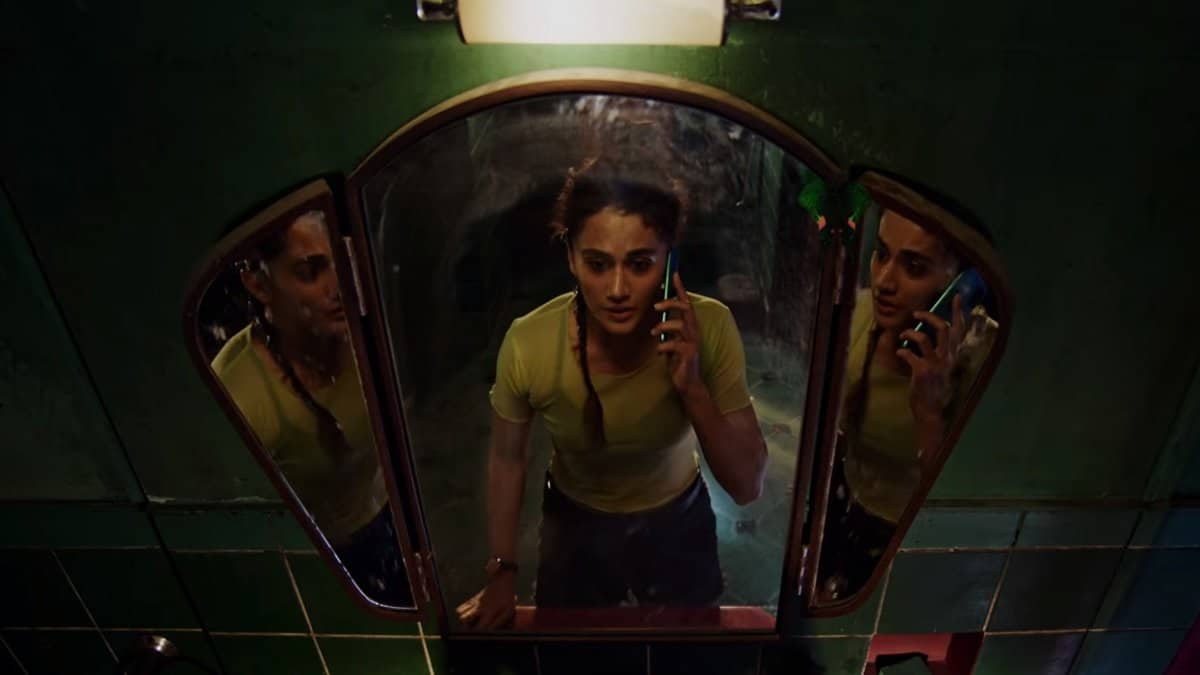 Netflix has dropped the trailer of Taapsee Pannu’s upcoming film, Looop Lapeta that has been set for the digital release. At first, the actress Taapsee Pannu has been revealed it on Monday. She has been declared it with the poser with the caption, “ Time is ticking, and it time to run.”  This film is mainly the official Hindi remake of the German movie Run Lola Run. It was featured, Tahir Raj Bhasin.

The clips will give a trance-like feeling to it and it will provide us such a glimpse into the world of Looop Lapeta, it is definitely the promising fun-filled, and also a  thrilling ride. Taapsee recently got a huge success for her film Rashmi Rocket, and wrote with the video on Instagram, “ Can’t wait for all of you to see the film! #LooopLapeta, A Sony Pictures Films India Feature, and Ellipsis Entertainment Productions, and directed by Aakash Bhatia.”

In this upcoming film, Taapsee is playing the role of Savi. Tahir will be playing the role of her screen lover named Satya. Recently,  Tahir has been introduced his character for his audience having the social media post. Tahir just wrote along the poster of the movie, “  Dearest Savi, tujse mill kar meri life badal gayi and all it took is a day.

Sometimes when we are together I can feel time standstill. When you laugh it seems to slip by. We obviously bend the definition of time and now, quite literally, that must be put to the test. The only stakes higher than live or die are love  & loss. So, run, run like you must to keep us going! I place  my bets on you,”

The latest trailer of the film reveals that Taaspsee Pannu who is playing the role of Savi is on the mission to protect her boyfriend Tahir. She has to gather 50 lakh within 50 minutes to save her useless boyfriend who has been entangled in the web gambli8ng. Now she has been stuck into the loop and gets many chances to save his life.

The film also features Shreya Dhanwanthary and Dibyendu Bhattacharya among the others.

There Run Lola Run features Franka Potente and Moritz Bleibtreu. The actress steps into the shoes of Franka. Taapsee has opened up the reason actually for why she was very comfortable signing the movie but eventually went ahead with it.

In an Instagram post, “ Taapsee wrote, ” It ran behind some films and some have just thankfully fallen in my lap. This being the latter I Could not be more grateful; to these guys and the luck line in my palm. From entering the narration with the idea to say No, to leaving it with an immediate Yes, thanks to these gentlemen for hanging by the solid script and concept for years and being more sure of me being Savi than I was.”

This film has set to start streaming from 4th February 2022 on Netflix.