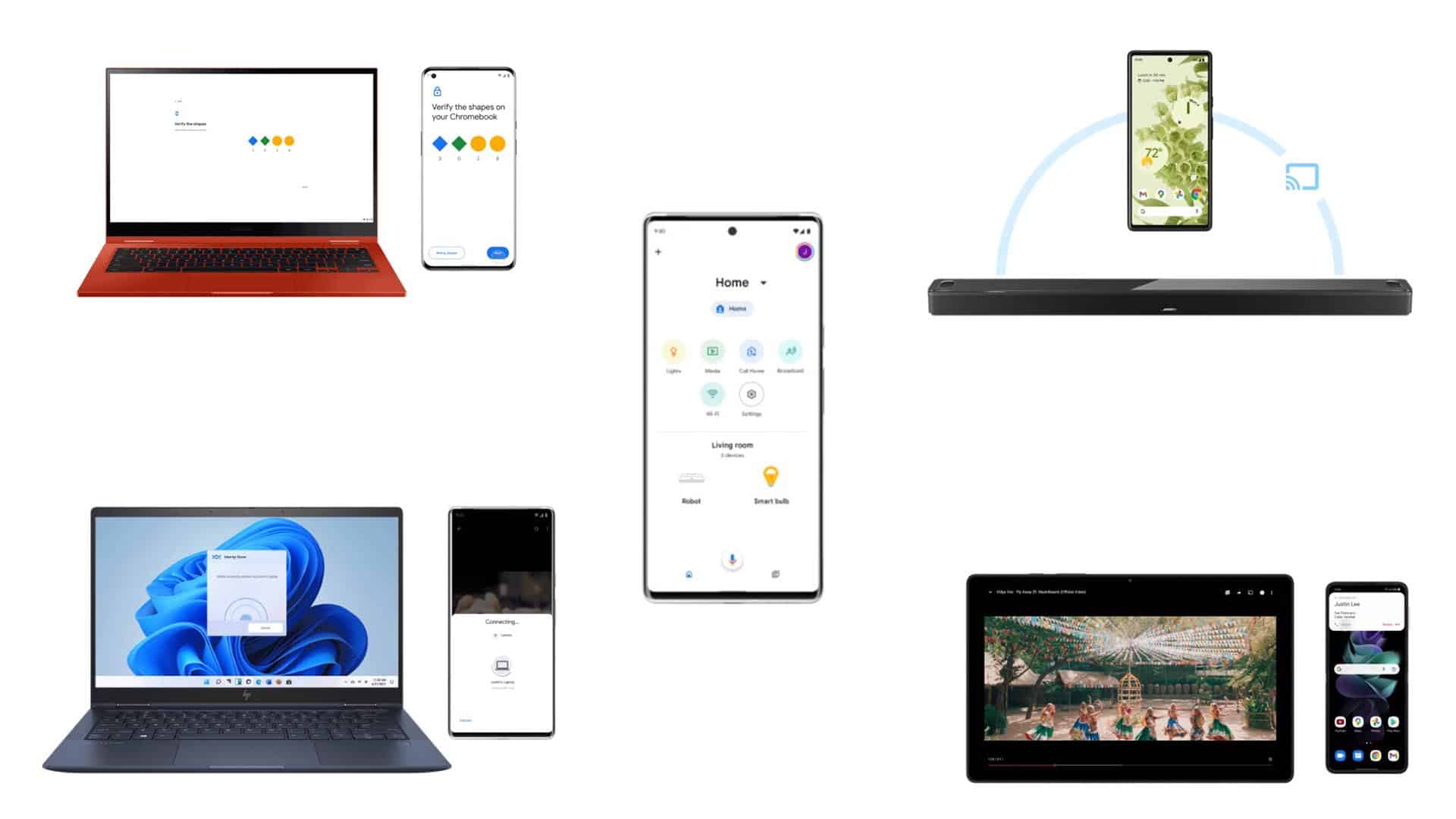 We can all agree that no tech company comes close to Apple and its never-ending efforts to unite all of its products under one roof when it comes to flawless hardware interaction with the software. Google, on the other hand, may have grasped the value of having an ecosystem in place, as the corporation revealed 13 new software features at CES 2022 that will seek to link a variety of goods.

This year, Google’s Fast Pair framework will be enhanced to make pairing Bluetooth headphones and earphones with Android TV, Google TV, and other devices easier. It will also be simpler to set up smart home devices. Whereas unlocking linked Android phones or Chromebooks would be a hassle, smartwatches running Wear OS 3 would be able to allow users instant access to the devices’ home screens, acting similarly to the Apple Watch.

Google has also worked with HP, Acer, and Intel to support some of Google’s ‘Better Together’ capabilities on their laptops. Users will be able to use Fast Pair, sync text messages, and share files with their forthcoming Windows PCs via Android’s Nearby Share functionality. Google also claims to be working on an ecosystem that will allow any messaging app on your phone to be mirrored on a Chromebook, allowing users to utilize their messaging apps directly.

Using ‘Camera Roll on Phone Hub,’ you may transfer photos from your Android phone to your Chromebook with ease. Google is also working on providing UWB functionality for auto unlocking. This is currently supported by the Pixel 6 Pro. BMW has teamed up with the advertising behemoth to make it simple to unlock automobiles with your phone.

Volvo has teamed up as well, but instead of allowing you to unlock your vehicle with a smartphone, it will utilize Android Auto as its native operating system for the dashboard computer and link it with Google Assistant so you can use your smart speaker for services like the remote start. So, when can these functionalities be expected?

When it comes to an official launch, Google claims that each function will differ. Some features will be available in the coming weeks, while others may not be available for several months. Hopefully, Google will be able to master these integrations in the same way that Apple has because we’re sick of seeing this effort come from just one firm.