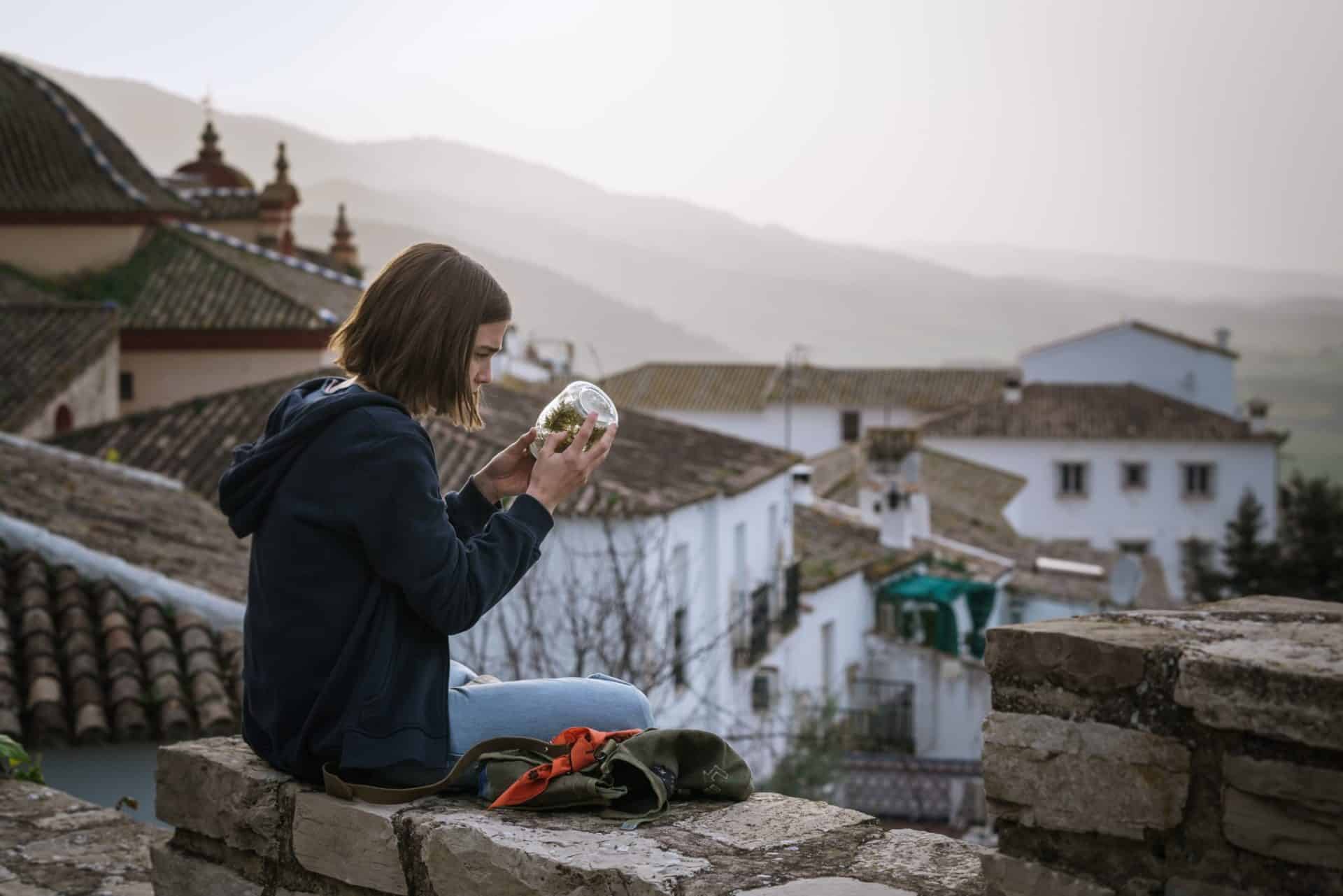 Netflix has dropped the first trailer of the horror,  thriller, and fantasy Spanish series ‘ Feria: The Darkest Light’. It is a Spanish series. This series has originally been titled, ‘ Feria: La luz mas oscura’ across the world. It is seriously a terrible horror-thriller series. We just give you an example if you come to know that your parents are monsters, then what you will do.

It is the story of two teenage sisters who have been unveiled the terrible secret about their parents. It seems that Eva and Sofia would be confronted with the horrific crime as their parents have been appeared to be perpetrated before vanishing, leaving 33 victims. Now the question arises on the survival of the sisters.

It may be possible that they might know their parents so poorly or there is maybe another reason. It will be the path of Eva and Sofia in Feria, which is a town from where reality hides the fascinating universe.

He asks them about the presence of their parents on the last night before the fiestas of San Juan. Primarily the others are investigating it and at the mass suicide. It has been incited by the cult, the cult of light, now the question also come into the two sister’s mind also as their parents are enlightened or something. Else in behind. The parents decide to leave Feria but the sisters are still arising questions about their leaving.

The town is filled with many cult members. After that, the trailer shows a person with white hair looking at Sofia, and a glass drop from her hand and broke with a terrible noise. After she has been lying in a  bed at night. After that a woman comes to her and say, “ Elena is in the kingdom, Do you want to join her?” and as the woman keeps her hand on the face of Sofia and she then wakes up with such a terrible way and the way she opened up her eyes that is horrific, then she called mother and wake up from the sleep in her bed.

It is like they are missing something but they don’t know what is the actual thing. She is convinced that life is a dream. The situation becomes worst and Sofia tries to kill herself when her sister comes to resist it she even tells her sister to keep away or she may hurt her.

After it shows that someone is drawing that same terrible market at the lower centre of the belly of Sofia. Now Eva and the investigator trying to find out what had been happened with Sofia and come in front of a picture that is a part of a ritual that is the image of Cult of Light that has come into the town.

It seems they are telling about some sort of kingdom that will come and no one can stop it now. It then shows some horrible scene like a woman is entering her hand into the belly of Sofia and she is shouting, “ You are not real”. The ending of the trailer kit shows many horrible scenes.

This Spanish horror thriller will hit on 28th January 2022. The production of the series was started  In November 2020 and wrapped in  March 2021. This series will contain 8 episodes.

Previous article“Emily in Paris (Season 3)”: Plot, Renewal Status, Expectation, and Release Date
Next articleJohn Terry is back at Premier League for Chelsea