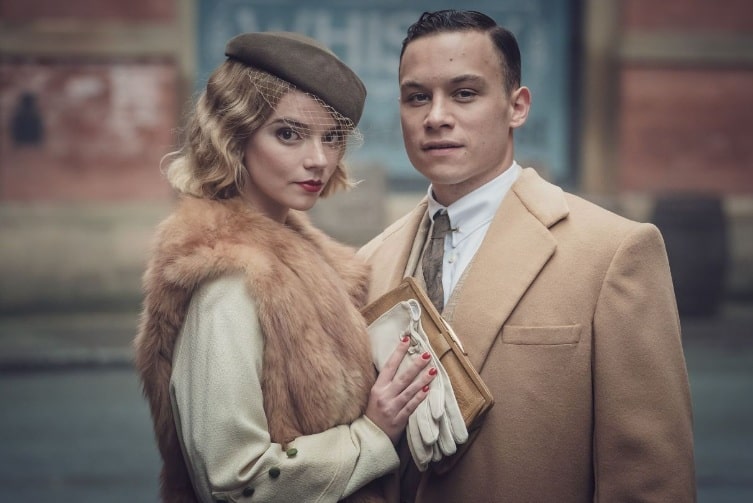 “Peaky Blinders(Season 6)”: All We Need to Know about the Netflix Series

The co-production of Netflix and BBC’s Peaky Blinders has contained five seasons under the belt but here is good news for the fans that the sixth one is on the way. After a production delay, it was resumed in late 2020, now it has been confirmed that the filming of season 6 is wrapped up.

It is a fantastic British drama that is known as one of the best imports on Netflix. The plot of the d4rama film is set in 1920 which is based on a gangster family in Birmingham in England. At first, this series was aired on the BBC but Netflix becomes an international distributor of the show.

The Season 5 of Peaky Blinders was premiered on Netflix in the US on 4th October 2019 and in the UK it was 22nd April.

Season 5 of this series was contained six episodes was explored that Shelby’s grapple with the 1929 stock market crash, Tommy was confronted by some new threats to his power from his younger family members and was fascist rivals.

The Season 5 of the series was ended with huge suspense after some terrible events of the season. The season was ended with the streaming to his head before it was cut to black. Now we have to wait to see whether Tommy will end up killing himself or not.

In this Season we also have to find out exactly who was betrayed Tommy but an obsessed podcast series about Peaky Blinders reveals that we should able to solve who it was. DigitalSpy also has put a big list of the traitor who is suspected of that.

It will also have to see about the expansion of the Peaky Blinders into America.

It is reported that the shooting of the show will take place from February 2020. Steven Knights are continuing the writing and also the show running duties for season 6 and also for the first time, now season 6 has set to watch the director come with Anthony Byrne join the project.

The director of season 5 and season 6 say, “We were so close to the start of filming Season 6. Months of hard work by our very talented, dedicated, and hardworking crew”

He also continues, “Sets were built, costumes were made. Cameras and lenses tested. Locations were booked. All the prep was done. It’s a real shame not to be able to make it for you at this time”

The production will resume from 2020 take place along with the various locations in the UK, and most notably Liverpool and Scotland. On Instagram Anthony Byrne had confirmed that filming of season 6  wrapped up.

The film and the TV industries were faced a terrible hit due to the COVID-19 pandemic situation so Netflix and BBC’s series Peaky Blinders also got a hit for this and the production starts again after everything came to a halt.

In an Instagram post the director of Season 5 and Season 6, Anthony Byrne said that they had been so close to the beginning of filming of Season 6. All the team was done a lot of hard work on this series. He was also told that sets had been built, costumes were made, cameras and lenses have been tested and locations were also booked but after all the preparation it was very shameful that they did not make it for us at this time.

The filming of this season was continued for several months until Anthony Byrne has confirmed it through his Instagram post about official wrapping up.

It is still not clear when the sixth season of Peaky Blinders will release but if we take the time from November 2020 as a start date then around 6 months or more will take for filming and approximately 6 months for the post-production of Q4 2021/Q1 2022take a logical estimate.

In the United Kingdom, Netflix will eventually get Season 6 of Peaky Blinders too but it seems that it will be the case until 2022 as Netflix takes time to get the license.

Season 6 of Peaky Blinders will be featuring Cillian Murphy, Helen McCrory, Paul Anderson, Sophie Rundle, and Finn Cole. It has been informed that the deceased cast member Annabelle Wallis will return as Grace Shelby in some form. There is some rumor about Julia Roberts and there are other popular celebrities who may involve Samuel L. Jackson, Snoop Dogg, and ASAP Rocky.

It is assumed that this series will get renewed for the seventh season with the Birmingham Press Hub told by Steven Knight as he said that they would probably come with seven which is indicating to the Season 7.