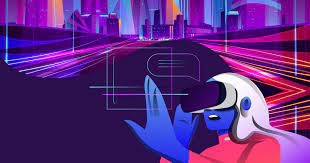 All 30,000 pairs of Adidas’ Into the Metaverse NFTs were sold out within hours of their release on Friday. Each NFT cost 0.2 ETH, which is about $765 today, and the company sold 29,620 NFTs in an afternoon (“Adidas and partners” kept 380 for “future events”), netting the company more than $22 million from the sales. (An exact number is difficult to pinpoint because the price of Ethereum has been falling while I was writing this story.)

The NFTs were created in collaboration with Bored Ape Yacht Club, Punks Comics, and GMoney (a pseudonymous crypto enthusiast). Purchasing an NFT grants owners access to limited-edition tangible items, such as a hoodie and the tracksuit worn by Adidas’ Bored Ape, as well as planned digital experiences. However, according to Adidas’ FAQ, real merchandise won’t be available until 2022, so customers are essentially placing pricey pre-orders for the items.

Early access minting began shortly before 1:30 p.m. ET, but Adidas was forced to suspend due to a problem with Mutant Ape Yacht Club owners not being allowed to mint the NFTs. Adidas has committed to refunding everyone who has lost gas fees (fees collected to mint the NFT) due to technical difficulties.

At 5 p.m. ET, early access was resumed, and public minting began at 6 p.m. ET. It’s unclear when the NFTs were completely sold out, but according to Adidas’ website, all of the NFTs were minted minutes after the public sale began. However, it appears that one person was able to mint a large number of NFTs, which may have hampered the number of NFTs available.

It’s unclear whether Adidas plans to release more NFTs in the future, but the company teases that “this is just the beginning” on its website. Given how quickly the first batch sold out — and how much money Adidas gained in a matter of hours — it’s unlikely that this will be Adidas’ only NFT offering. And it will almost surely want to compete with archrival Nike, which just purchased a virtual shoe and NFT firm.

Other businesses may be watching Adidas’ NFTs’ success with dollar signs in their eyes, but before they rush to the nearest blockchain, they should consider the cautionary story of the planned NFTs for S.T.A.K.E.R. 2. The NFTs were introduced on Wednesday by developer GSC Game World, but fans reacted angrily. The developers tried to calm the heat by tweeting out an explanation on Thursday, but it swiftly removed it before saying it would be scrapping its NFT plans completely.

Previous articleHere is the list of all the exciting Upcoming Triple-A Games in 2022
Next article“Minions: The Rise of Gru”: The second trailer reveals the globe-trotting sequel