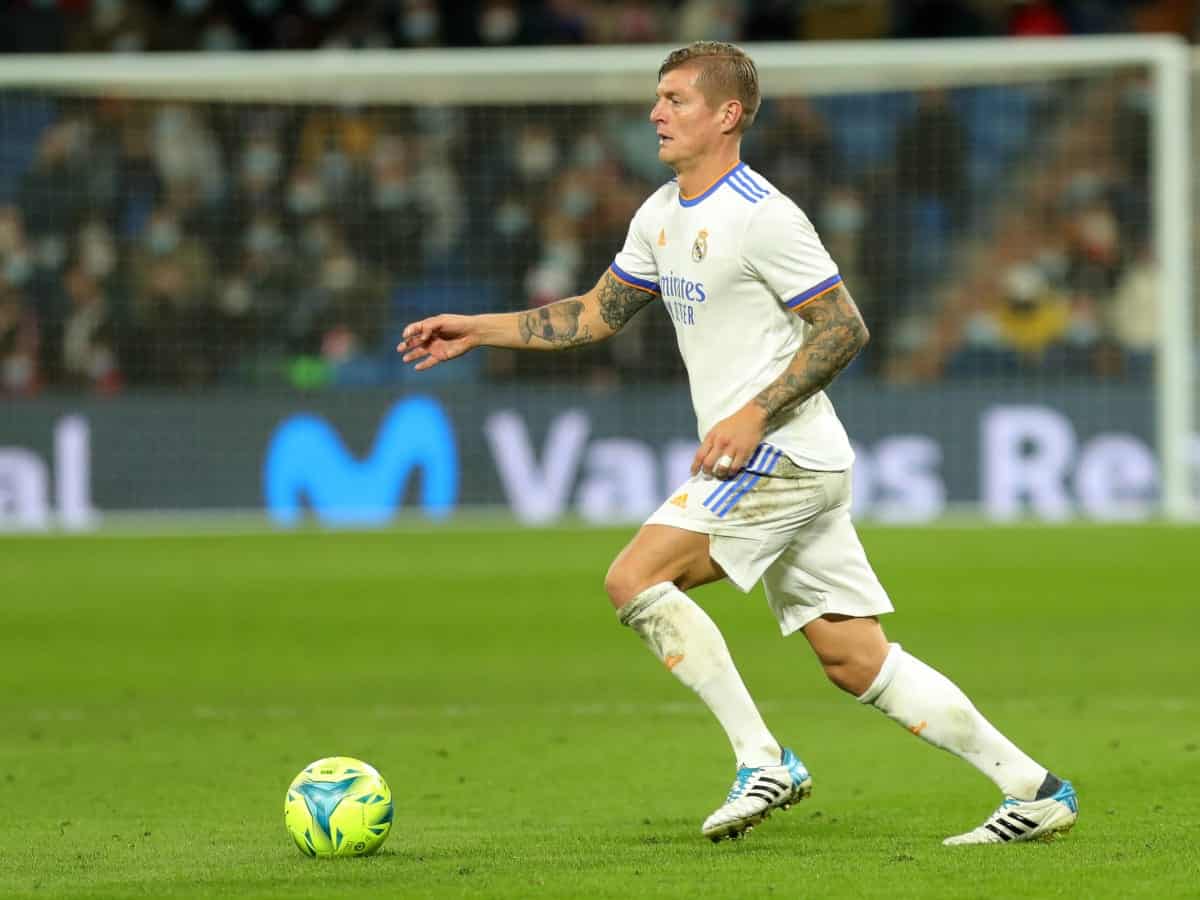 According to his agent, Real Madrid’s hierarchy has hailed German midfielder Toni Kroos as the ‘Transfer of the Century.’ After winning the World Cup in Brazil with Germany, the 31-year-old made the move to Spain in the summer of 2014, signing for £30 million from Bundesliga heavyweights Bayern Munich.

Toni Kroos continued his stellar season on Tuesday night with a spectacular goal from a distance as his Madrid side defeated Inter Milan 2-0 in their final Champions League group stage match.

During his eight seasons with Real, he went on to make over 300 appearances, establishing himself as one of Perez’s most regular and trustworthy players, as well as collecting thirteen trophies.

Kroos’ agent Volke Struth said that Real Madrid president Florentino Perez has been astounded by the midfielder’s growth in the Spanish capital and considers him one of the best signings of all time.

Speaking to the OMR-Podcast, Struth said: “[Perez] is an unbelievably pleasant person with a great life story,” Struth said. “He is entrepreneurial but remains human. He explained to me why Toni Kroos is Real Madrid’s transfer of the century.”

He’s become one of the most distinguished players in the Madrid squad after winning three Bundesliga titles and one Champions League with Bayern Munich. Toni Kroos is still demonstrating his worth with the Spanish giants, even though he is nearing the end of his career. Kroos sparked controversy last week when he said Lionel Messi’s record seventh Ballon d’Or triumph was “not deserved.”

‘There is no doubt that Messi, with Cristiano, has been the player of the last decade, but this year there should’ve been others ahead of him.’ He also risked Cristiano Ronaldo’s wrath by leaving him out of his all-time Real Madrid five-a-side team, instead of selecting legendary forward Raul.