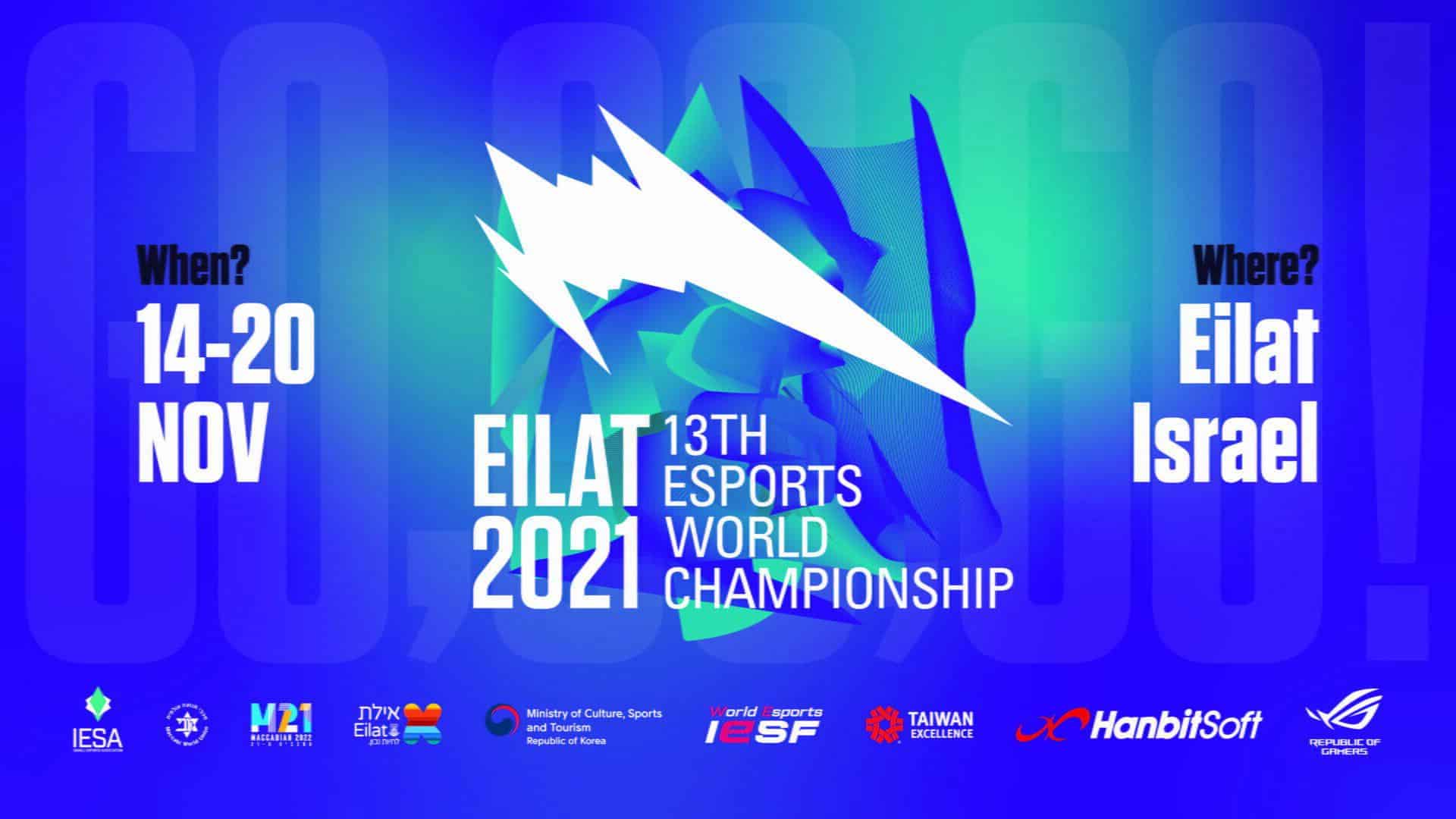 National Esports teams from the Republic of Korea, India, Thailand and the Philippines lead a strong Asian contingent heading into the competition

ASIA, 11 NOVEMBER 2021 — For its 13th year running, the International Esports Federation (IESF) is set to kick off its flagship competition; the 13th IESF Esports World Championship 2021. Scheduled to take place between 14th November 2021 to 20th November 2021, the competition this year will see a record number of Esports contingents from across the world compete for glory in the highest national Esports achievements available.

Being one of the first non-virtual Esports events since the pandemic, the Israeli city of Eilat is set to play host as it welcomes 500 Esports athletes from 85 nations travelling to the city for the illustrious fixture. Competing for national pride and a prize pool of USD 50,000, the multi-game event will feature four official games titles including DOTA 2, Counter-Strike: Global Offensive, Tekken 7 and eFootball™ 2022 and one promoted title, Audition.

Following a series of qualification rounds, 7 Asian nations have been called to advance to the grand stage in Eilat. The Asian nations competing at the 13th IESF Esports World Championship are as follows:

The event schedule for the 13th IESF Esports World Championship is as follows:

In an official statement, President of the Israeli Esports Association (IESA), Ido Brosh said, “Following a record number of participating teams, this year’s edition will be the greatest yet for the IESF Esports World Championship. I would like to thank the team at International Esports Federation (IESF), the Israeli Esports Association (IESA) and Maccabi World Union for their efforts in making this tournament possible. I look forward to welcoming all the national athletes and delegates to the global finals in Eilat.”

Vlad Marinescu, President of IESF added, “The IESF is incredibly excited for the 13th edition of our Esports World Championship which is the largest IESF event to date. Eilat 2021 will showcase and unify Esports athletes from a record 85 nations. This a true representation of IESF’s commitment to the growth and development of sustainable and responsible gaming worldwide.”

Fans and Esports enthusiasts from around the world can expect spectacular displays of talent and high-level competition during the week-long series. The broadcast schedule for the competition can be found on the IESF World Championship official website and social media channels, while the broadcast will be streamed live on IESF’s Twitch channel, as well as its official website.

Previous articleLooking for a PS5? You may have to keep looking for a while, here’s why
Next articleHere is the list of Top 10 Countries with Most Billionaires