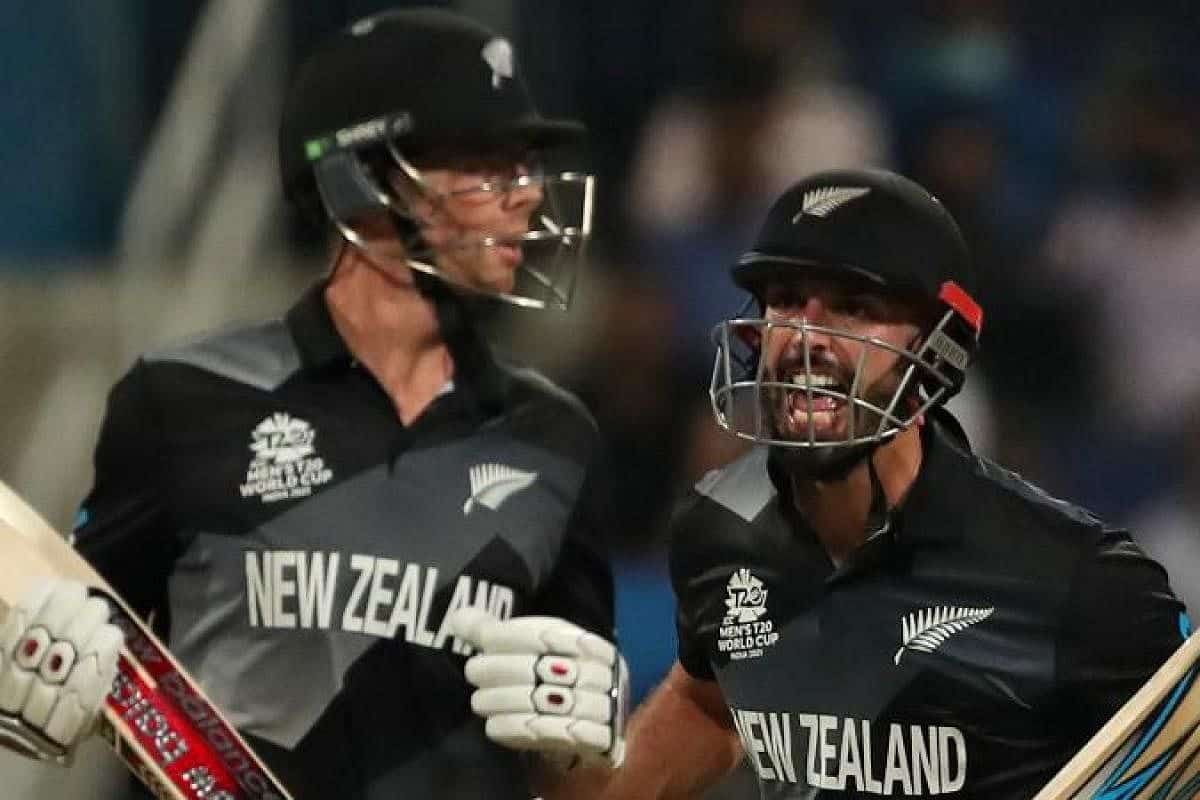 New Zealand becomes the first team to confirm their ticket to the T20 WC Final!

New Zealand becomes the first team to qualify for the 2021 T20 World Cup Final match. They defeated England at Sheikh Zayed Stadium to earn this spot of the first team to secure this achievement. The Kiwis beat the Englishmen by five wickets with six balls left, and it was undoubtedly a good thriller match to watch. Daryl Mitchell was given the man of the match award for his excellent batting performance, which helped New Zealand book their final ticket.

Initially, it was a good fight from England, where they batted first, putting up a score of 166 runs with the loss of 4 wickets. Dawid Malan scored 41 of 30 balls, and Moeen Ali’s half-century of 51 of 37 balls helped England reach the score. On the other hand, New Zealand didn’t have a good start at the start of their second innings as they lost Martin Guptill at the score of 4. Also, their captain Kane Williamson got out soon in 5, and England had the maximum percentage of winning the match.

However, Daryl Mitchell and Devon Conway had a good partnership, where both scored 72 of 47 and 46 of 38, respectively. Though the target was still far away and New Zealand was collapsing in their batting, James Neesham played a magnificent knock of 27 of 11 balls with 1 four and three sixes, keeping up a strike rate of 245.45. This innings brought the required run-rate down, and Daryl Mitchell staying at the pitch till the end led the Kiwis to glory in 19 overs.

Whom will New Zealand face in the final?

In the other semi-final, Pakistan and Australia will lock horns with each other on Thursday at the Dubai International stadium. Considering the present form of the two teams, Pakistan will be on a bit of bit upper hand; however, there is nothing as unpredictable as a t20 match from before.

Both the teams have been playing good cricket throughout the tournament, and it is expected to have a good game between them. The winner of this match will compete against New Zealand in the final at the same venue.

Read More: IPL 2022: Sanju Samson is expected to be released by the Rajasthan Royals.

Previous article13th India Game Developer Conference (IGDC) to kick off next week with a phenomenal line-up of global speakers
Next articleApple has released iOS 15.2 Developer Beta 2, here’s everything new you need to know