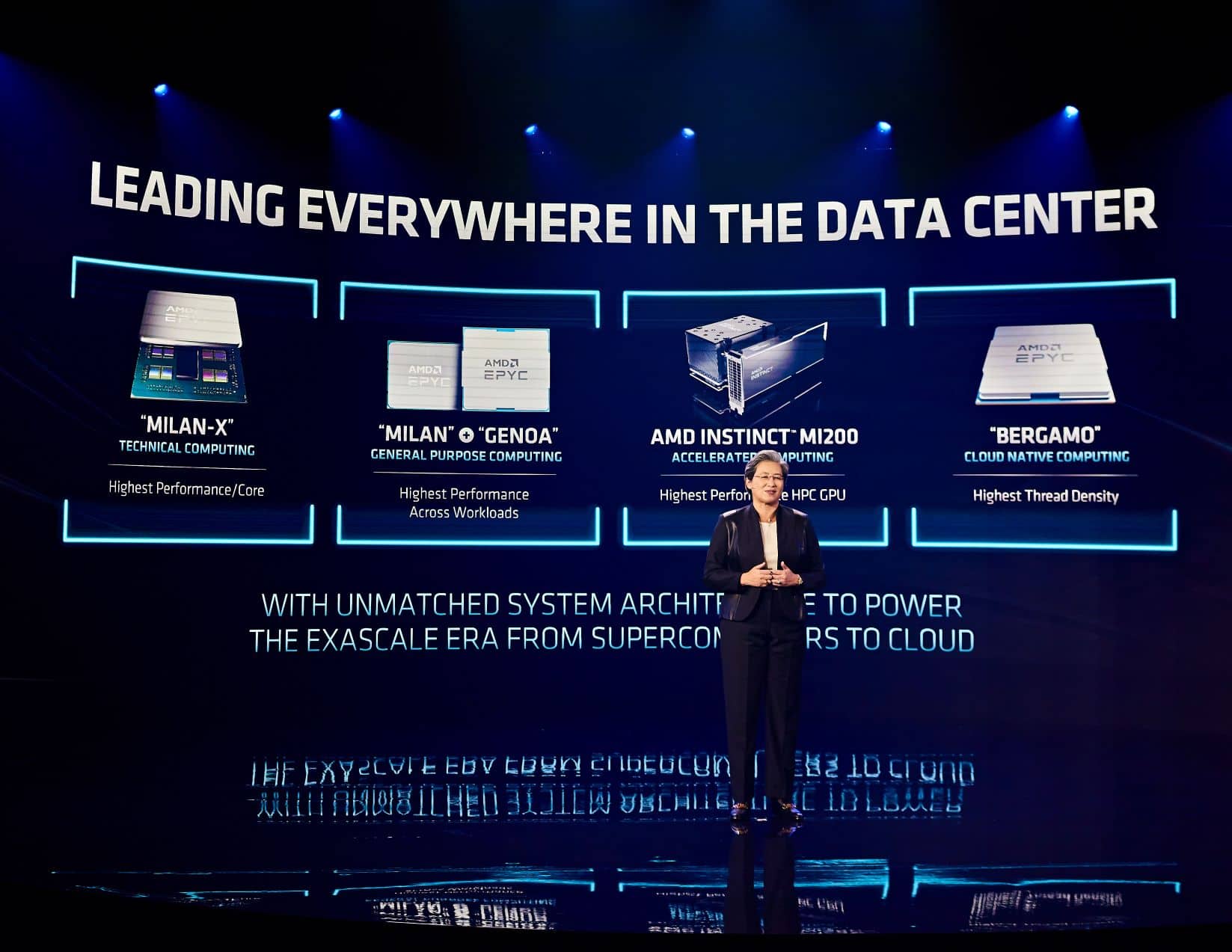 AMD’s success isn’t stopping in getting big customers for its server-centric chips i.e. EPYC server processors as it has declared that Meta, i.e. Facebook will be powered by these new AMD chips.

The Red team has been on a run to expand its business with its high-performance processors for quite some time now and everything changed with their Zen, Zen 2, Zen 3 processors. Even with a minor tweak called the 3D V-cache stacking technology, AMD is able to increase its performance by double digits.

However, the biggest announcement maybe is that Facebook which is being now renamed, Meta, is creating its own Metaverse and at its heart, it will be driven by AMD. Though AMD has confirmed at its recent launch event, Meta would eventually use AMD EPYC server processors, but we do not exactly which processors or maybe GPUs, more details will come soon.

AMD’s new Milan-X is obviously promising but the next big thing has to be their next-gen “Bergamo” chips with up to 128 cores based on 5nm based Zen 4 architecture and the EPYC Genoa processors with up to 96 cores.

This kind of horsepower is unseen and we are sure customers like Meta, or even Twitter, Netflix who are now with AMD will surely benefit from the upcoming server chips. Read more about these upcoming AMD chips here.