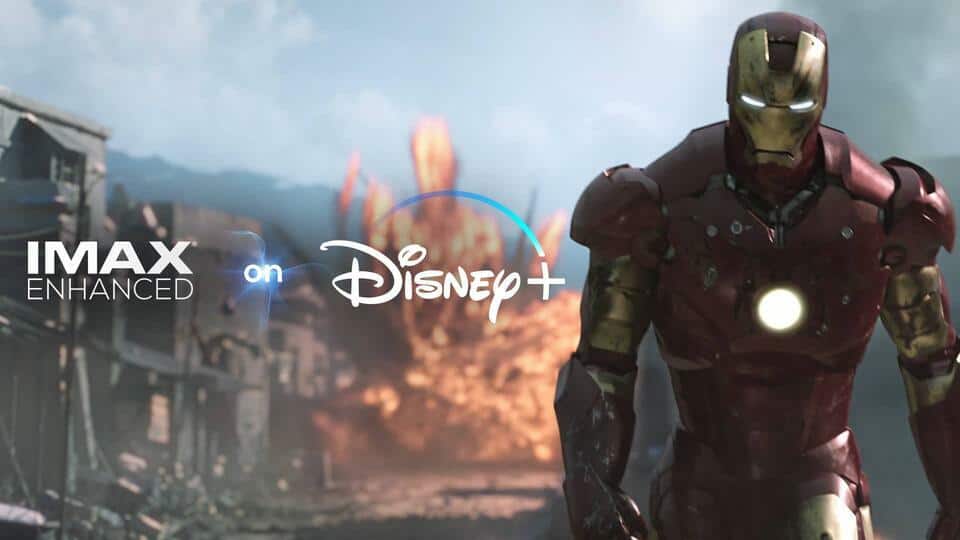 At last, the news becomes true Disney+ has dropped the trailer about the arrival of IMAX. All the fans will become able to stream the same of the favourite Marvel titles in IMAX’s Expanded Aspect Ratio at home, also with the IMAX enhanced on Disney+.

IMAX has expanded the aspect ratio that is 1:90:1 that has been offered up to 26% more pictures for the select sequences, meaning more action will be visible on the screen, just like the filmmakers have intended it. Soon, the collaboration will also be delivered with the more enhanced audio and visual technology to Disney+, containing immersive IMAX signature sound by DTS.

After expanding the IMAX Aspect Ratio, the filmmakers can also make a more immersive experience in the theatres and the home. All the Marvel fans are waiting for long for IMAX Experience at home as it has been intended by the incredible teams behind some of the world’s most famous movies.

For more than a decade, IMAX has been helping the filmmakers to taki8ng the fans across the Marvel Cinematic Universe in theatres. Also, now this epic journey will cross into this new world just at home, said Rich Gelfond, CEO of IMAX. This IMAX, Disney, and Marvel Studios are providing all the fans with their requirement the most immersive viewing experience along with the life of the Marvel Studios Film from the exclusive theatrical release to the library t home where they can now watch the Avengers assemble with the ore picture than ever before.

It is contained the 13 titles available at launch include the Disney+ premiere of Marvel Studios’ Shang-Chi and The Legend of The Ten Rings on November 12th, as well as other fan-favourite MCU movies like Iron Man, Guardians of the Galaxy, Guardians of the Galaxy Vol. 2, Captain America: Civil War, Doctor Strange, Thor: Ragnarok, Black Panther, Avengers: Infinity War, Ant-Man and The Wasp, Captain Marvel, Avengers: Endgame, and Black Widow.

Disney, Marvel Studios, and IMAX have been collaborated for several years for bringing the world’s most famous films to the big screen, and on Friday, they would have started to bring IMAX Enhanced to view in the Disney+ app. and ESPN+. They had been thrilled to create this latest value for Marvel fans and the audiences on the Disney+ app, and they are looking forward, and offering even more IMAX Enhanced functionality shortly.

IMAX and its technology partner DTS have been enabled all the content that can be viewed at home with the highest quality. That has been ensured about the filmmakers’ creative intent that is completely optimized for an IMAX quality presentation. Disney+ has become the first major streaming service that can elevate the at-home viewing experience with IMAX Enhanced and rewarding to the subscribers with the latest ways for the re-experience of the Marvel Cinematic Universe and far beyond.

We can say that this latest announcement is definitely the latest evolution in the storied relationship between IMAX and Marvel Studios, with the audiences entering for the first time the Marvel Cinematic Universe in IMAX in 2010. The first films that have been shot under IMAX Expanded Aspect Ratio are Avengers: Infinity War and Avengers: Endgame.

Previous article
Manchester United is comprehensively outclassed!
Next article
Lionel Messi has been nominated for the IFFHS Men’s World Best Playmaker award for 2021