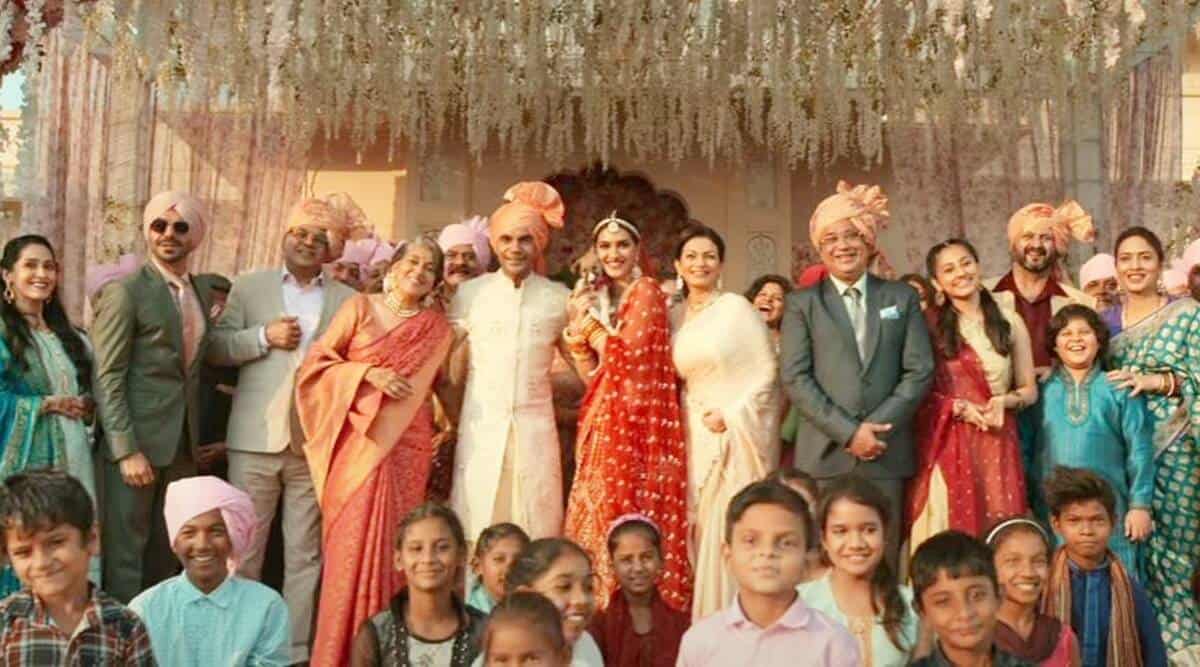 Hum Do Aur Hamare Do, starring Raj Kumar Rao and Kriti Sanon is all set to get its OTT release

The new film named Hum Do Hamare Do is a comedy-drama film which is going to release on Disney+ Hotstar on 29th October 2021, starring Rajkumar Rao and Kriti Sanon. This film is all about a couple who will adopt their parents.

On 8th October 2021, the film’s new poster was shared by Kriti Sanon on her Twitter account along with its release date. She has also announced that the trailer of the movie is going to be released today i.e. on 10th October 2021.

She has written that “Hamara hero, uska pyaar aur uske adopted Maa-Baap, manayenge Diwali aapke saath.”  The translation says that “Our hero, his love, and his adopted Mom-Dad will celebrate Diwali with you. #HumDoHamareDo, streaming 29th October, on @DisneyPlusHS.”

After hearing the announcement and watching the poster, the fans have gone crazy to see this couple back on the screen after Bariely ki Barfi film and the comment section of the post has got flooded up with different comments.

The teaser of the film Hum Do Hamare Do was released on 6th October 2021. It begins with a flashback of the old movies including Stree, Luka Chuppi, Bala, and Mimi which has left the fan with one question that Ab “Hero kya karega (what will the hero do now)?” Forward to Kriti and Rajkummar’s perfectly imperfect love story, which can only be complete with family. So Rajkummar Rao does look out for one (family).

While sharing the teaser Kriti Sanon has written “Yeh Diwali…Familywaali! Presenting the teaser of Hum Do Hamare Do. Streaming soon on Disney+ Hotstar.” She also shared a poster with Rajkummar Rao and wrote: “Hero kya karega?”

The film is produced by Dinesh Vijan’s Maddock Films and it is directed by Abhishek Jain. The film Hum Do Hamare Do stars Paresh Rawal and Ratna Pathak Shah it also stars Aparshakti Khurana, Manu Rishi Chadha, and Prachee Shah Pandya.