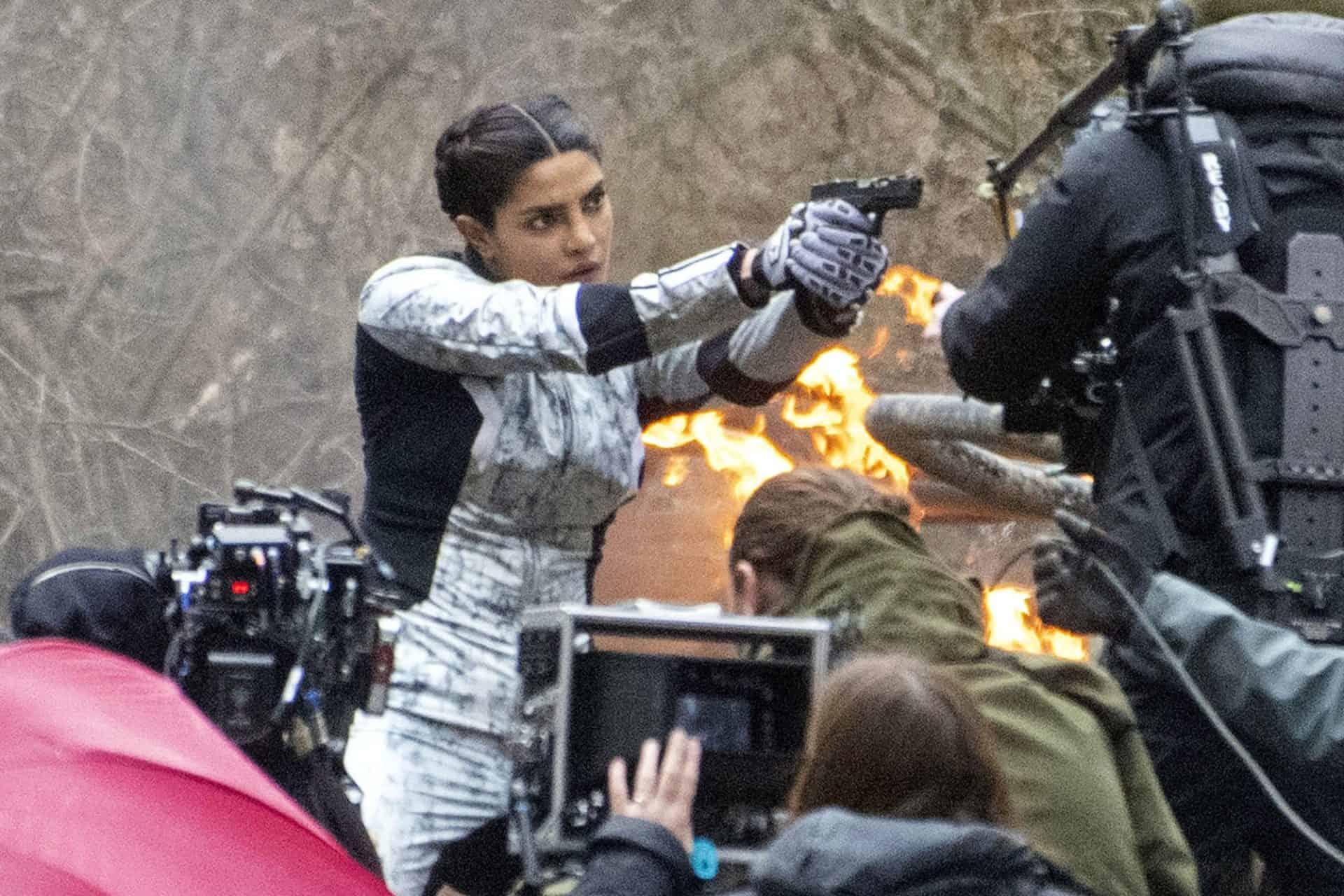 Currently, the actress Priyanka Chopra is busy with her new project named Citadel. It is a series that is backed by the Russo Brothers in Spain. She has also shared a behind-the-scenes picture of herself, holding a gun.

While sharing the picture, Priyanka has written, “Facing fears like the warrior she is…can’t wait for you to meet her.”

It has come to know that Priyanka has been documenting some of her shoots in Europe. Recently she had shared a selfie with her face masks on while she was on her way to the sets. She has captioned it, “Taking advantage of the drive to work!” and added hashtags, ‘Self-care first’ and ‘Citadel’. Earlier, she has also posted a photo of herself with blood on her face. Going by the small hints, we can see that Citadel promises to be an action-packed series. The show also stars Game Of Thrones actor, Richard Madden.

Joe Russo while speaking to Indianexpress.com about Priyanka that, She’s an incredible star. I mean I think she has been amazing. We just had a table read of the show a couple of days ago and it was fantastic. We are so proud of that show. We are excited for audiences to see it.”

Priyanka had a hectic couple of months ahead. She will also be seen in Matrix 4: Resurrections, she has Text For You with Celine Dion and Sam Heughan. It is a wedding-themed reality show, a romantic comedy with Mindy Kaling and the Ma Anand Sheela biopic. Priyanka will also be seen in Farhan Akhtar’s Jee Le Zaraa along with Alia Bhatt and Katrina Kaif.