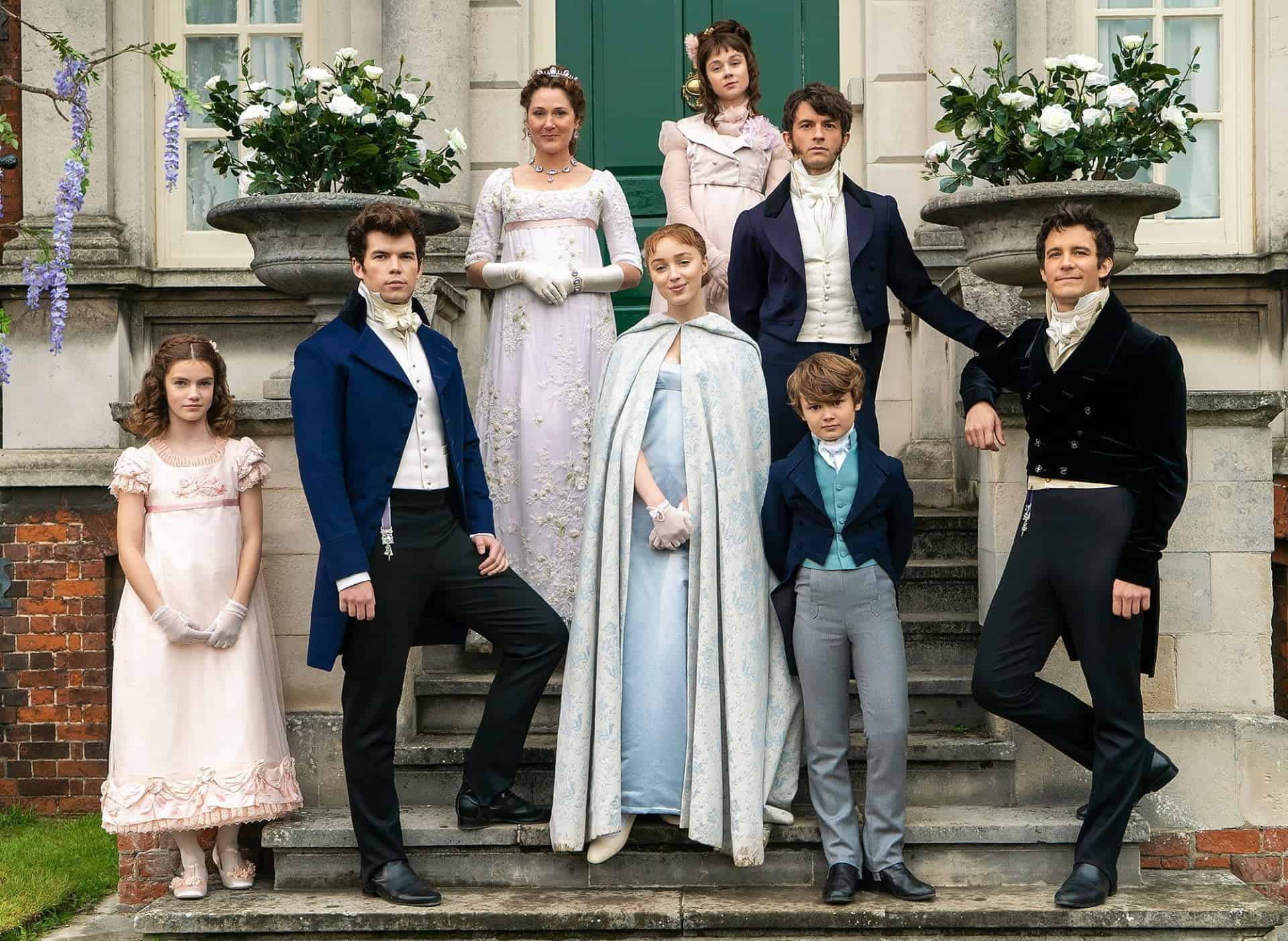 On Saturday, the first clip of Bridgerton Season 2 has been released. It features the couples at the center of it, Anthony Bridgerton and Kate Sharma. Netflix has revealed first look photos from the new seasons which consists of three new photos. All of these three pictures are from the opening episode.

One of the pictures shows us the same first garden encounter between Anthony and Kate from the clip. The second one features the three Sharma women, Kate, her young sister Edwina, and their mother Mary as they arrive at the ball which has been joined by Lady Danbury. The third pic tells us about a scene at the ball featuring Lady Violet Bridgeton, Anthony, and Benedict Bridgerton flanking the family’s debutante this season, a prim Eloise. The photos provide us a glimpse at Anthony’s trimmed sideburns and Eloise’s slicker hairstyle.

The second season is all set to get its release in the year 2022 but till now the date has not been fixed. The show is based on the second book in Julia Quinn’s Bridgerton series, The Viscount Who Loved Me, that chronicles Anthony Bridgerton’s quest for love.

Bridgerton is set in the sexy, lavish, and competitive world of Regency London high society. At the heart of the show is the powerful Bridgerton family. It Comprised of eight close-knit siblings, this funny, witty, daring, and clever group must navigate the upper ten thousand’s marriage mart in search of romance, adventure, and love.

The series has become one of Netflix’s biggest ever series and it was watched by a record 82 million households around the world, comes from Shondaland, and is executively produced by creator Chris Van Dusen, Shonda Rhimes, and Betsy Beers.

Here we present the three first looks pictures of the Bridgerton Season 2:-

The show has already been renewed for its third and fourth season and is getting a Young Queen spinoff.

Previous article
Lava International files for fresh IPO with capital markets regulator Sebi
Next article
“Pokemon Legends: Arceus”: Here is the new trailer for the outside of the battle