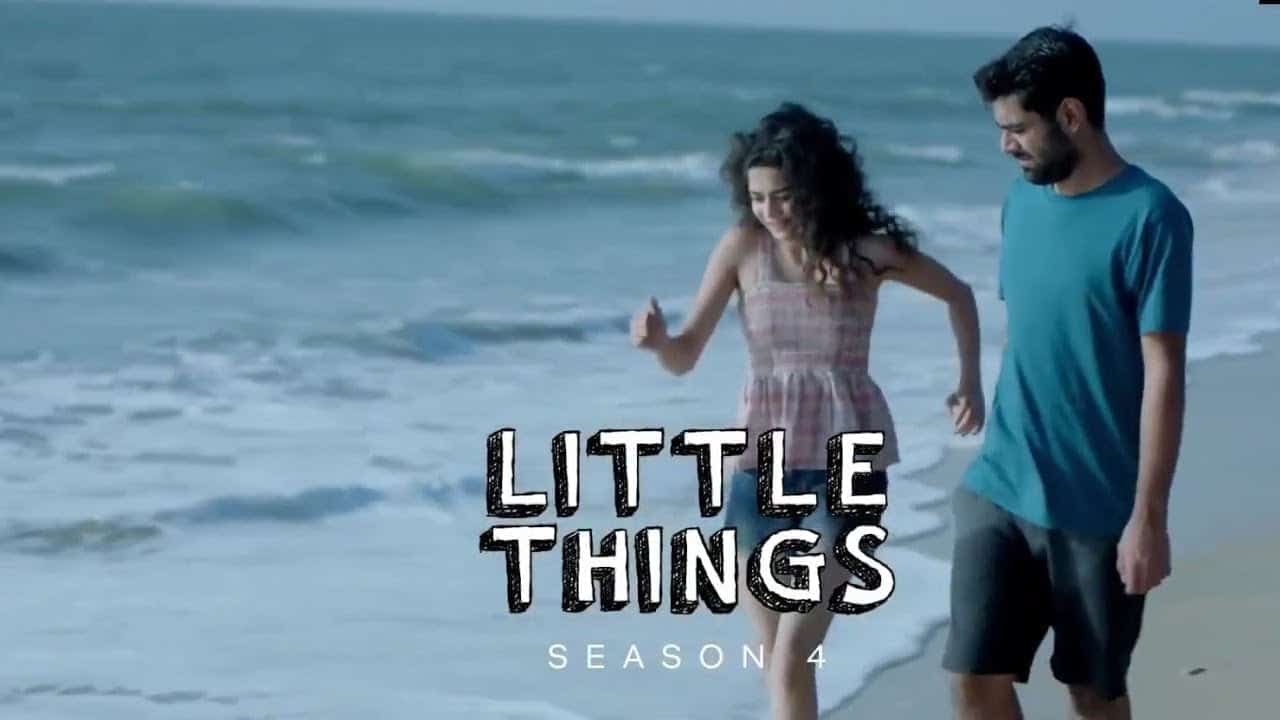 On Tuesday Netflix has released the trailer for the fourth and final season of Little Things. It is an Indian romantic comedy streaming TV series. It is created by Dhruv Sehgal. He has also starred in the series along with Mithila Palkar. It is directed by Ajay Bhuyan and Ruchir Arun and produced by Aditi Shrivastava, Anirudh Pandita, and Ashwin Suresh of Dice Media. The series is written by Abhinandan Sridhar, Nupur Pai, Garima Pura Patiyaalvi, Gaurav Patki. Ashwin Suresh is credited as the showrunner and executive producer. Aditi Shrivastava and Anirudh Pandita also serve as executive producers, while Akshata Samant is the creative producer. The first season of Little Things has been released through the official Youtube channel of Dice Media from 25th October 2016 to 22nd November. The series was later purchased by the Netflix franchise and its second season was aired on 5th October 2018. The third season was released on 9th November 2019.

The show is all about the lives of millennial couple Dhruv and Kavya, as they navigate adulthood and all that it entails. It is starring Mithila Palkar as Kavya and Dhruv Sehgal as Dhruv. The season will show us the history of the couple’s “tricky transition” from a young lover to a more mature relationship. The final season celebrates Dhruv and Kavya’s individuality and relationship as they grow together amidst their highs and lows. Audiences will witness Dhruv and Kavya’s navigating questions around commitment, health, ambitions, and family.

While talking about her journey on Little Things, Mithila Palkar has said, “Little Things is a show that is very close to my heart. Kavya is a character that is going to stay with me forever. It’s been an incredible journey with Dhruv, my directors, and the fabulous crew. The final season nudged me to go back in time and relive my journey as Kavya for one last time. I am hoping audiences enjoy this season as well and celebrate their bond with Dhruv and Kavya.”

Further Dhruv Sehgal, the writer, and actor of the show have said in a statement, “My bond with Little Things is very special, it’s not only a show that I wrote or played a character I love, but this show is also my baby. I have grown with this show and the amount of love it has received over the years has really overwhelmed me. I’m honestly a little sad that this show is coming to an end, but I’m also immensely happy that Dhruv and Kavya were able to spread this much love and joy amongst their audience.”

“Little Things” Season 4 is going to release on 15th October 2021 on Netflix.