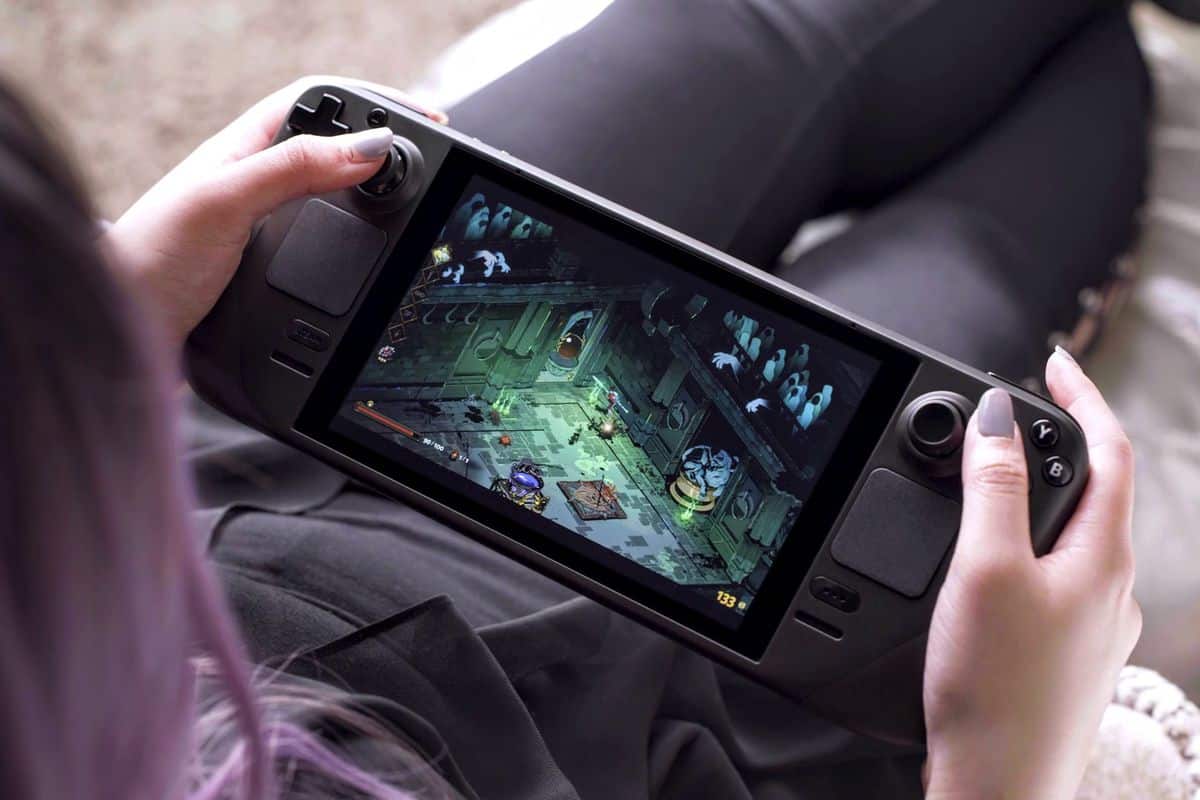 Valve’s Steam Deck is the console that we are waiting for and based on several leaks and rumours, the console will have more features than your typical handheld gaming console, and Valve has just revealed another of its functions.

That’s right we are talking about the ability of the device to be used as a PC controller. But one thing it won’t have is support for external GPUs, which was pretty much expected.

In the latest FAQ conducted by Valve, the company answered some of the most asked questions about its Steam Deck. But the most interesting revelation came when the developers confirmed that the handheld device can also be used as a controller for your PC games. All you have to do is connect the Steam Deck to your computer via Remote Play.

The console not only has its touchscreen, but it also comes with capacitive thumbsticks, trackpads, extra rear buttons, a gyroscope, and haptic feedback, so being able to use it as a PC controller sounds like a potentially exciting prospect.

In other news, Valve also stated that the Steam Deck will be supporting multi-boot, which means that users can have multiple OSes installed and choose which one to boot into when powering up the machine.

The Steam Deck will also work with VR headsets. But, Valve has also stated that the console is not optimized for PC VR.

It’s also confirmed that users won’t be able to boost the Steam Deck’s graphical power by connecting it to an external GPU enclosure. It also noted that players will be able to have multiple accounts on one Steam Deck, each with its own local save data and settings.

As we know, the heart of the console will be the CPU which is made with the collaboration of AMD and Valve, as well as an improved Linux CPU driver that will benefit both the Steam Deck and PCs equipped with Zen 2 Ryzen CPUs and APUs, giving users a good reason to use the device’s Arch Linux-based SteamOS 3.0.

Previous article
High-profile meeting at White House regarding global chip shortage will include representatives from the like of Intel, Apple, and Microsoft
Next article
Minnal Murali starring Tovino Thomas release date announced; is all set to release on Netflix