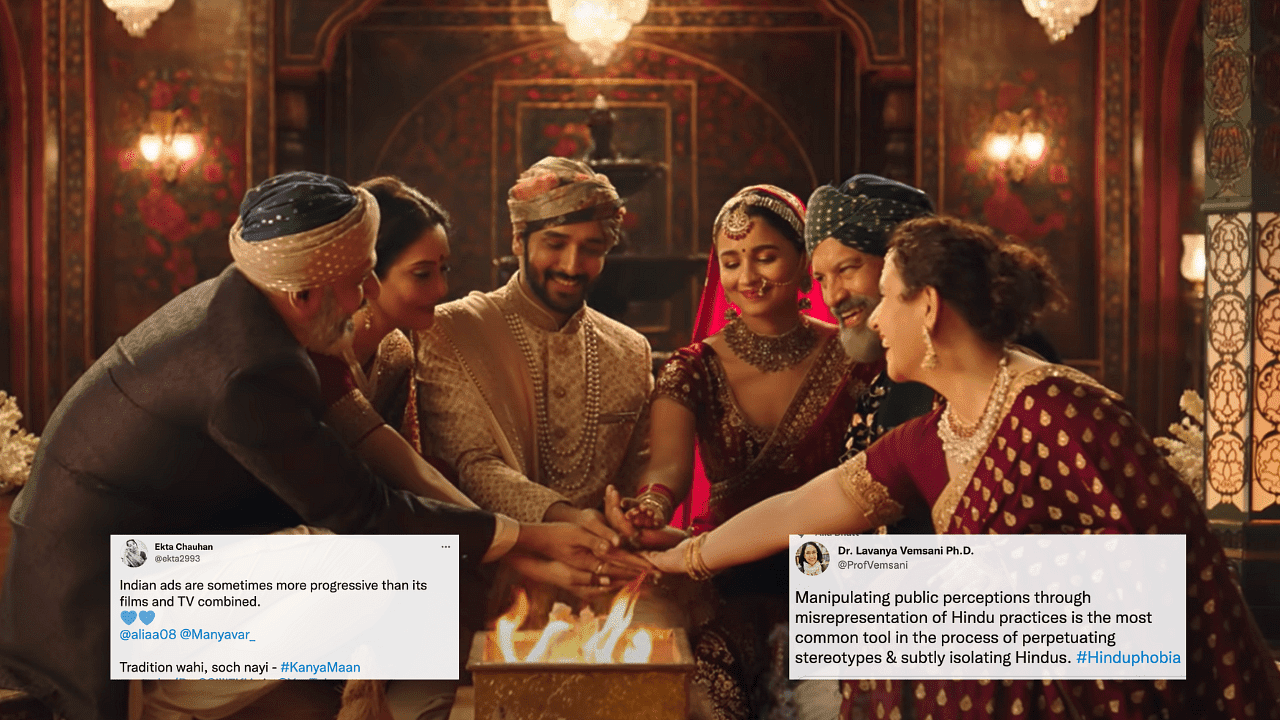 The latest advertisement of Alia Bhatt has felt Twitter divided. In her latest bridal advertisement wear, Alia has been seen that she was asking questions about the archaic tradition of Kanyadaan (where a father gives his daughter away at the wedding). While sitting at the mandap with her husband-to-be, Alia mentions each member of her family — grandmother, father, and mother — and how much they love her. However, she objects to the practice of kanyadaan at weddings. She has also asked that why she was always treated as the “other” and a temporary part of their family, despite loving her so much. She has also asked in her internal monologue “Am I a thing to be donated? Why only kanyadaan”. She was also pleasantly surprised when her mother-in-law and father-in-law give their son away as well. Everyone smiles, and the couple gets married.

Many fans have hailed the ad and also called it a “modern concept”. While others have attacked it for being “woke feminism”. Further another one has written, “Love the concept. Actually, this is a more beautiful ad, and jitni bhi lines Alia ne bola hai is true and har ladki ko ye baat mehsoos hoti hai Kabhi Na kabhi kahi na kahi (Whatever lines Alia has said are true. Every girl has felt this once in her life). Every girl out there will feel good after listening and watching this ad and we will try that this happens in reality too,” wrote a fan. “Love this!! #KanyaMaan (respecting the girl) is the future of weddings.”

While few others have taken it as an offense, they said, “The very industry that objectifies women in their films, web series and reality shows is preaching about “kanyamaan” Wish they would practice what they preach then women would automatically get respect.” Some of them have also written that it was against Hindu sentiments.

Alia Bhatt has been part of the same brand for a while now. She had acted in another bridal advertisement before this ad.