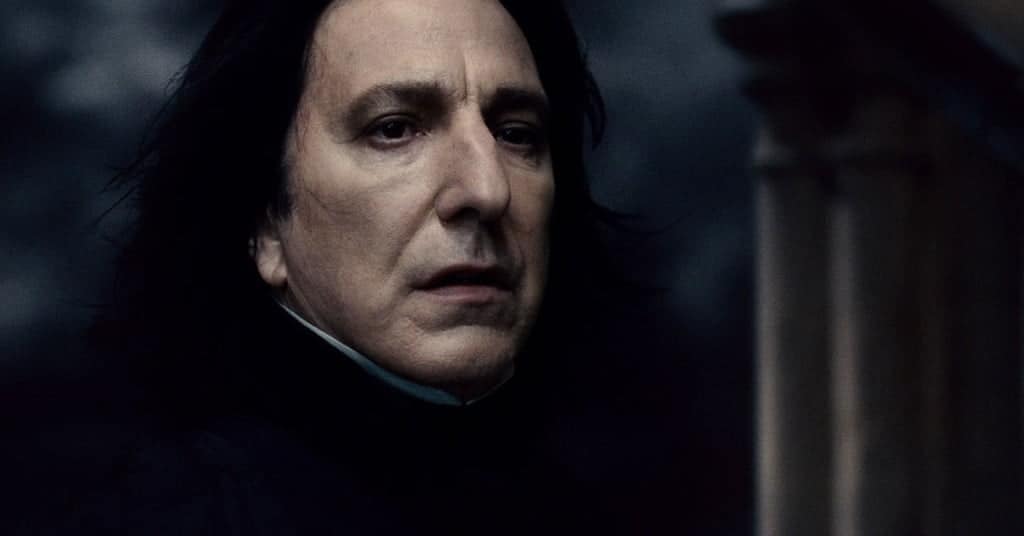 Severus Snape is a fictional character which is presented in Harry Potter’s series by J.K. Rowling’s. He is an exceptionally skilled wizard whose sarcastic, controlled exterior conceals deep emotions and anguish. He was a Professor at Hogwarts School of Witchcraft and Wizardry. Snape was hostile towards Harry due to his resemblance to his father named James Potter. According to the series, James bullied Snape during their time together at Hogwart.

As the series begins and it started to progress, Snape’s character has became more layered and enigmatic. A central mystery is unravelled concerning his loyalties. Snape dies at the hands of Lord Voldemort in the seventh book, for which his back story was revealed. Despite his attraction to the Dark Arts and Voldemort’s ideology of wizard supremacy, Snape’s love for Muggle-born Lily Evans,  Harry’s mother, eventually compelled him to defect from the Death Eaters. He then became a double agent for Albus Dumbledore and the Order of the Phoneix. The fact that Lily chose James Potter, Harry’s father, only fuels Snape’s hostility towards Harry.

The more new content is on its way from the magical universe in the form of a prequel focussing on Severus Snape by hearing that Harry Potter fans will be delighted.

Nothing more have been heard about the project till now, but it has been heard that it is being created by Warner Bros and it will premiere on HBO Max. Till now no information has been gathered about the its release date and even about the plot, beyond the fact that Snape will be one of the main protagonists.

It is also reported by ‘We got this covered’ that Hermione will be feature heavily in the series and could perhaps even get her own show.

Writers and producers will get a goldmine of opportunities from the backstories of these characters. Potterheads should stay on the lookout for further updates on these developments as they happen.