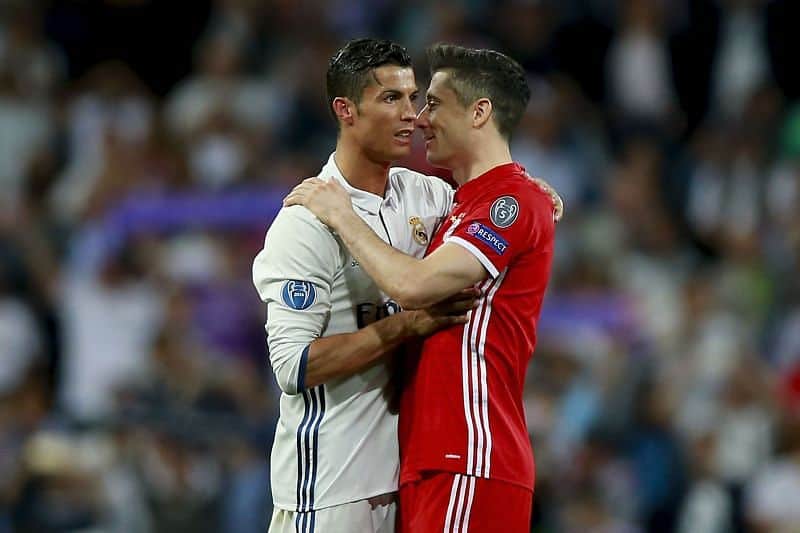 FIFA 22: Cristiano Ronaldo is rated lower than Robert Lewandowski in the game

FIFA 22 has been officially announced and will hit stores worldwide on 1st October. You can also pre-order it and get early access to the game. EA Sports has brought Hypermotion technology to FIFA 22 to give it a fluid feel.

Now, EA Sports have revealed the top 10 highest rated players in FIFA 22. Among all the ratings, the one which surprises the most is that Robert Lewandowski has been given a higher rating than Cristiano Ronaldo. Lewandowski is 92 rated while Ronaldo has been given a rating of 91.

The Bayern Munch striker has obviously turned into one of the most lethal no 9 in world football, scoring goals at will. Whereas, on the other hand, Ronaldo has returned to the most competitive league in football, the Premier League. He has also recently scored the most goals in international football.

Despite being 36 years of age, Ronaldo shows no sign of stopping as he scored 2 goals in his second debut for Manchester United. He is still among the best, if not the best.

The ratings of Ronaldo and Lewandowski has created many controversies, as even if Ronaldo is not better than Lewandoski in current form, he is also not below the Poland captain.

FIFA 22 is now up for Pre Order. There are two versions, Ultimate and Standard edition. The Ultimate edition comes for Rs 4,299 while the Standard edition is priced at Rs 2,999. If you already own the previous version of FIFA, you can get a 10% discount on FIFA 22.

If you order the FIFA 22 Ultimate Edition, you will receive: