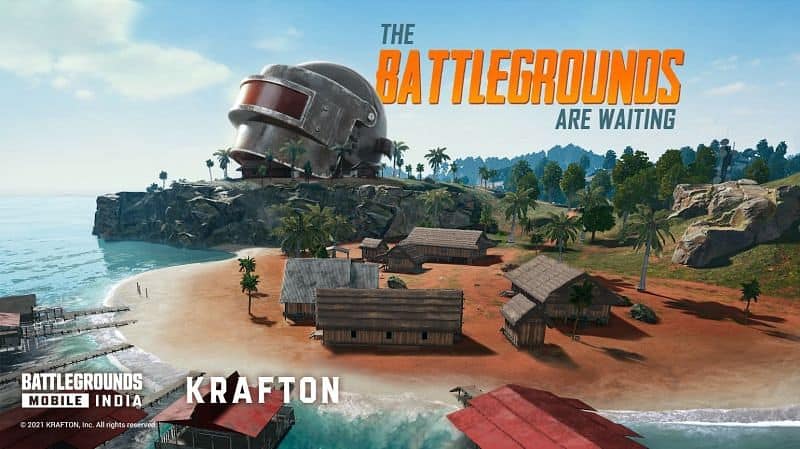 Top 16 locations for the Best loot in Battlegrounds Mobile India

Now in the gaming world this one name Battlegrounds Mobile India is a big name in the entire country, one can play it solo, in a duo, or a squad. It is easy to find loot in solo or duo but in a squad, it becomes sometimes difficult for the players to choose the correct location to land for the loot. It is quite confusing to land on the perfect spot in BGMI. And it is also very tricky. This one decision can give you such advantages to get the Winner Winner Chicken Dinner. A player will be won half of the battle while they will be equipped with such appropriate gear at the beginning of the match.

Here is the list of places to get a huge amount of loot for the entire squad:

It is a very small structure located at the Noth0-East of the map. In this area, you can get nine structure that is really good for practice and you get a huge amount of loots.

It is definitely one of the hot zones to get drop-in Sanhok for the map size and centralize location. This place also has been offered the best loot and is also the top spot for landing in BGMI. In this, you have to fight to keep it.

It is located on the west side of Hacienda Del Patron. It is also filled with a huge amount of loots but be careful that players should scout first before charging in the town.

It belongs to the map Miramar and it is a large city that has been featured with ample shopping, the skyline has contained with much latest construction, the glorious, and golden-hued City Center.

It has been located in the middle of the map. It is indeed located with such a great spot that makes the entire farm to be a safe place to land in Battleground Mobile India.

This Kameshki town is also situated in the North-Eastern section of the Erangle. It has also several buildings and many warehouses. In this, all the gamers will hold a lot of it from this location. In this, the location of Kameshki is mainly the best reason for not getting frequented by the other gamers. We will like to inform you that the POI has been situated far end of the map and it also falls outside of the very first as a safe zone.

The map of the Erangle is one of the highest points on the Erangle map and it has contained a few sheds and remnants having the ancient buildings. This POI has offered such decent loot, and the gamers also usually get all the things to require for survival. The players will not usually drop at the location and they also can safely land here without any worry that has been eliminated earlier in Battlegrounds Mobile India.

It has been located in the middle of Ruins and Rozhok. It is one of the safest places to land on the Erangle map in BGMI. Gamers choose to land School or Rozhok that has made the location the safest place. It is contained with many buildings and each building is just connected with the other. It has a huge share for loot and also players can tend for getting good weapons and protective gear, health kits, and also such incredible items.

It has been located on the east side of the map. It is mainly a small town with many houses that also provide a good amount of loot.

On the bottom side of the map, there are three places like Quarry, Ferry Pier, and Primosk that are bunch together. It is true that players often ignored these places but these places can give them a huge amount of loot and it is also perfect for the newcomer and also for the passive players.

This city has just made the resemble the crates in the Novorepnoye. In this players also can land on the top of the crates for the gear. It is also very famous for the high-level loot, and all the members of one group can be satisfied by the armaments and all the players would expect for the tussle to get the weapons.

This place is also a preferred location to get drops for the passive players. The area is seldom in the path of the flights and also for some players who can drift all their parachutes here. In this place, players can find the loot in peace at the time of encountering the little action.

If you are a solo player then as a member of a team can be equipped fully by looting the nearest areas of Shelter and Mansion.

At the edge of the map, this place is located and is also overshadowed by the other famous locations in Erangle. It is very interesting that sometimes anyone can get good loot from this place. The entire squad can loot the nearby place like Mylta.

It is one of the most popular places for the level 3 gear and also to get such good weapons. There are also Pro squads who land here to get the huge amount of loot. If you want a lot of action along with some best gears, then this place is the best place to land.