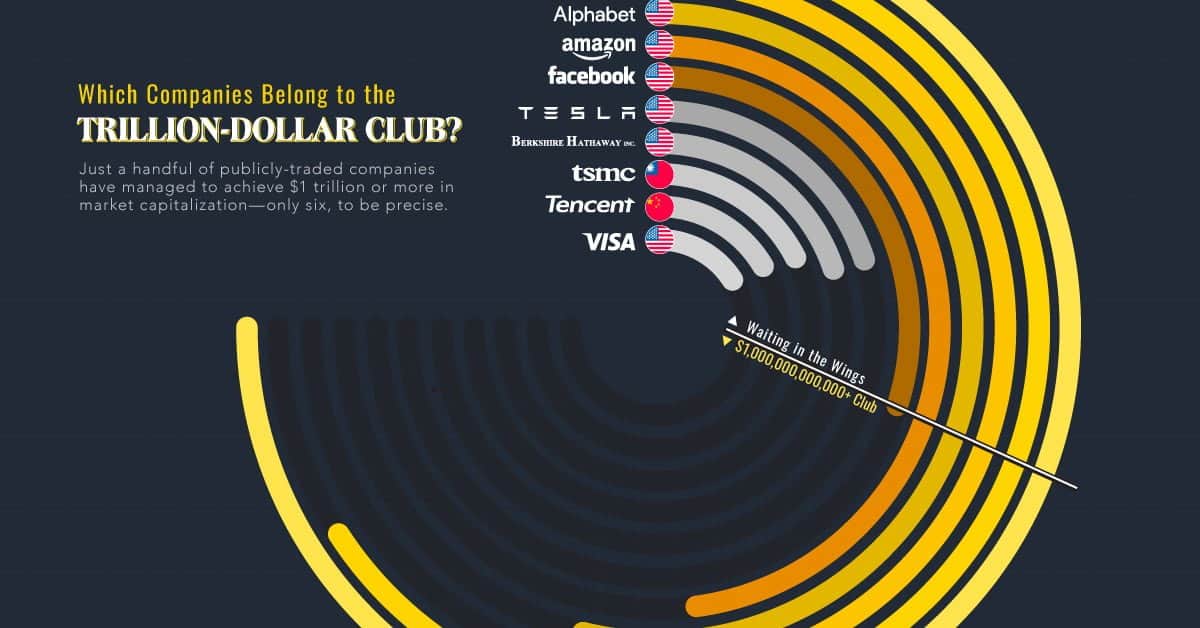 It is quite interesting to know about the richest company in the world. In this, there are only just a few companies that have publicly managed to reach the $1 trillion goals or even more in the market valuation. There are also many companies that have crossed the market capitalization above the $500 billion are also few and near to the trillion clubs. In this, we will first be told about the automobile company Tesla whose current valuation s $658 billion, and it is expected that within a decade it can reach $3 trillion, there are also such companies like Berkshire Hathway with a market capitalization n$655billion, TSMC with 4576 billion, Tencent with $537 billion, and Visa, it is mainly a consumer credit pioneers in the US. It is mainly experimenting with cryptocurrency and got some success.

This time Facebook is one of the most popular applications which have millions and millions of users. It was established in 2004 by Mark Zuckerberg along with his talented classmate of Harvard University in early 2004. This is mainly a social media platform to communicate with more than 2 billion daily users and a market value of $757 Billion shows the popularity of Facebook. In July 2021 this company just has entered with a $1T + club. It is the youngest company to reach its goal.

In America, Amazon is one of the top multinational companies, it is informed that the company List mainly focuses on various types of services like e-commerce, cloud computing, digital streaming, and artificial intelligence. In 2019 It become the most expensive company in the world and still growing with 1.3 million employees.  In 2021, this company also has enlisted its name on the trillion clubs.

Alphabet. Inc. is a multinational top most American company which has the headquarter in Califonia, it was made through the restructuring of Google that makes the company a popular and better organized. The name was changed by Google in 2015  to Alphabet. As a parent company Alphabet said to Google for expanding the domains outside of Internet search and has advertised as well. It is a 23-year-old foundation.

Saudi Aramco is currently one of the largest companies in the world in collecting revenue, it is the oil company of Saudi Arabia that operates the world’s largest hydrocarbon single network. Saudi Aramco has become the main leader in producing liquefied natural gas. The company is recently has been purchased by the government of Saudi Arabian. It is definitely a gas giant which is also a non-American company to enter this trillion-dollar club.

The entire world knows the name of the company Microsoft which is mainly a software development company of America with headquarters in Washington, it was founded in 1975 by Bill Gates. Microsoft is mainly providing the services like developing, manufactures, licenses supports, and sells computer software. It is the company to hit the $2T market milestone to date and also leaving all the others left in the dust.

It is one of the topmost companies with uniqueness and along with all the places like a traffic signal, railway station, market places, daily numerous people buy Steve Jobs book and read it as well, Steve Jobs is undoubtedly a famous charismatic pioneer in the era of the personal computer. He has founded Apple who is recently the most successful brand and one step forward in technology. It is mainly a multinational technology company to develop and sell an electronic product. It is the richest company to enter the $1 Trillion club.

Previous article
Here is the list of the Best Places for the Loot Chests in Fortnite
Next article
Money Heist Season 5 Volume 1: Twitter reactions and reviews of the fans and audience