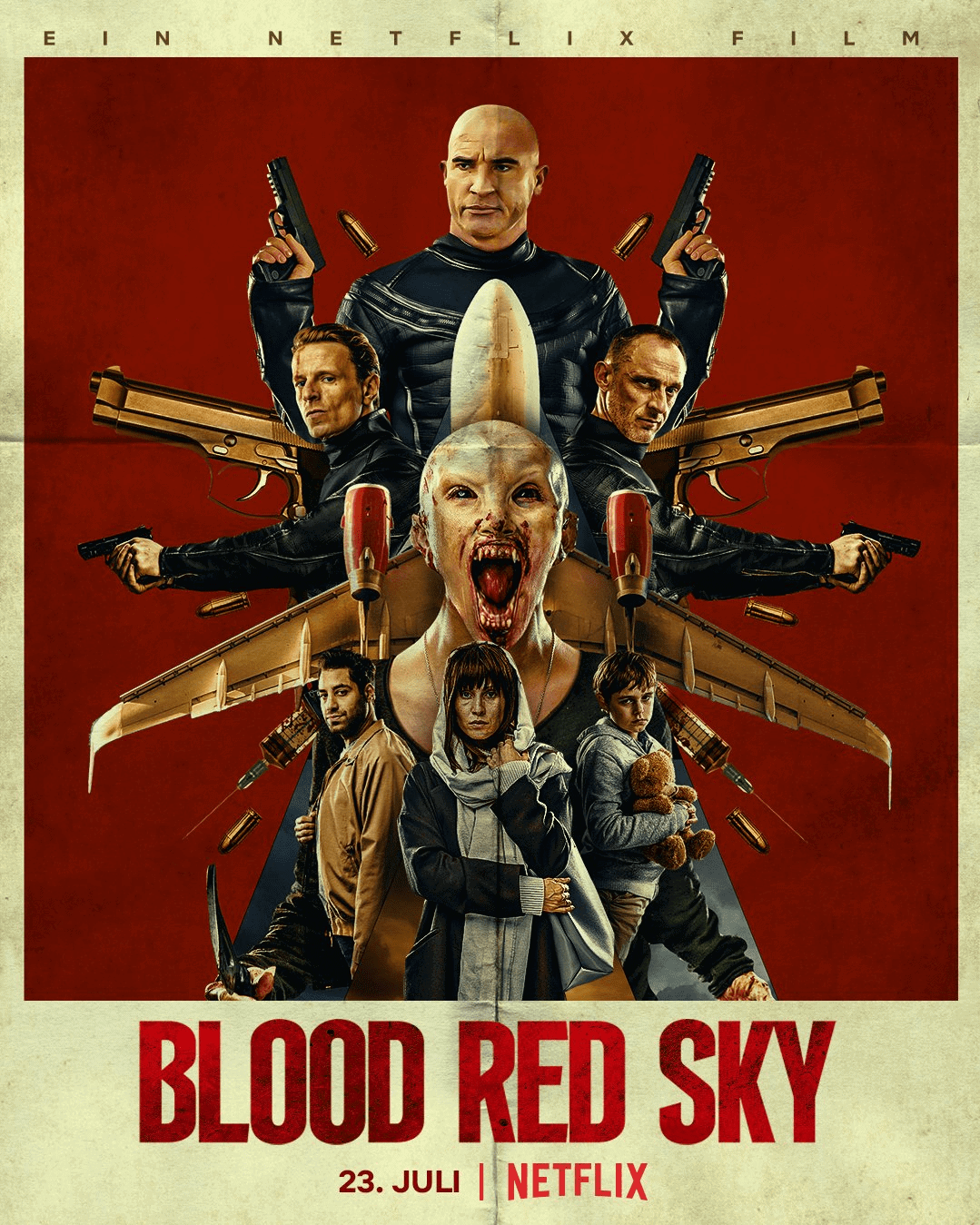 Blood Red Sky: All we need to know about the cast, Synopsis, release date and review of the German Movie

Blood Red Sky is a German action, horror film. It is directed by Peter Thorwarth, written by Peter Thorwarth and Stefan Holtz. It is produced by Christian Becker, Benjamin Munz, and Rat Pack Film Production. It has 121 minutes of running time. The movie has released in both English and German.

The story of the film revolves around a German widow named Nadja and her son Elias who prepare to board a plane to New York. Nadja who was suffering from leukemia is all set to visit a doctor for her treatment through which she can restore her health. The story follows a hijack that a group of terrorists has done. The Terrorists have hijacked an overnight transatlantic flight where Nadja who was severely ill must disclose a monstrous secret in order to protect her young son.

It is one of the very top movies on Netflix right now. Fans have been reacting on social media too because this movie is wild. Things really take a turn when – spoilers ahead – Nadja is shot and wakes up as a vampire, causing all sorts of complications to the hijackers’ plan. It’s at this point that the movie becomes a very different kind of action flick.

The movie Blood Red Sky was released in both English and German, so there is a mix of acting talent from those two markets. Peri Baumeister plays the role of Nadja, Carl Anton Koch is her son Elias and then Kais Setti, Kai Ivo Baulitz, Alexander Scheer, Graham McTavish, Dominic Purcell and Roland Moller all have roles too.

The movie Blood Red Sky was released one week ago on 23rd July 2021 and has been sitting in Netflix’s top 10 in most markets since then.

The movie Blood Sky has generally received average reviews. Some people found it silly, while others have fallen in love with it.

“An air hostage film mixed with a vampire sounds like a B movie, but it’s far from it,” said one reviewer on IMDB. “This is proper suspense and action and the mix of German and English language just adds to the suspense.”

“The storyline was rather unique compared to other movies of this genre that we’ve seen from Hollywood,” he said. “I felt the mom and her son had depth in terms of their characters and that their chemistry was solid.”

While others have said that they teared up at how this movie ended. It’s certainly not a film to leave viewers indifferent.