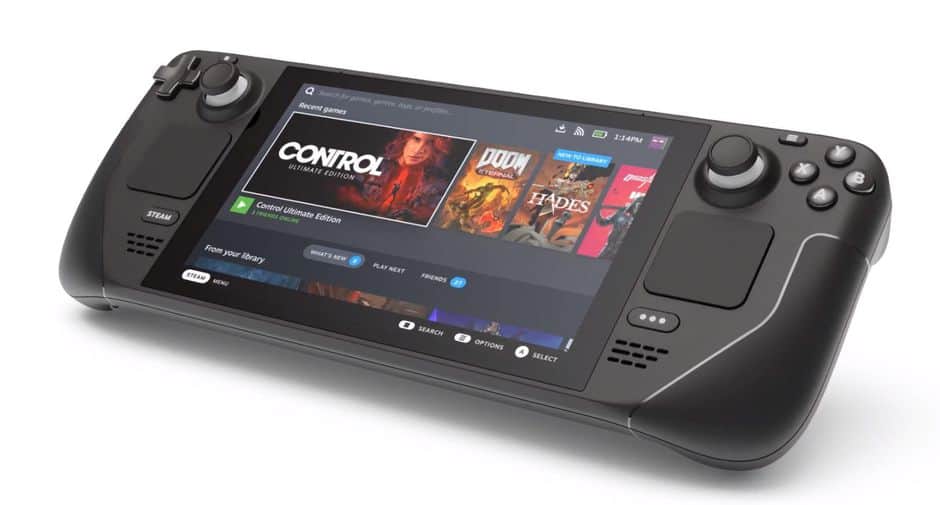 Valve’s Steam Deck has been exposed. Moreover, as expected, this ultra portable game console and PC hybrid has been frequently comparisons. Mostly this is with the Nintendo Switch (OLED model). However, Steam Deck is much more powerful than the new Switch. When the Switch Pro / Switch 2 finally comes out, it will not prevent Nintendo from getting a huge blow in its hands.

Steam Deck: The Zen 2-powered gaming PC from Valve is a performance beast.

The arrival of Valve Corporation’s new gaming laptop Steam Deck caused a great sensation. Moreover, buyers can choose from three configurations of the device. For hardcore gamers, the basic model may not be a good choice. Because of its shape, SteamDeck has been compared with Nintendo Switch (OLED model). Although this is reasonable, it must be remembered that these two game consoles are not real direct competitors. The sheer power of the Steam Deck can easily overwhelm the power of the Nintendo Switch OLED.

Valve’s gaming laptop offers computing performance similar to that of the regular PS4. The Steam Deck can generate up to 448 GFLOPS (FP32; CPU) and up to 1.6 TFLOPS (FP32; GPU). The PlayStation 4 can provide peak 1.84 TFLOPS (GPU), The CPU manages 102.4 GFLOPS. In simple terms, the SteamDeck is a bit of a Zen / RDNA-powered beast.

Nintendo can also rely on its enormous Own game library. This is including legendary figures like Link, Mario and Kirby, to maintain fan loyalty to the brand. Nintendo Switch consoles are still selling in large numbers. However, not everyone is more satisfied with the launch of OLED models instead of Pro models. The popularity of this console indicates that Nintendo may succeed in the future.

Focus mode in iOS 15 helps you stay on task

Previous articleAirPods & wireless headphones of $62 million: US customs
Next articleGartner: IT Services in India to reach $18 Billion in 2021