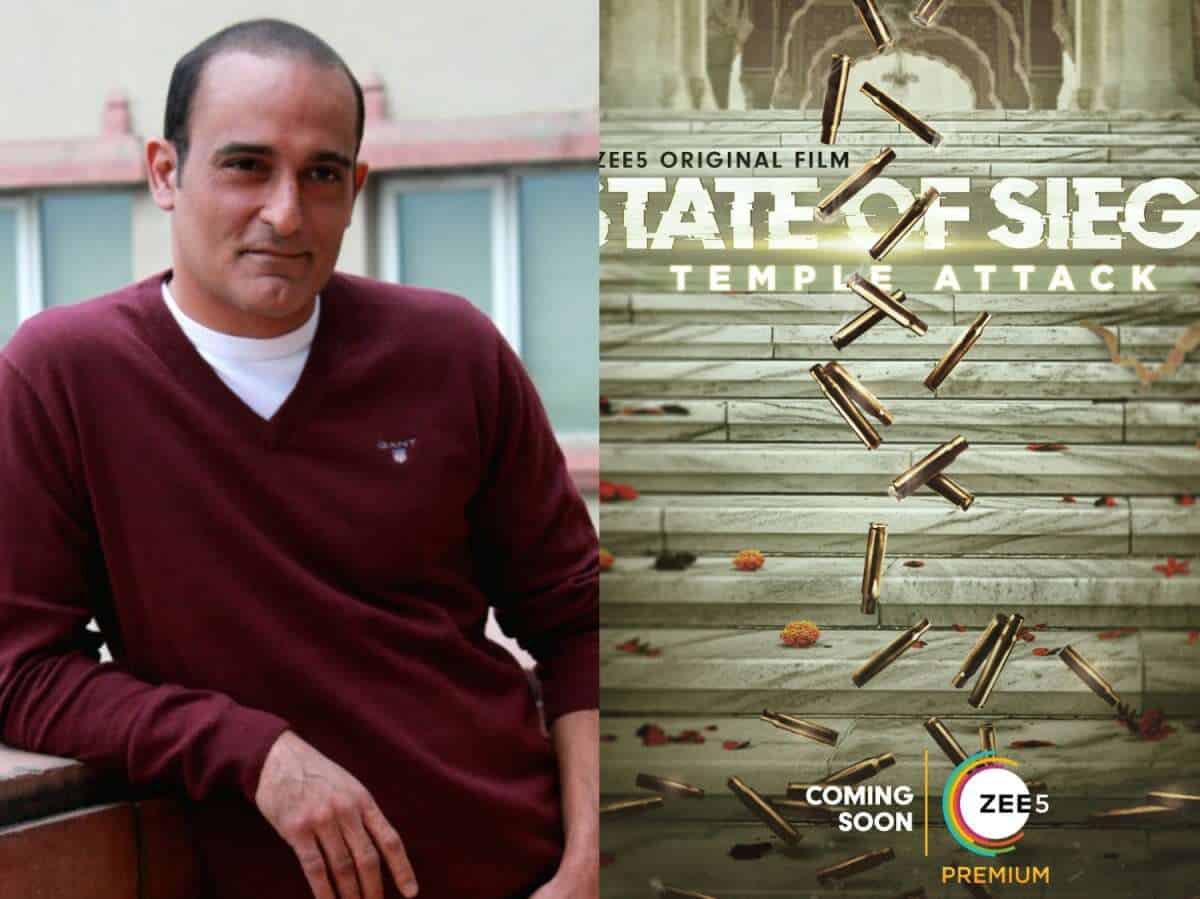 State of Siege: Temple Attack – All details regarding cast, trailer and review

The trailer of Akshay Khanna’s debut web film has released on 2nd July 2021. The trailer reveals to us that the terrorists were visiting the temple and taking all the pilgrims hostage. After they begin to kill the hostages, NSG commander Hanut Singh played by Akshaye Khanna has made his entry to the scene and told his senior that the cops were not trained enough to tackle a situation like this, NSG should engage.

After that moment, immediately the action-packed exchange between NSG and the terrorists has begun. These soldiers would be the safeguard of the pride of the nation, they have said. We can say that this film is a tribute to the NSG. The director Ken Ghosh has said that there involves immense hard work to make this film. The trailer is definitely an adrenaline booster of the film.

The film the State of Siege: Temple Attack stars Akshaye Khanna as Major Hanut Singh, Vivek Dahiya as Captain Rohit Bagga, Gautam Rode as Major Samar, Manjari Faddis as Saloni, Abhimanyu Singh as Abu Hamza, and Akshay Oberoi as Captain Bibek, who have played the pivoted roles in this film. The other casts are Pravin Dabas as Colonel Nagar, Samir Soni as CM Choksi, and Mir Sarwar as Bilal Naikoo. It has also contained some nicely choreographed fist-fighting and bloody fights between the security forces and the terrorists.

The web film the State of Siege: Temple Attack has released on 9th July on Zee5.

The 110-minute film, led by Akshaye Khanna would be liked by people who like to see a cat-and-mouse chase between heavily armed men and brave cops and soldiers, who can do anything for the nation. But if you are looking at a harrowing tale where it involves killing many peoples randomly then you are in the wrong place.

The director should not have promoted it as a retelling of the Akshardham terror attack of 2002 in Gujrat because the writers William Borthwick and Simon Fantauzzo have only focused on the role of National Security Guard (NSG) commandos. By seeing this we can say that this film basically gives tribute to the NSG commandos. In order to give tribute to them, they went away from the main track about the attack on the Akshardham temple in Gujrat.

Besides two commandos named Major Hanut Singh (Akshaye Khanna) and Major Samar (Gautam Rode), the audience does not get to know much about the other characters to get attached to them emotionally. If the film produces more character involvement it would have helped to build a mental and emotional bond with the audience.

However, State of Siege: Temple Attack falls short of evoking any emotion. In the end, what comes out of the film is a thinly sketched, jingoistic battle between the good and the bad. It never gets you on the edge of your seat as you know all the tropes of this genre and makers never try anything different. The film basically a well-choreographed action sequences and scenes where NSG discussed its plan of action.

The State of Siege: Temple Attack could have been a decent thriller. But when you enter it expecting an insight into one of the historical crises India faced, you come out disappointed.