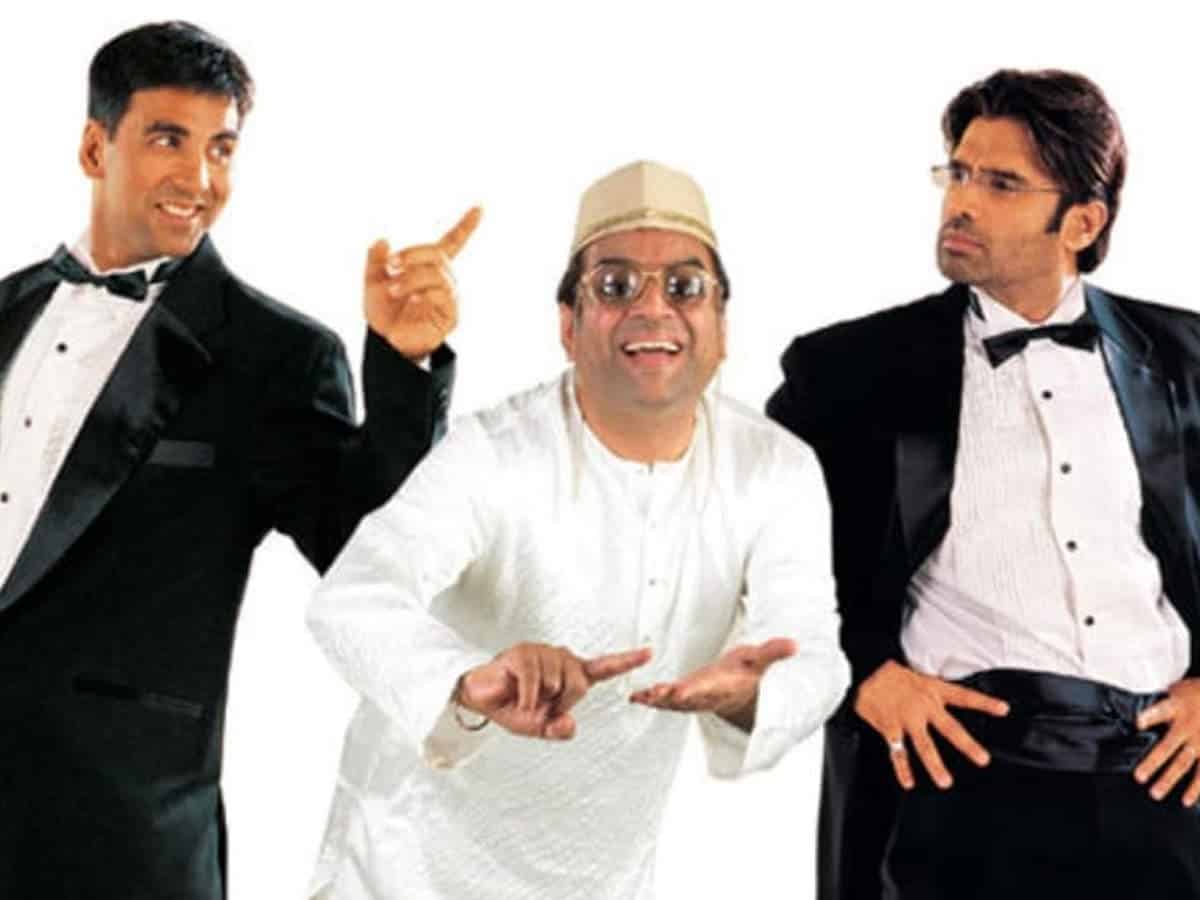 Hera Pheri 3 confirmed by Paresh Rawal, likely to get good news by the end of this year

Paresh Rawal after portraying the character of a coach in Farhan Akhtar’s Toofan, Rawal is now all set to excite us with his great sense of humor through his upcoming movie Hungama 2. The actor tagged the film as a “very clean family entertainer with a good storyline”. He once again collaborates with the director Priyadarshan. This great actor-director duo has served many hit films together to the audiences, it includes Hera Pheri, Chup Chup Ke, Hulchul, and Bhool Bhulaiyaa to name a few.

Paresh Rawal has described the director and his style of filmmaking while having a conversation with indianexpress.com, “He has a lot of clarity about what he wants in his film. He has clarity about the characters, storyline, treatment of the story. He has a sense of proportion in comedy, which is very vital for the genre because you don’t want to go overboard. Also, the way he shoots his film… less fuss and maximum results are commendable. He has been experimenting in regional cinema. So, that benefit is also what our Hindi cinema is getting in terms of characterization and storyline. So, let’s say, with him, we are getting the best of both worlds.”

While talking about the script with the actor Paresh Rawal, he admitted that there founds a “positive change” in Bollywood. He also said that he finds the film industry more “disciplined, organized, and innovative” nowadays. But it has to be accepted that it also faces a lot of competition from the South Indian film industry.

“It is more disciplined, organized, and innovative. Of course, not as innovative and disciplined as the South industry. Our industry is changing because of new directors, new actors, and writers. So, we are gearing up for the golden period of Hindi cinema. Now, we are doing our scripts and not something which is borrowed, lifted, or stolen. We are talking about ourselves and our problems now. So, it is a positive change,” the Coolie No.1 actor said.

Paresh Rawal calls himself an ‘amalgamation of Amitabh Bachchan, Naseeruddin Shah, and many more.’ “I had many people I looked up to. I have not been to a formal school of acting. I looked at these people, learned from them, and with my own trial and error method, I kind of arrived at a certain kind of acting. So, I would say I am an amalgamation of many actors like Balraj Sahani, Amitabh Bachchan, Naseeruddin Shah, and more. In theatre, I admired Shriram Lagoo, Arvind Joshi, Chandrakant Thakkar, and many more. I learned a lot from them,” Paresh Rawal recalled.

The 71-year-old Paresh Rawal has also shared that he loves to watch Malamaal Weekly, Awara Pagal Deewana, and Hera Pheri’s first part. He also expressed his opinion on the recreation or remake of films.

“Some films can be revamped or recreated. However, films like Guide, Ganga Jamuna or Mughal-E-Azam, and even Sholay should never be remade or recreated. People should not corrupt these films as they are classics. That’s it. You can learn from them but don’t try to repair them because there is nothing to be repaired. There is nothing broken in these films to repair. These are perfect films,” Paresh Rawal opined.

When asked about Hera Pheri 3, the actor replied, “They are trying to work it out. Hopefully, by the end of this year, you will get good news.”