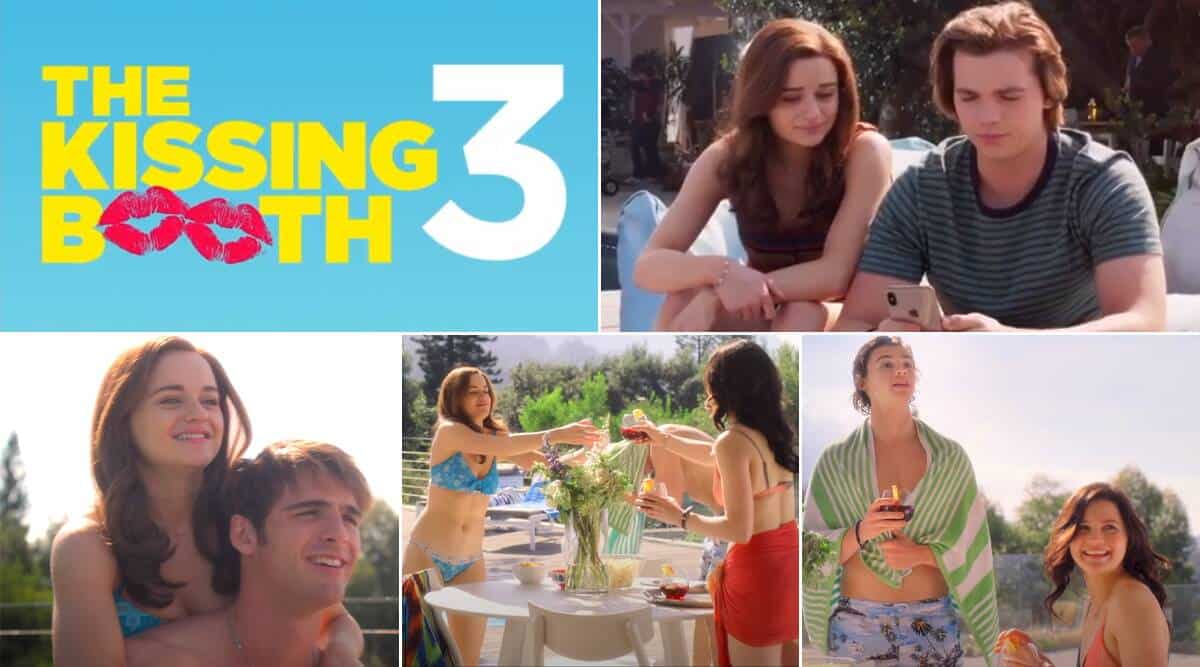 Kissing Both is an American teen romantic comedy film. This film is based on the 2012 novel named The Kissing Both written by Beth Reekles. It is directed and written by Vince Marcello and produced by Ed Glauser, Andrew Cole-Bulgin, Vince Marcello, Michele Boyut. Its production companies are Komixx Entertainment, Picture Loom Productions, and Clear black Films. This film has already two sequels. The third one is going to release soon this year. The Kissing booth was firstly released on 11th May 2018 and the second sequel was released on 24th July 2020.

The Kissing Booth is a story of two best friends Elle and Lee, who have made promises and a list of them when they are children. But then things started to turn out different as Elle eventually broke the promise by falling in love with her long-time crush who is but none other than Lee’s elder brother Noah. Elle and Lee’s friendship came at risk as lee discover the fact that Elle and Noah were in a secret affair. But somehow Elle manages to convince her best friend Lee. Elle and Noah got reunited and Lee started to understand their feelings for each other.

The Kissing Booth is one of the most anticipated movies on Netflix due to its second sequel’s suspense thriller ending. This sequel will be the third and last sequel of the movie. It has also become popular because at the time of the release of the second sequel there were no major movies on theatres i.e. the last year’s summer. This helps it to secure one of the biggest Blockbuster movies of summer 2020.

The ending of the second sequel has made the fans more excited about the third sequel. All the audiences are eagerly waiting for the third sequel of Kissing Booth and all its details regarding it.

Trailer and its Synopsis

The trailer of Kissing Booth 3 was released on 7th July 2021. It will be the continuation of the last sequel. In the last sequel, we have seen that Elle has decided to hide the news from Noah and Lee about which college she will get admitted to. Although she has been selected by Cal-Berkeley and Havard, she said to them that she was wai-listed so that she can get some more time for herself to maker the decision.

We all know that this will also explode in her face like other decisions which she has made earlier. Then again she would have to try to put it all back together.

In the trailer which was released recently, we have seen Elle receive a call from Havard Admissions but she ignores the call in front of Noah.

This arises the question in the mind of the audience that whether she will be going to choose Havard over Berkeley or not. Whether she will turn down Havard and they will call to check back in and convince her to change her mind or not. What will happen next! For that reason, we have to watch Kissing Booth 3. It seems that it will not be the most far-fetched thing like the last sequel.

On top of everything it does not seems that Marco will let Elle go. It will be exciting that how much Marco will do with the plot of this last and third sequel of this movie.

“It’s the summer before Elle heads to college, and she’s facing the hardest decision of her life: whether to move across the country with her dreamy boyfriend Noah or fulfill her lifelong promise to go to college with her BFF Lee. Whose heart will Elle break?”

The Kissing Both 3 stars are as follows:-

The Kissing Booth 3 is going to release on Wednesday 11th August 2021. It will release on Netflix.