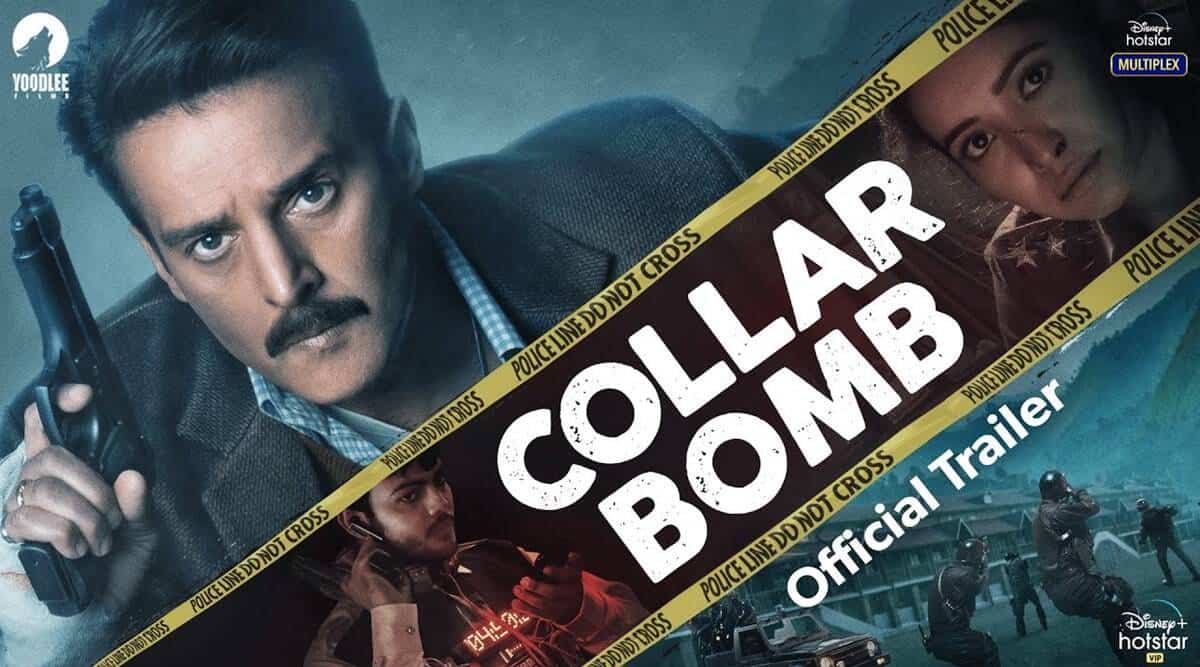 Collar Bomb is a crime thriller action-based movie. It is directed by Dnyanesh Zoting. It is produced by Vikram Mehra and Siddharth Anand Kumar. Its production company is Yodlee Films and 3 Earth Entertainment. The story of the film revolves around a celebrated cop Manoj Hesi (Sheirgill). He has a haunted past. His life has turned upside down when he was forced to follow the commands of a suicide bomber who threatens to blow up a school.

Trailer and its short Synopsis

The trailer has been released on Monday, 29th June 2021 on an OTT platform named Disney+Hotstar. The trailer shows us that the film seems to be an edge-of-the-seat affair with a lot of twists and turns in it.

Speaking about Collar Bomb, Jimmy Sheirgill the lead actor said in a statement, “Collar Bomb is a really special project for me as it’s a highly captivating thriller series about an unimaginable hostage situation. While I have portrayed the role of a police officer before, the role of SHO Manoj is much more intense, complex, and dark, thereby allowing me to play around with a range of complex emotions.”

The official synopsis of the Disney Plus Hotstar release reads, “Haunted by his own past, a glorified cop’s life is thrown into chaos as he is forced to commit a series of heinous crimes before a suicide bomber blows up a school. As he races against time to complete this scavenger hunt from hell, the idyllic town around him descends to madness, confronted by an evil that seems to have no other objective than to strike raw, primal, terror. Over the course of the film, the mystery around the cop’s own past is also unraveled.”

Here we present the Trailer:-

Collar Bomb is going to be released on 9th July 2021 on Disney Plus Hotstar.