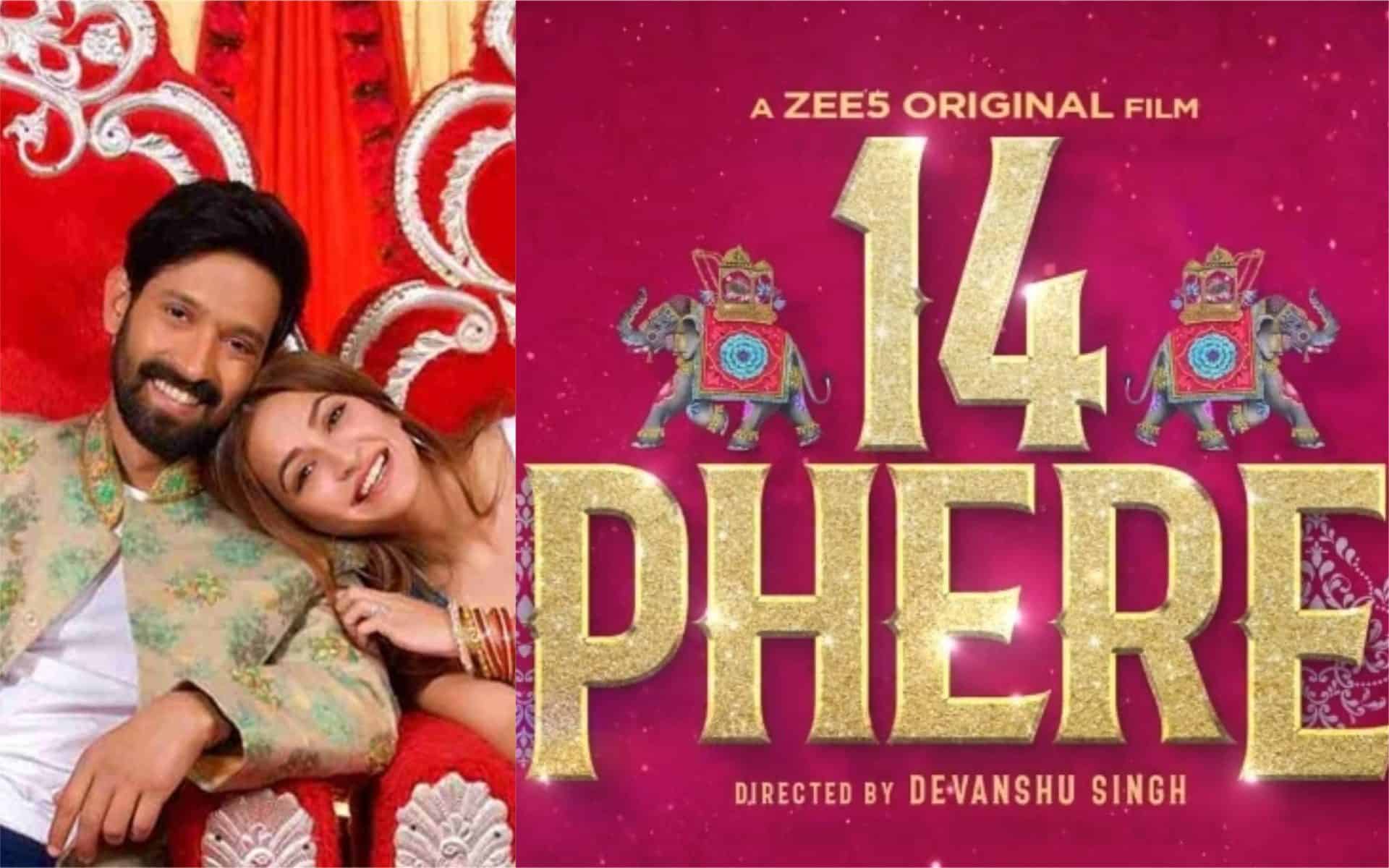 14 Phere is an upcoming social comedy-drama movie. It is directed by Devanshu Singh, who is known for directing Chintu Ka Birthday, and written by Manoj Klawani. It is produced by Zee Studios. The movie is being set as a ‘social comedy’ by the makers.

14 Phere upcoming film stars Vikrant Massey and Kriti Kharbanda are all set to release it on an OTT platform named Zee5. It is expected that it will release in the next month. The teaser of the movie is released today i.e. Monday, 28th June 2021. It revealed the names of the lead characters Sanjay and Aditi.

Talking about the film, Vikrant Massey said that 14 Phere is “made for the Indian heartland filled with drama, comedy, quirkiness and a lot more. It will definitely be a great watch for families. It is highly relatable, and I hope the viewers thoroughly enjoy themselves when it premieres on ZEE5.”

Kriti Kharbanda said in a statement, “I remember the first time I read the script of 14 Phere. It was everything I was looking for. Drama, emotion, relatability, and a strong character. Aditi has become a part of my personality in more ways than one. I can’t wait for the audience to watch the story unfold on ZEE5. Imagine the drama and chaos of a typical Indian wedding, and then multiply that by two! The viewers are surely in for a joyride.”