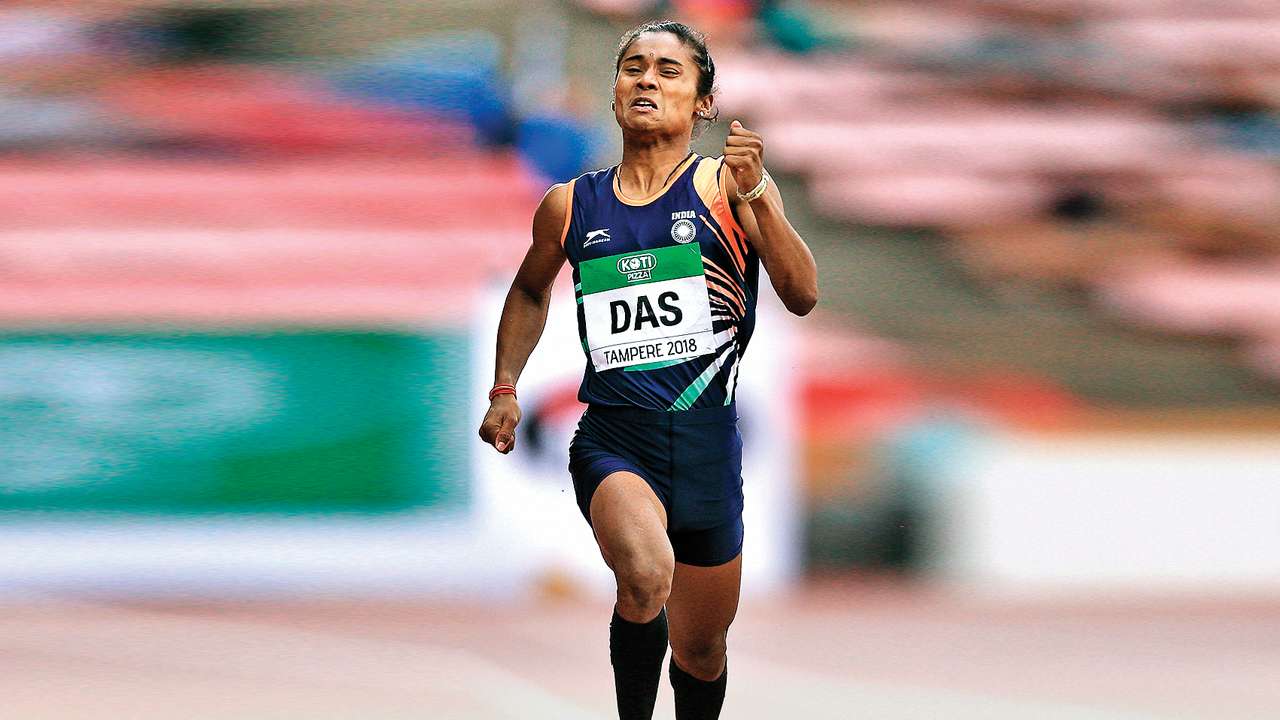 Indian sprinter Hima Das suffered a muscle injury on Saturday at the ongoing 100m heat at National Inter-State Athletics Championships in Patiala. Due to this, she might not be able to participate in the final title race.

“We hope Hima Das recovers ASAP after muscle pull during 100m heats this morning at Inter-State meet,” the Indian Athletics Federation has messaged on its official Twitter Page.

Hima Das is on the verge of missing the Tokyo Olympics as she is yet to qualify for the showpiece. However, she did complete the race and finished third in heat with a timing of 12.01 seconds. She also qualified for the final, but it is not confirmed whether Hima will participate in the title race due to the hamstring injury.

It would be a huge blow to the 4x100m women’s relay team’s qualification if the injury of Hima Das turned out to be serious. Hima Das is an important part of the quartet, including Dutee Chand, Dhanalakshmi and Archana Suseendran. If she doesn’t play in the relay team, the process of going to the Tokyo Olympics tournament seems hard for the Indian team.

Hima Das is also trying to qualify for the 200m race in the Tokyo Olympics. The sprinter from Assam is, unfortunately, suffering from a lower injury for a long time.

Hima Das made her personal best of 22.88 seconds while running in the 200m race at the IGP 4. However, sadly she missed the automatic qualification mark of 22.80 seconds. Hima Das’s last chance for entering the Tokyo Olympics is the current tournament which is also in danger because of her hamstring injury.