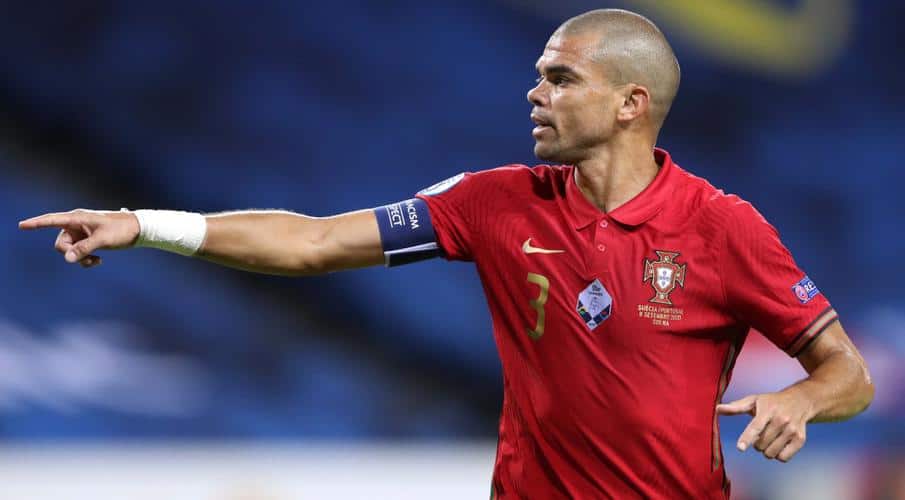 Portugal defender Pepe is proving that age is just a number as he is still playing at the highest level even at the age of 38 years and 4 months. He is the oldest player in the Euro 2020 tournament but has played in every game for Portugal and has been in superb form.

“If things are going badly, he revolts. He gets angry when he doesn’t win and he got us doing that as well.

“He always plays with the same high intensity. He was like this at Real Madrid, he’s like this at Porto and will continue to be like this.”

Pepe along with his Portugal teammate Joao Moutinho are now equal with Bastian Schweinsteiger for the matches played at the European Championships (18). They only trail behind their countryman Cristiano Ronaldo who has played 24 matches in Euros.

Pepe said: “I love what I do: playing football.”

“I have the privilege of doing what I love. Every day I get up and get so much pleasure from my job.”

Pepe is also the fourth-most capped player in Portugal’s history with 118 appearances. He is only behind Luis Figo (127), Moutinho (134) and Cristiano Ronaldo (178).

Pepe’s Porto teammate Toni Martinez said: “He has the mentality of a champion.”