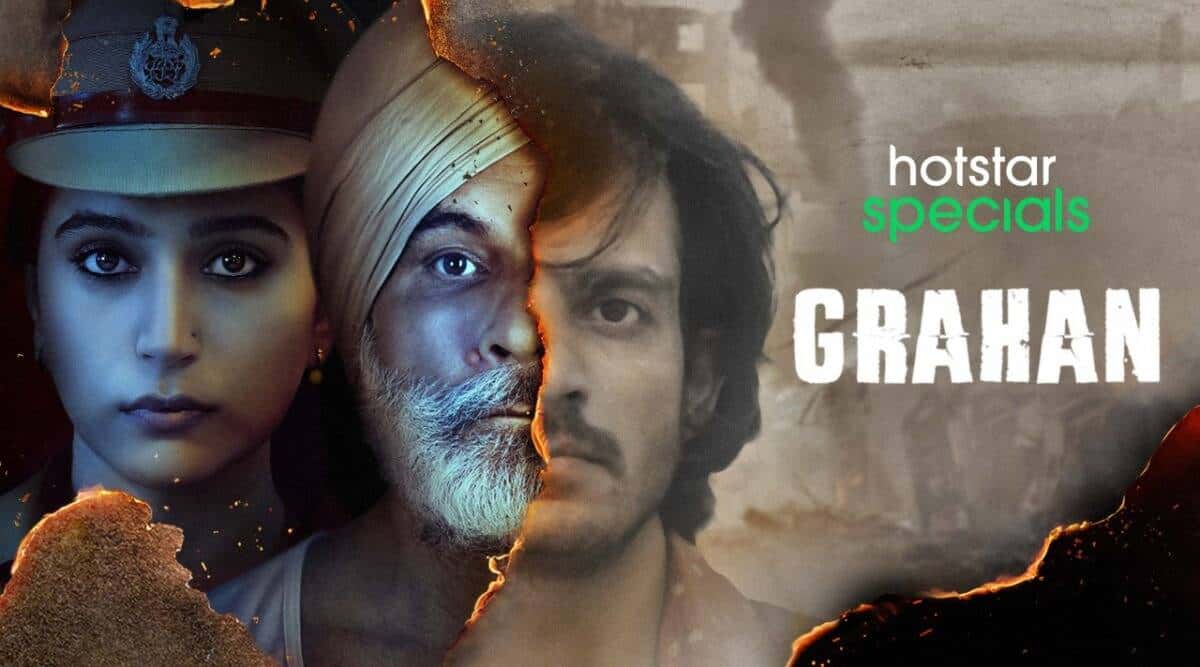 Disney+ Hotstar has recently released Grahan on Thursday. It is directed by Ranjan Chandel. It is inspired by Satya Vyas’s popular novel Chaurasi, it is a story where two worlds cross over that are three decades apart but they are connected by a truth. It has starred Pavan Malhotra, Zoya Hussain, Anshuman Pushkar, Wamiqa Gabbi, Teekam Joshi, and Saidur Rahman. Grahan is an 8-episode series full of many emotions and it will also overwhelm the audiences from time to time, but it fails to leave a deep impact on the audiences.

Righteous IPS Officer Amrita Singh (Zoya Hussain) have believed in herself that by using her power she can bring changes in society. She was posted at Ranchi, she used to live with her Sikh father (Pavan Malhotra). Her father wants her to marry and move to Canada with her fiance Karthik (Nandish Sandhu). But suddenly she got involved in a case where an honest journalist have been killed due to which she got the attention of Top politicians who tried to influence her. She got tired from the constant interference of “upar se orders” on her cases. She was about to give her resignation but at that time she was asked to reopen the reinvestigation into the 1984 anti-Sikh riots in Bokaro.

In the story there comes the twist, she found her father Gursevak as the prime suspect in Rishi Rajan’s case. Her world started crashing down after discovering this news. It was followed by a tough battle as she thinks her whole life is a lie. As the case proceeds, she questioned herself with her basic identity. Her father was kept silent all the time while she faced the confusion of whether to save her father or to stand by her beliefs.

This story moreover highlights the love story between Gursevak’s Rishi (Anshuman Pushkar) and Manu (Wamiqa Gabbi), which is set in the 80s. They both meet in an unlikely situation in Bokaro and they secretly started to write their love story,  the assassination of Prime Minister Indira Gandhi wreaks havoc in their world. The town was out of vengeance and Rishi leads a team of rioters who set his lover’s house on fire. What’s the reason behind it? Did he do it or there’s something more to this?

Grahan is a story of two star-crossed lovers and a daughter pining for truth. This series also shows us casteism, sexism, and poverty in the country. Grahan also delivers a strong message about how people are reduced to pawns in the game to wield power, but it falters when it actually tries to sermonize through Amrita’s character. When your narration is strong enough to show that violence never does any good, one doesn’t need words to put emphasis on it.

As a whole Grahan has engaging content and it will keep you stuck till the end of the seven hours of content. Even if ‘Khoon Kharaba’ or ‘investigative drama’ is not your cup of tea, you can give the charm of first love a try.