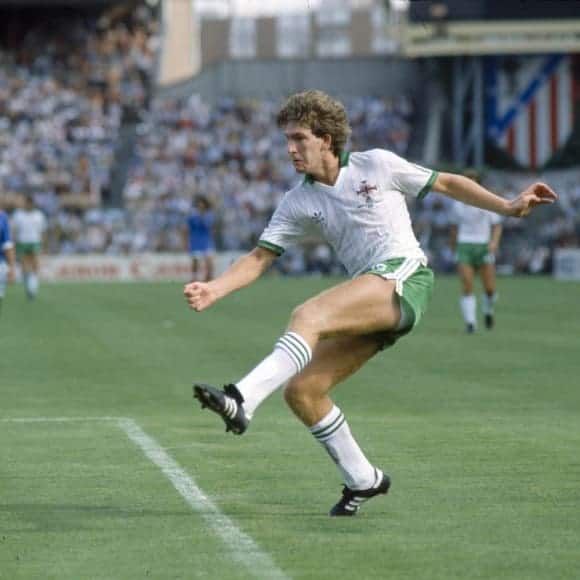 Who is the youngest player ever to play in a World Cup match?

Poland’s Kacper Kozłowski made history on 19th June as he became the youngest player ever to play in the European Championships.

But do you know who is the youngest ever player to play in a World Cup match? Let’s find out:

Northern Ireland player Norman Whiteside is the youngest player to ever play in a World Cup match. When he made his debut at the 1982 World Cup in Spain, he was just 17 years and 41 days old.

Norman Whiteside (born 7 May 1965) is a Northern Irish former professional footballer who played as a midfielder and as a striker.

Whiteside began his career at Manchester United, signing professional forms in 1982 at the age of 17 and quickly becoming a key member of the side. He scored 68 goals in 278 league and cup appearances for the club over the next seven years, picking up two FA Cup winner’s medals in 1983 and 1985, as well as playing in the 1982 FA Youth Cup final, the 1983 League Cup final, and the FA Charity Shield in 1983.

He remained with United until July 1989, when he was sold to Everton for £600,000. However, he retired from playing two years later, aged only 26, due to a knee injury.

Previous article
Facebook smartwatch: Release Date, Price and Leaks
Next article
New Signing of Memphis Depay: Will it be a boost to Barcelona’s attack?